Challenge! Messages
More...
Days on the site
1672
Past Opponents
13
Recommendations
13 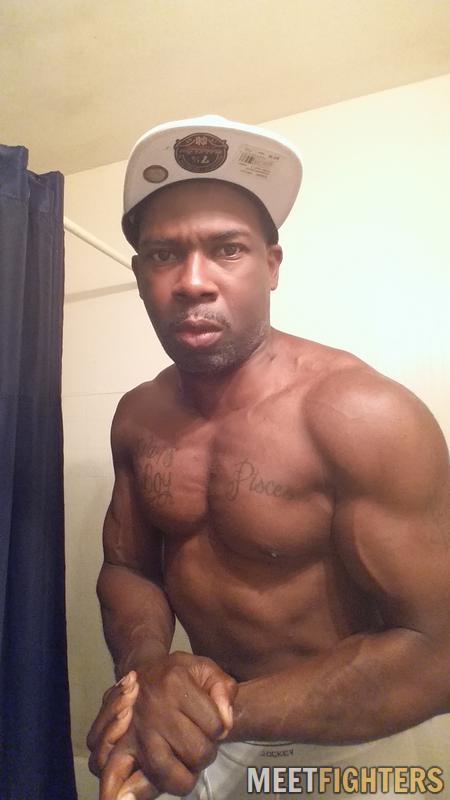 I'm a 5"10, 198lbs Ibs Straight Afro-American looking for Guys or Girls to have matches with. If I Send you a Message and you're not interested, please let me know, it's all Good, I know Some of you are looking for Certain things on here, But if interested, By All Means, Bring it!!!😈😈😈😈😈

BLACK OPS is recommended by Theblackphoenix

What can I say about this guy. he is strong and focused abd kinda of a bully on the mats....and I like to take on bullies lol. An awesome guy off the mats. We had a good rough match. He showed me a few thing as well. I didn’t get one tap out of hun...This time lol...If you are looking for something competitive and a push to your limits or want to discover what those limits are...this is your guy. We also tried a variety of wrestling styles.

Theblackphoenix is recommended by BLACK OPS

Had an Awesome Match with this Guy, He's Scrappy and will Fight you to the End, Enjoyed Every Minute of Our Clash, Definitely looking Forward to Round 2, let's Get it On!💯💯💪💪💪

BLACK OPS is recommended by Newguy12

Had a great match with BLACK OPS , he’s a definitely a tough fighter with great holds and moves . He definitely made me bring my A game the whole match . Watch out as he tries to grab your arms and hands he gets very lethal . Overall I had a lot of fun with him can’t wait for a rematch

Newguy12 is recommended by BLACK OPS

Finally Got an Oppurtunity to Get My Hands on this Guy And I've got to Say he's Competitive, Even with the Punishment I dished Out to Him, Had alot of Fun Though, Definitely pumped For Round 2 When it Happens. 😈😈😈😈😈

Strong as an ox! Really glad I met this guy. Dangerous headlocks, and knows how to dish out pain. Had tons of fun and can't wait for another match with this guy!

Finally Got my Chance to Wrestle this Guy and Let me Tell You, I Hit Him with Everything but the Kitchen Sink, The Match Itself was alot of Fun, He's a Mad Cool Guy who definitely Can Take alot of Punishment, Can't Wait for Round 2.😈😈😈💯

BLACK OPS is recommended by DiscreetFighter

After weeks of enduring this guys challenges I finally got to meet him in person. He definitely didn't disappoint in strength...glad to have met him and definitely enjoyed locking horns with him. Friendly guy as well, so next time I see you around, its on again!

DiscreetFighter is recommended by BLACK OPS

Had the Honor of Meeting this Gentleman and locking horns with Him, he did not disappoint. He's Got a Pleasant Demeanor, We hit it off right away, He's Pretty strong as well. Gave me All I wanted, Truly a Fun Guy to Wrestle, Can't wait till the Next Go-round.😊😊

BLACK OPS is recommended by StayReady

Slambrotha lives up to his rep . Calm , cool and collected during conversation but a beast on the mats. He’s not one to underestimate or play with . If your looking for a tough but enjoyable match , hit him up . Highly recommend and looking forward to future meets

StayReady is recommended by BLACK OPS

Man, I had Soo much Fun Wrestling this Guy, he's gotta lot of heart and Moxy, he doesn't back down one bit. I luv that. Wrestling Aakingman was Definitely worth the Wait. looking forward to A Rematch in the Near Future. Bring it!😉😉😉😉

BLACK OPS is recommended by Tyga

After years of communication, I finally got to meet this cool guy. He is incredibly strong and has solid upper and lower body strength. Very mindful of his power while on the mat as well.I deff look forward to a rematch in the future!

Tyga is recommended by BLACK OPS

Finally Got my Chance to Wrestle this Guy And Man did I have Fun, He's extremely Quick for his Size and He made me work for everything. Plus He's a Very Considerate Guy and Great to Chat with, Greatly looking forward to Many More Battles in the Near Future.😊😊

C-brawler is recommended by BLACK OPS

Finally got the opportunity to Wrestle this Guy and he did Not disappoint. Had a great Rough and Tumble Time. It was Alot of Fun Indeed.

BLACK OPS is recommended by AtlBlkWrestler

Can you say, Black Ops Training 😳! Be ready for some action and to be slammed. He is the real deal, but I look forward to round two. Overall, he is mad kool but watch out for his headlocks. He has incredibly strong arms that squeeze like an anaconda. Slam, just know you won this tiny battle but I will win the war.

AtlBlkWrestler is recommended by BLACK OPS

Had lots of Fun Scrapping with this Guy, AtlBlkWrestler definitely has some Strength about it. But So do I. I quickly reminded him of that. 😈😈😈. Overall though. He's a Very Chill, Funny, Down to Earth Guy to be Around. I look forward to Facing him again Anytime. 😊😊

BLACK OPS is recommended by Canttouchthis123

This guy was great to wrestle! Met up this weekend and he was awesome. He’s really tough and taught me a few things. Glad to have met him and y’all should definitely wrestle him.

Canttouchthis123 is recommended by BLACK OPS

Man, All I gotta Say this Guy is Alot of Fun to Roll with, This was his First Wrestling Match but it didn't look like that at All, He's a Tough lil Bugga, We did sum Submission and pro and we had a Ball. if you Get an Opportunity to Wrestle Canttouchthis123. Don't hesitate to. He's definitely a worthy opponent.💪💪💪👍

BLACK OPS is recommended by DuvalBlack

Got the chance to lock up with Slambrotha last week. It was an awesome time. This dude is definitely as strong as he looks. He is a skilled and aggressive competitor. He is pretty quick too. Nice guy off the mats. Good match, good convo, good time. You should definitely look him up if you in the area. I'm sure we will meet again.

DuvalBlack is recommended by BLACK OPS

What Can I say about this Guy that hasn't been Said already??? I've wrestled him,Twice and both times I've had my Hands full, he's unbelievably Quick for his Size. Along with His Strength to boot, He's definitely No Push Over, Off the Mats, he's a Great Guy to conversate with, Very Easy to Get along with, He also taught me a Few things about Pro that I will be forever Grateful for, If You truly want competition and a Challenge, DuvalBlack is Definitely the Man for that. Salute my brother.💪💪💪

BLACK OPS is recommended by Tc3000

Slambrotha is a very strong wrestler, very nice and down to earth,he put me in holds and I tried putting him in some too,I recommend any wrestler on this site to wrestle him he is very cool and not out to injure u just wrestle,I look forward to wrestling him again💪💪💪

Tc3000 is recommended by BLACK OPS

I gotta Say, Wrestling this Guy was Fun indeed, he's Got Some Power behind his moves. He almost had me a Couple of Times. Definitely looking forward to Wrestling him again. 💪💪💪

BLACK OPS is recommended by Virgo419

Man listen, by far one of the strongest opponents I’ve faced thus far. Strong and knows his moves and he will pose on you if given the chance lol. Also a great dude to talk to. If you’re in the Charleston area, make sure you make a pit stop to check him out.

Virgo419 is recommended by BLACK OPS

A very Good Guy and was fun to roll with, talks alot of Trash, but it's all Good, I would definitely recommend this Guy to Anyone on here for future bouts.💪💪💪

BLACK OPS is recommended by Nakofi

Very easy going, reliable, and accommodating. I was nervous but he has a friendly, relaxed demeanor that instantly puts a person at ease. Slambrotha has a powerful body that he is more than happy to use to crush, squeeze, trap, and stretch his opponent. For the most part, we were evenly matched but he really hurt me a few times squeezing me in a bearhug and trapping, stretching me in a full nelson/scissors combo so I retaliated by locking him in a few tight scissors and sleepers. We will definitely meet up again and soon.

My first rematch and he came ready with even larger, more powerful arms and a massive chest. His go to maneuver was simply to get either my neck caught between his arms and upper body in a crank or my torso in the most excruciating squeeze I have ever felt, I had to nurse my ribcage for 6 entire minutes, it still hurts. The man is a beast!!!! However, the beast can be tamed. Whereas his strength in his arms and cranks and bearhugs, mines is in my legs and bodyscissors as I kindly reminded him. I also was able to practice flipping him to get out of his holds even though I soon ceased doing such since it became too much of a hazard. In short, Slambrotha is more than a match for any person on here who wants an intense wrestling match. He is has the build of a bodybuilder and the strongest arms and chest I have ever felt!

Nakofi is recommended by BLACK OPS

When we met up and begin to wrestle, I definitely felt the power that Nakofi has. his bodyscissor has sum incredible power behind it. Got me to tap a few times. He's a very cool, down to earth guy who I enjoyed wrestling very much. Can't wait for the next match!

Rematch time, I finally got to have a Rematch with Nakofi and it Seems like he has gotta Stronger! His leg Scissors still has incredible power being them and He reminded me quickly of that, Definitely had alot of Fun Wrestling Him Again .

BLACK OPS is recommended by ready2fight

A very humbling experience as I was dominated in every facet of our match. I was not only overpowered by his strength but also had no answer for his grappling skills. However, as tough as he is, this guy is also soft spoken and gracious in his demeanor. Overall, just honored to have met him and cannot recommend enough to any wrestler passing through Charleston.

ready2fight is recommended by BLACK OPS

VERY NICE DOWN TO EARTH GUY, WAS ALITTLE NERVOUS AT FIRST WHEN I MET HIM, BUT I SOON FOUND HIM TO BE VERY ACCOMMODATING. HE'S QUICK AS A CAT EVEN THOUGH HIS WRESTLING SKILLS ARE OKAY, WE HAD A PRETTY GOOD MATCH, I'D DEFINITELY BE INTERESTED IN A RE-MATCH ANYTIME.