Invite to chat Challenge! Messages
More...
Days on the site
126
Past Opponents
18
Recommendations
8 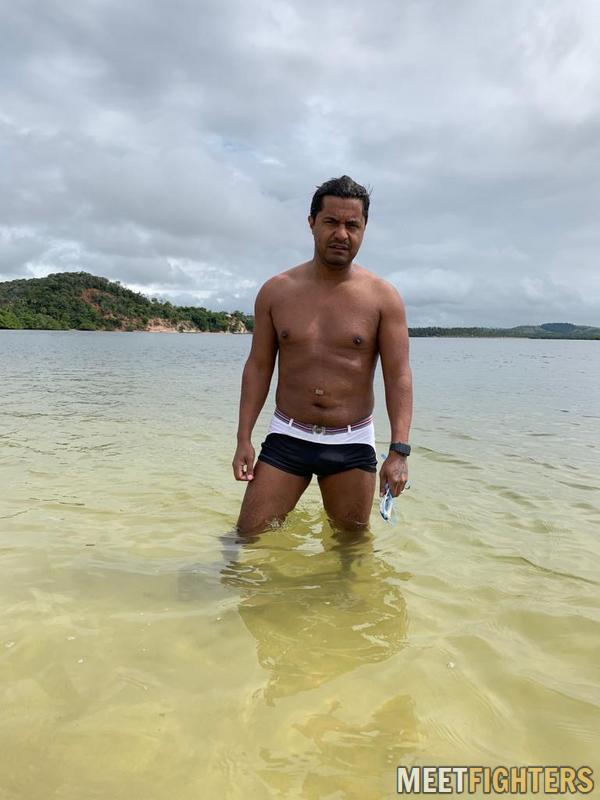 Amateur Wrestler I like role play Super Heroes and spandex also. I like being a jobber, but that doesn't mean it will be easy for you! My style is more pro British Wrestling for the 80s, but I'm open to other styles. I'm married with Neck428 since 2017, and we met here on Meetfighters.

I met Battleboy at Robert England's mat room where he approached me with a wide smile, a handshake and an invite to wrestle.
One tip for you...don't mess up his hair, as it can result in long held pins in erotic positions!
.
He is undoubtedly one of the best looking, most attractive guys I have ever met and it was a pleasure to trade holds with him, switching roles in a very sexy afternoon of fun, followed by a pub carvery dinner, to end a perfect day!
.
Meet him if you can.....He is USA based now, but I would certainly travel over the pond for a second round!

My friend and opponent is a blast! Wrestle against him is always fun and hot! We not seeing each other for a long time now, what just make the want to beat him bigger and bigger! This guy is a gentleman and I never forget our first time, I have several photos to remember this day also, and is always a good and hot memory.

My friend after all this pandemic situation over, we need cross this pond between us and let's roll on the mat!

Battleboy BR is recommended by CheshireCat

Met Battleboy BR at Roberts matroom in Barnsley, a few years ago. He was accompanied by Ted Chackry. The four of us spent a couple of hours changing opponents. An amazing chemistry developed as he and I tackled one another and chatted afterwards. We are still in contact with a great rapport. He is very intellectual, super-toned and very sensual

CheshireCat is recommended by Battleboy BR

We have known each other for so long that sometimes it seems that we live on the same continent. Our contact was very pleasant, even though I remember your hands touching me and how hot the action was, I hope we can meet again, now in the USA or again in the UK. If you have a opportunity to face this wrestler, come on, do it!

Claims to be a jobber.....lets just say more of a back and forth playful hard ass. I had a great time with BB and the bonus is hes a local and both of us are anxious to get together again. After a few weeks of listening to his barrage of threats the beat down he received was well earned and especially gratifying to me. But the guy doesnt quit and letting my guard down for a moment proved to be a mistake. Hes strong and knows how to apply holds that can turn a bigger guy into helpless prey. He deff gave me some pay back and I loved every minute of it. Highly recommend meeting BR if you get the chance.

SlowSubs is very strong, when I saw his photos for the first time I imagined, "wow this guy will be a lot of work!" I nailed it!
The secret to fighting my friend SlowSubs is? Never let your guard down, stay tuned and at the first opportunity you have, fly around his neck, and hold tight, ding ding ding the bell gonna ring! But in other hand if you miss the opportunity, he gonna smash you like a fly with his big arms, yes I know how is, believe me... I like a lot!
If you have the opportunity to fight SlowSubs, don't think twice, we for sure gonna meet again and again and again!

Battleboy BR is recommended by rhss4682

What a great guy, on and off the mats. We had an amazing match and I couldn't have asked for more. It was intense and sweaty, just like wrestling should be. We also had great talks, which means he's friendly and easy going as well. I'd definitely wrestle him again and highly recommend him.

rhss4682 is recommended by Battleboy BR

Wow this guy is my mate! Gentle, trustworthy, a very good person and a very hot heel inside the ring! Our fight was amazing, I wish I had more time to fight all day! If you go to Brazil be sure to contact this wrestler, I recommend! He is my friend!

This guy may claim he likes being a jobber but he sure took me on with all intentions of kicking my ass . He didn’t give me an inch and we both worked hard for our taps . So lucky that he has just moved to Phoenix . I’m hoping for many more hard fought battles in our future . Recommend this guy thoroughly!

We had a lot of fun and sweat in the matt! This fighter will make you sweat a lot! If he plays as heel get ready, he has a perfect selection of shenanigans to torture you and turn the fight around in his own favor. I want my rematch!
I recommend fighting with him always!

Andre is a great guy -very respectful and a lot of fun to wrestle - would recommend a match with him anytime!

We had a very good time! Mr AZ is smooking hot in his white boots, very nice person in and out of the ring! For sure we go wrestle more times!

Battleboy BR is recommended by neck428

I’m proud to be married to Battleboy. He is smart, handsome, a real man, educated, and caring. He likes to fight as do I. I’m proud to be his husband. Meeting him and then marrying him was the best decision I ever made!!!

neck428 is recommended by Battleboy BR

I met this guy in 2016. When he picked me up at the airport, as soon as we saw each other we gave our first bearhug and never let go of each other again. We got married a few months later and have lived together ever since, happily, married and wrestlers!
If you fight with my favorite heel, I guarantee that you will have no respite and rest, he will punish you the way you like and deserve. My husband is the best! 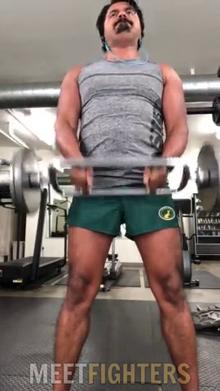