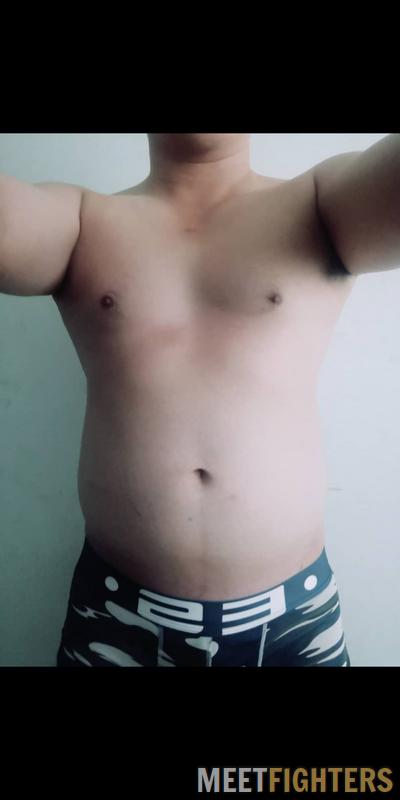 I'm ready for it

CARSON is recommended by michaelchong

Had a session with this guy recently. We had submission wrestling with mix of gutpunching. He definitely can take abs punishment. I throw many punches to his gut until he submit while doing armlock. If i didnt do that, i dont think he will submit ! Cant believe 3 hours session just passby like that. Hope your abs is ready for the next round !

CARSON is recommended by jester132

Started off with couple of messages and ended up meeting Carson after a week. A bit shy and nervous at first as he was my first opponent on MF.

At first sight he is a friendly gentleman with an easy-going spirit but don't let that fool you for he's a well-trained boxer and with his strong arms wrapped around your upper body there's simply no escape; he will choke the air out of you easily. It was an exciting and sweaty match with both of us exchanging holds and grabs and we found ourselves gasping for air at the end of the match.

Definitely hit him up if you're in the area, you won't regret it!

CARSON is recommended by The Sweaty Wrestler

I broke my own records:
1) As a newbie in MF, I dare to join 2 on 1 wrestling match and fight 2 experienced wrestlers at the same time (Wrestlerboy88 and Carson)
2) And, the bravo thing was: This 2 on 1 match was held in less than 12 hours after I had an exhausting wrestling match against Darren

Wow! Thinking back, I was really brave & bold to fight 3 beefy guys in less than 12 hours!

We started with 1v1 first, then both of them combined power to wrestle me in the lengthy 2 on 1 match! We fought thoroughly in this super competitive & hyper exhausting 2 on 1 wrestling match.

During 1v1, I was still able to fight equally and stand still. However, when both of them combined power to attack me together, I felt that my energy & stamina were drained drastically through their series of combined attack --- They were a pair of perfect tag-team partners in delivering:
a) tons of Full Nelson + Gut Punching
b) countless of combined Bearhug (I literally become a sandwich squeezed in between them!)
c) and lots of unexpected Dirty Tactics, especially those strength-draining Low Blows

I am never a jobber (in fact, I truly don't like any type of one sided heel-jobber match), thus I fought them thoroughly until the last drop of my sweat.
However, it was really too tough for a newbie like me to fight 2 experienced wrestlers at the same time and I have to admit that I underestimated their combined power.
Anyway, the proud thing is: I never surrender and never give up no matter how terribly I was beaten up; and in fact, I actually managed to make them tap once in a blue moon.

Both of them were great wrestlers --- Wrestlerboy88 is an experienced wrestler with super powerful gut punching & bearhug skills; whereas Carson is a skillful Muay Thai, MMA and Boxing contestant /winner!
Highly recommend them for anyone interested to challenge yourself to another level. (Friendly advise: Do think through seriously if you want to challenge them in a 2 on 1 fight!)

The Sweaty Wrestler is recommended by CARSON

After wrestling with him, I feel that he is strong and has good endurance. If you fight him for a long time, you will slowly be suppressed by him.It was an exciting wrestling.Hope to meet again.