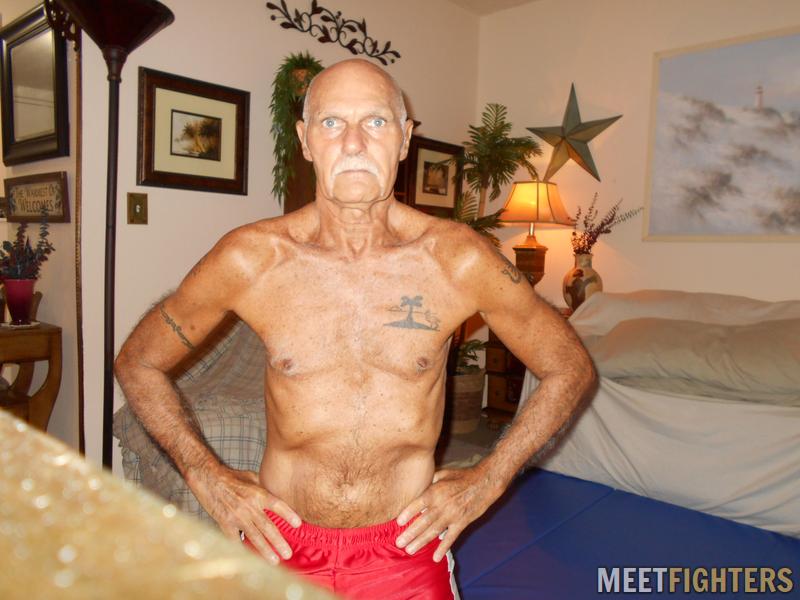 I am willing to travel 20 kilometers

I have gotten all 3 of the Pfizer vaccines

Free to wrestle in the afternoons or evenings

NO cock and ball torture

CHUCKCHALLANGE is recommended by WB2915

Had a great time wrestling ChuckChallenge! He has crazy good endurance, and can get you in some tough choke holds! If we were in the same weight class I dare say he’d have gotten me to tap out! Maybe next time, haha! Also a ton of fun to chat with and an outstanding host with an amazing mat setup! Very good genuine guy to wrestle and get to know! Highly recommended!

CHUCKCHALLANGE is recommended by Jobberman97

Chuck the old man challenger is an awesome opponent. He showed me a great time wrestling and he is definitely a great person to hold conversations with. I recommend him to anyone wanting to wrestle a strong and competitive component. Thanks Chuck for a great match.

Jobberman97 is recommended by CHUCKCHALLANGE

Chuck is an expert wrestler and incredibly strong and skilled.
I made the mistake of recommending coconut oil wrestling to even the odds because I’m bigger but instead had my my hands full just trying to get a grip. He really knows his stuff.
He’s a great host and a fun guy to know. We had fun together and a great afternoon.
Wrestle him if you can but do NOT underestimate him. He’s a wrestling machine.

CHUCKCHALLANGE is recommended by rican boi

I had not been pinned or held in as many holds, but ChuckChallenge knows all the right wrestling moves. I am looking forward to all the next holds. You are the man, Thank you for hosting conversation and holds. Looking forward to the next one.

rican boi is recommended by CHUCKCHALLANGE

CHUCKCHALLANGE is recommended by Kryptonian

this man it is very tough, had a blast wrestling him n i will do it again, we re thinking of meeting up after i hear from hernia surgery, i will take him anytime

Kryptonian is recommended by CHUCKCHALLANGE

I've known and wrestled Chuck for over 17 years. He is a great host and a strong fighter. You will learn so much from being under his muscled body.
Great guy ..Don't miss the chance to meet up with him

Don’t let his age fool you, ChuckChallenge is a handful on the mats. He is very strong and comes at you aggressively. If I didn’t have size on him the outcome would have definitely been different. If you want a tough work out don’t pass up a match with him. He has a great mat set up as well!

Gregor is recommended by CHUCKCHALLANGE

dundun is recommended by CHUCKCHALLANGE

Alpha Destroyer is recommended by CHUCKCHALLANGE

I met Chuck at his place some years ago. Despite my weight advantage, the match was very even. He is tall, slim and muscular, and a very tough wrestler. You will not get this guy to submit easily, if at all. He was a great host, and I have no hesitation in recommending him if you get the chance to meet him.

Chuck is some of the best of America. Totally genuine; straightforward and a brilliant host. I thoroughly enjoyed his wrestling expertise on the mat and he has vast experience. He is fit; great body and his wrestling skills are beyond doubt.
Everything organised to perfection. The mats all ready along with the oil intended for use after the initial encounter on the mat.
He’s a great guy to chat with. I spent a great afternoon with him. My body felt exercised and well challenged when it was time to leave. Had a great time.
I want to be one of his very regular wrestling buddies.

CHUCKCHALLANGE is recommended by BigDave75

Chuck is an all-time favorite wrestler. He is stronger than he looks, but can give and take to make you feel like you have control...then bam! you are toast.

Always a good workout with a great guy

BigDave75 is recommended by CHUCKCHALLANGE

I have wrestled Chuck several times over the past few years but just realized that I failed to give him a recommendation. He is much stronger than his lean appearance would indicate and his knowledge of holds and moves is superior to most. Our first match was competitive submission and although we had several falls, I could not win a submission. His dominating juices took over and he controlled much of the match. In recent matches, we have locked up and have had a very enjoyable exchange. He is a great host and an intelligent personable guy. I look forward to our matches when I am in Florida and truly enjoy the extensive body contact and holds we apply. I am always up for a match with him.

Very nice person and knowledgeable wrestler. Has mats which he sets up in a room in his condo. Thin and in good physical shape: fun to be with.

CHUCKCHALLANGE is recommended by maguy

After quite a long time of chatting finally met Chuck to wrestle. Was not disappointed at all. He's a great guy but be warned he's incredibly strong and very skilled in wrestling. It was definitely a fun evening that I would hope for a repeat in the future at some point.

maguy is recommended by CHUCKCHALLANGE

First: Chuck is a really nice guy who loves the sport. He’s having fun every moment no matter who is in control.
Second: I love the fact that there’s still guys in their 70s who can wrestle. No excuses, no BS, just show up and roll.
Great to meet you. Stay strong.

I had the opportunity to wrestle this skilled grappler. Tough and fast, Chuck is a hard cookie to chew. I’m still sore but happy for the high level wrestling match we had. I could not believe I made him tap couple of times. But the pay back came fast, making me tap out many more times.
I enjoyed very much the match and the company. Besides of being a great wrestler, Chuck is an excellent host and incredible human being. I highly recommend him.

CHUCKCHALLANGE is recommended by royboy

Had a fun sweaty match with Chuck. He definitely knows his way around the mat and can turn up or down the level of intensity. Nice guy in and out of the ring and he looks hot in his speedo!!

I wrestled Chuck twice several years ago for many hours each time. He is a non-stop energizer bunny and a great host. If you want a good mat workout, give him a shout if you are in his area.

Chuck was a hospitable energetic good wrestler. Enjoyed meeting him. He knows his stuff and is in good shape. If you want a challenge he is your guy!

Chuck was a worthy opponent. Lithe and strong. A nice guy off the mat

Had the pleasure of meeting this outstanding wrestler quite a few years ago. He is a skilled and strong wrestler who also knows how to teach an opponent many wrestling moves. Glad we reconnected and planning to wrestle him again. Highly recommended!

tough wrestler and great host ! def hit this guy up if your in the area I know I will again !!!

I encountered the CHUCKCHALLENGE a few years ago. This man is strong, wiry, knowledgeable, persistent, and and knows his stuff on the mats. Odds are he will counter your every move and dominate. He will also give you that needed slack if necessary to make it a more interesting battle. I guarantee you will learn a lot from this guy and become a better wrestler.
Off the mats you will not meet a nicer guy. He is warm, friendly, honest and easy to talk to.
If you get the chance, do not pass up some mat time with this awesome grappler.

Many many great Friday night fights (and many sweaty afternoons) vs this tough, tough, brutal stud. Badass rasslin with body shots - one of the toughest men i've ever taken on. Age is just a number - this fuker can WRESTLE and FIGHT. Also a top notch person, a great guy to talk to post combat, an amazingly gracious host and and person, with everything you could want in an opponent.
Man we've had fights where we kept score on a scoreboard, we've battled in briefs, brawled in just jeans, you name it. Look forward to more battles vs this badass Alpha wrestler.

Chuck is a great wrestler. He is very skilled. You want to visit him if you are learning and want to learn more or you are a jobber and love to get thrown around. Dont let his thing and muscular look fool you, hes a strong wrestler.

CHUCKCHALLANGE is recommended by Gregorio2

Chuck and I have rassled several times in past years. He is easy to coordinate times with and always presents good skill set and attitude with impressive energy.

Gregorio2 is recommended by CHUCKCHALLANGE

Great time really tough wrestler ...lots of sweat and submissions...he’s got a tremendous wrestling setup. Take advantage if you can an dcwrestle him.

Met with Chuck in Miami a few years back. He was lots of tough , sweaty fun. Really into the wrestling, really into the hold’s, really into having a great time tolling , Must be wrestled if you happen to be around his area. I know I will again when there!