Challenge! Messages
More...
Days on the site
1909
Past Opponents
10
Recommendations
8 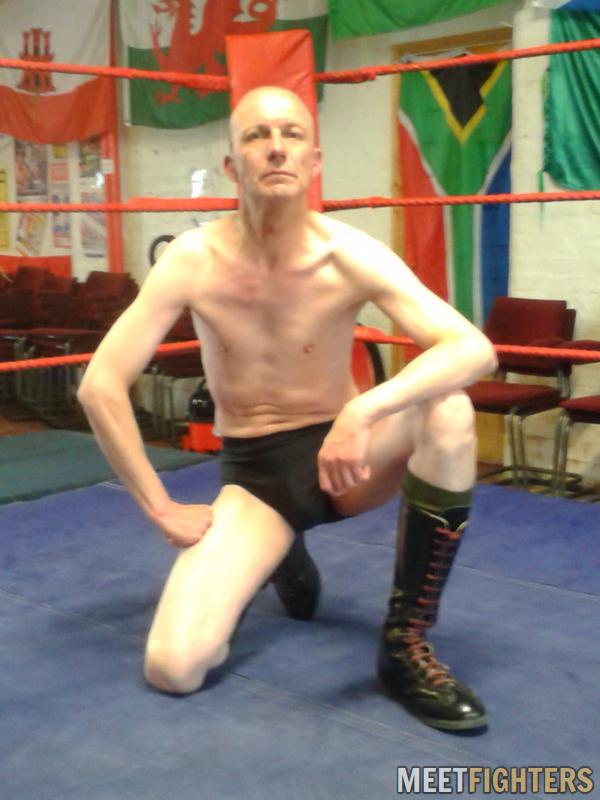 Ex army mostly into Brit pro wrestling but getting into NHB. Wrestle in pro boots and trunks, leather, uniform, camos, skingear. Got hooked on World of Sport years ago. Also up for scraps. Boxed in the army but rather rusty in that area now.

On Skype, please ask for details.

Captainandy is recommended by claymore

The Captain had been on my radar for ages, I SO wanted to fight him.
Walsallgoodguy invited me to private meet where I got the captain in the ring at Pippas.

I bloody love face offs, verbal and most of all pec and gut punch slap fore-arm chop. proper fight. we did all of the above.

( they asked me to re-edit the bit about dinner afterwards coz i mentioned the restaurant and thats 'advertising' ....well anyway we had a lovely dinner on Canal Street after ) ;-)

claymore is recommended by Captainandy

I met Dfire at a private meeting at Pippa's in Manchester, along with Walsallgoodguy and Torrnado. We started off with a tag match, followed by one on one matches. Dfire is an excellent wrestler, certainly a challenge for me, some very expert moves. Afterwards we had dinner and drinks and he is a really good and interesting bloke. Highly recommended.

Met the Captain this week and did what I promised - I destroyed him in the ring!!! A great bloke. Knows how to job but can give and take real punishment if required. Highly recommended.

I met Robroyscotland at Pippa's in Manchester yesterday, along with Torrnado and Robert England. The latter was my partner in a tag match against the other two, after which various one-on-ones took place. Robroy is a formidable opponent, very good technically and could easily have taken me apart. In short, a heel. Loads of verbal too. Can't wait to meet him again though I've no doubt I will receive another drubbing. But one day, Robroy, one day....! He's a great bloke as well, very safe and sane and easy to rub along with. Highly recommended.

Had a very enjoyable session with the Captain, wrestling submission, tuition and fairly hard scrapping , great fun, similar stats , and a very nice genuine guy, he is also a Beatles and 60's music fan, so plenty in common !, highly recommended and hope for round 2 soon.

Had a private meet with Oldscrapper, having exchanged messages with him for a while. I wasn't disappointed, he is a strong and able wrestler. Spent a good time exchanging holds, getting some tuition and the occasional punch being given and received. Thoroughly nice bloke too. Highly recommended, a thoroughly enjoyable session, hoping for more.

I had a session with Walsall and Robert England at Pippa's in Manchester. Two hours of good wrestling action, give and take of holds, nice and sweaty. Walsall is a great wrestler and looks the part. Claims he likes to be heeled, but take care, there is a strong element of heel in him! Really friendly bloke, I would recommend you meet him. We had a meal and drinks afterwards and he was very good company. Here's to the next time!

I had the great pleasure to meet Captainandy today for a private 1 on 1 in Pippas ring and mat room. This guy is lean, fit and he certainly looks the part of a pro wrestler heel with his shaved head, high cut black trunks and leather boots. We had two very enjoyable hours of pro style wrestling, trading holds, throws, gut punches and verbal taunts.
After the match we went for a drink and some lunch where I discovered an interesting and thoroughly nice guy. I recommend you meet him. I can't wait for our next match.

I had a private session today with Torrnado at Pippa's in Manchester. An excellent two hour session of trading holds, giving each other grief, gut punching and a good amount of verbal abuse. Picked up a few hints along the way. I can't recommend this man too highly, a very skilful pro wrestler in superb condition and a thoroughly good chap to boot. Shared a drink and meal with him afterwards and found him an intelligent and absorbing conversationalist. I can't wait for our next session!

Andy is a nice fella who met me at Pippas for a match. He is just getting back into wrestling and so was a little timid at first. His confidence increased as the match progressed and he was constantly thinking of how to escape each hold that I applied to him. I hope he will continue to wrestle and get some more matches under his belt.

I met Leglocklover and John1953 for a session in Manchester this week. Both respected that I was finding my way back into wrestling, but nevertheless also put me in some challenging holds, giving me the opportunity of working out how to escape from them and also to test how high my pain threshold was. They are both extremely skillful wrestlers and I wouldn't say no to a repeat session with either of them. They are also both tremendous, friendly blokes. Highly recommended. Many thanks.

03/04/2016 - Andy came to my house for an afternoon wrestle. We started off gently and built up the pressure.
He is a strong guy with a good pain threshold and I know that once he has regained his technique, he will have me submitting. I put him in lots of holds and he resisted well. He put me in some good holds too but my high pain threshold and my stubbornness helped me to resist, although I was very close sometimes.
A great guy to wrestle, I'm looking forward to the next time.

A really good bloke. I've not done any wrestling for a while and he was perfect for easing me gently back into the sport - and then putting on the pressure to make me work. I'm going to be aching for days, which is exactly what I wanted! I can't give him too much praise.

Andy is a really nice man..A good wrestler too. We have met several times and it was always a great experience.