Challenge! Messages
More...
Days on the site
1963
Past Opponents
15
Recommendations
9 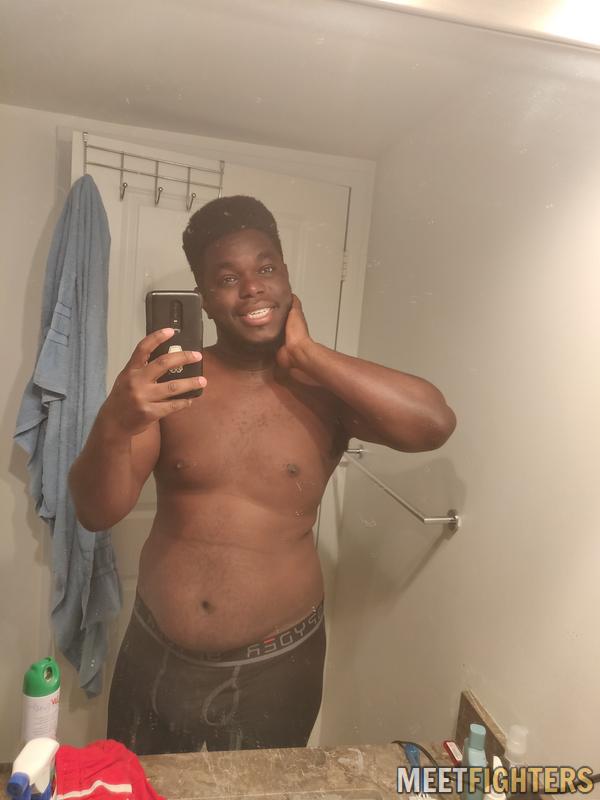 I am willing to travel 75 kilometers

Tuviaz is great and strong wrestler. Super nice man off the matts, but a fierce bull heel on. Had a ton of fun being out in different holds and struggling to get out. Highly recommend throwing down with this guy!

DefiantSub is recommended by Wrestle123

While in Toronto, I got to roll with DefiantSub. LB2100 also came to visit for the weekend, so we did some two vs. One and some round robin matches. He is a good size strong guy who lives up to his name! I had a blast putting him in a series of long-held, multiple submission holds. He seems to relish the helplessness of trying to escape, only to be put right back into another hold. Don't get me wrong; he can make you work for it and will. But he has the hard of a true Defiant Jobber! That makes it so much more fun than someone who doesn't make you work for the win.

Off the mat, we went to dinner, hit up some clubs. He introduced me to some local friends, and I have to say I had an amazing time!

We will get together for more fun on and off the mat upon my return to Toronto!

Wrestle123 is recommended by DefiantSub

Man oh man I knew he was a tall guy,but I was not prepared to see this Goliath of a man in person. This giant handsome beast of man is just super calm and friendly mostly because he knows once he's caught you you're pretty much his until he decides to let you go. Very nice man loved taking it slow trying different moves on each other. The power behind his size is real ppl be warned :)
Had a great time with him and expect many more when he comes back this way. Book him while available folks!

DefiantSub is recommended by lb200

Undeniably strong, this handsome stud can withstand a tremendous amount of pressure from head scissors and body scissors. His experience in sub shows how great a powerhouse he is. Make sure you avoid that dangerous headlock he has in his arsenal. A very nice guy all around. Strongly recommended!

lb200 is recommended by DefiantSub

Don't let this one's handsome smile fool you! Underneath it lies a knowing heel who can put the pressure on in right places to make anyone tap. lb200 is a super fun and friendly guy so be sure get in a match if you can! His smaller frame packs an incredible amount of power and I can't wait for our next bout.

We had a good 1on1 match at my hotel and then another guy came over and we turned the evening into a hot 3 way match. This man is strong, thick and has a ton of sex appeal. I could not wait to get that thick body into my Boston crab and make him tap. He is also a great partner to team up with and double heel on the muscle jobber who joined us later in the night. He's was easy to set up a match with and totally reliable. My only regret is that we didn't get video of us wrestling.

Oh boy what a man! Honestly walked into his hotel room took one look at this handsome muscle stud and i knew i had no chance. Very fun strong man had a ton of fun rolling around with this guy. I tried to resist tapping against his bostoncrab but that was not a good idea, i should have tapped earlier. cant wait for him to come back to town, but it was so fun i may have to go visit him next!
The muscle jobber Nipmuscle that came over was a fun treat for us :)
that was my first three way much and oh boy what a time.
Highly recommend a bout with this strong man don't let the opportunity slip you bye!

I wrestled this young wrestler several times since several years! Really like wrestle this young wrestler! He is very friendly, kool guy and have lot of fun to dominate him with my tight arsenal wrestling sub holds! He like that i play rough with him. Then i give a great challenge to him and on my side i made a great work out ! I Enjoy ... Both enjoy ! He enjoy my bodyscissors, my headscissors, my choke and my sleepers ! So hot! Don't miss to apply this holds if you wrestle him ! I still wrestle him every month! I am lucky that he live only at 10 min from my place here at Toronto! I am excited all the time when i planning to wrestle him at my place! Highly recommended ! Can't wait for another rematch with him !

What can i say guys.. its Marcwrestler this guy oozes wrestling passion!
ive had a few matches with him and im never disappointed. not only does he have a wide verity of wrestling moves and knowledge in his arsenal hes a down right fun,nice and caring guy. obviously highly recommended.

regardless of you always putting me in pain ill make you tap out someday be ready >:)

DefiantSub is recommended by midwest wrestle

Had a great match with DefiantSub on my trip to Toronto. Was easy to set up a match and he was flexible in accommodating my schedule. We wrestled for 2 hours or so and, although I had the upper hand most of the time, he's definitely going to be more of a handful the more experience he gets. He's also flexible on match styles and willing to adjust to make sure he and his opponent are having fun. Would definitely recommend him, so look him up when in TO.

midwest wrestle is recommended by DefiantSub

Boy was i ever excited to take on this brute. After a few messages and terms agreed on our match was set. I thought for sure i could make this match into a give and situation... well Midwest was having none of that. i was thoroughly beaten,pinned,squeezed and properly put in my place. Cant wait for him to come back to Toronto. He's super nice,strong and a great match. if you have the chance make sure to hit him up!

DefiantSub is recommended by insignia

Strong guy and I admit that I got overpowered, but he is also very nice and fun. Highly recommended.

insignia is recommended by DefiantSub

i had so much fun wrestling this guy. he's a very nice and fun guy. i was very worried at first about our match seeing as how i'I have never won yet.... but thanks to this stud i have finally achieved victory bwhahaha. all around great guy and a great match definitely recommended.

i had the chance to meet this young guy for a match . he was much more stronger that what he say , we had a really great match and we laugh a lot and we had a lot of fun , he is very nice person , kind strong, smart sweet , beast , a good mix of all this
i recommend everybody to not hesitate to date him for a match

im very glad that he messaged me saying that he would be in town and would like a match with me. Never had a match with someone out side the country before but im glad it was with someone as nice and fun as him. he kept me in pain and laughter the whole time such a great guy. if hes ever heading your way be sure to get a match with him while he still around!

DefiantSub is recommended by Mike86

He was a lot of fun to work over on the mats.. kept coming back for more. Nice guy and definitely recommended for a match.

Mike86 is recommended by DefiantSub

This guy is a total beast. i walked in thinking that i could at least put up a decent struggle and give him hard time.. i was so wrong :( . just destroyed me he is seriously tough and strong i legit couldn't even move at some times... most times
but this guy is super calm and cool very recommended.