Generally looking for serious fights which mostly, due to work, needs to be without face shots.

Although I prefer bare knuckle I do have MMA gloves as well.

When I am off work for a week or two I am looking for serious hard street fights. I’ll fight bare knuckle no rules so if anyone is man enough to fight seriously get in touch.

Not fantasy stuff though, only if you are serious and genuine.

I’ll pretty much fight anywhere so long as it’s private enough for us to get on with it and not disturb the public. I’m also very happy to travel for a serious fight and frequently do.

Happy for this to be as friendly or as hostile as you want and if it’s a good fight I am well up for regular meets.

I am open to purely submission wrestling but it’s not my first choice so I will do it but only if it’s going to be very competitive and taken seriously.

NEW POLICY: Zero tolerance toward time wasting and guys who make shit up about others. Not looking for drama.

FEEL FREE TO MESSAGE HERE OR THROUGH THE FOLLOWING:

barryg is recommended by Fighter UK

Barry is a very tough fighter. We used to meet for very hard fights regularly and would fight for hours

Very tough and aggressive and well worth taking on

Jefary is recommended by Fighter UK

Jefary was an awesome meet

Very aggressive and more than capable. Don’t be put off by his size, he coped with me very well with power and stamina

Fighter UK is recommended by matchup

Once we'd agreed to fight it was easy, no drama over cancellations, times, venues etc. Turned up on time and ready to go.

I have no hesitation recommending Fighter_UK to anyone interested in competitive fighting with punches. He ticked all the boxes for me and I'm sure he'll do the same for you.

matchup is recommended by Fighter UK

Really fit and fast and a good competitive fight

Fighter UK is recommended by Solidman

My First fight I’ve ever had was with this aggressive man. He is tough and knows what he’s doing.

Solidman is recommended by Fighter UK

Without formal skills the guy is powerful and determined.

We have now had three fights and he has beaten me in all and one day I aim to reverse that.

We fought for around 90 minutes which was a very intense fight.

Fighter UK is recommended by lutonwrestle

After many messages finally met this evening, already arranging the next fight -has lots of front and attitude.

lutonwrestle is recommended by Fighter UK

Lots of attitude and very genuine

Met tonight for a fight and we will
Meet again, genuine dislike between us and the fights will get harder each time

Fighter UK is recommended by 2toughwrestlers in 1 team

i thought i could beat him like last time we met, but he got back the energy he had 10 years ago when we first met and i didn't even get one submission... but i am already looking for our next fight mate

2toughwrestlers in 1 team is recommended by Fighter UK

Yann puts up a really hard fight, he takes and gives a lot of punishment and will not give up without a long hard fight

Fighter UK is recommended by crimsonstorm

A cool guy when hes not fighting but once we started he was tough and look forward to going at it again but next time a lot rougher. If its a tough fight your after this is your guy

23rd July
He won the fight fairly but it was his better skill in grappling that got him the victory even though he will argue he is better stand up than grappler that maybe, but will admit he is a way better grappler than me. At the very least I have come away from this fight knowing I need to work on my grappling game and not just rely on strikes as facing someone who can do both doesn't end well as I found out

crimsonstorm is recommended by Fighter UK

A really nice guy who is a lot tougher than he looks. We had a great fight, next time though, we will step it up to get rougher and hopefully find a winner

Both with mutual aggression

He is very aggressive and resilient, will take a lot of punishment but this time he took a proper beating

Fighter UK is recommended by UKSubsFighter

Met Mark again after many years since last we did and hasn't lost any of his fiestiness. We engaged in a really hard fought battle with little held back and tough, as he's intimated in his recommendation of me, I ultimately won I had to fight him every inch of the way during which he absorbed some punishment and kept coming back for more.
So if you wanna tough full on fight FighterUK is your man!
Wholeheartedly recommended!!

UKSubsFighter is recommended by Fighter UK

After a number of years we met again

John is more technical than before having spent time to hone his ground fighting skills which as more advanced than mine.

A good long match which we will repeat, hopefully take it up a level with more aggression as well next time and I am sure I will even things out in time

Fighter UK is recommended by st7

An aggressive skilled fighter. The kind of challenge that keeps me addicted to fighting and meetfighters. Totally recommended.

st7 is recommended by Fighter UK

This guy is awesome

Very tough and in great shape

I very highly recommend him

A really good arm wrestler too

Fighter UK is recommended by readyforit

Well, what can I say about Fighter UK? Apart from his well deserved reputation as a very tough fighter who will dish out and take a lot of punishment himself, the man is totally respectful of limits, safe and sensible while enjoying battering his opponent into submission.
Higly recommended for guys into rough bouts.

readyforit is recommended by Fighter UK

Great street fight. Very tough and determined with high energy and an attitude to match 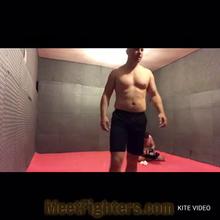 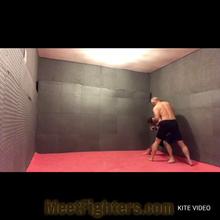 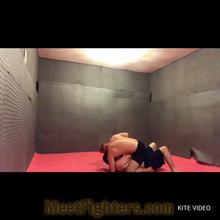 Scrap with a lad in Manchester

ENGLISH vs IRISH Part one