Looking for:
athletic/muscular (objectively!)
between 18 and 40
Do have recent pics pls!
roughhousing and most of all gut punching
just for fun – I am not an MMA cage fighter or the like

Gpbln is very cute, good looking, funny and well builded, i'm actually not into punching fetish but i wanted to try. That was fine. Happy to meet him cuz really awesome guy. Those one who's interested about punching fetish defn. catch him.

Mehmetandme is a very sweet and hot guy. A bit of a novice gut puncher. But his choke holds are intense. I'm not too much into those. But if you are you should definitely meet him.

EDIT: Of course gutpunching is also supposed to be relatively painful. The art is to slowly and sexily increase it.

I had a meeting with GPBLN some years ago. He really loved to destroy my abs and he did a very good job. He is very creative when it comes to ab torture, loved every second of our meeting. He hit me with his fists and tools like a stone. It was very intense and much fun. I can recommend him, if you like to get your abs and navel worked over. Besides the gutpunching fun, he is very nice and open minded for any kind of challenge.

Absfreak and I had a nice long session over several rounds. There was a lot of gutpunching and ab tenderising of course. But there was also a nice round of stomach spanking and a deep belly massage that left me sore for days – in a very good way!

GPBLN is recommended by guy321

Was supposed to be his punching bag but his mid section was so tantalizing that i ended up having a good time destroying it. Punched him for over an hour and he can eat those punches without much trouble. Great fun and a nice guy after the session. Oh, he is a good looker too!

guy321 is recommended by GPBLN

GPBLN is recommended by Cet03

I enjoyed a lot the gp session I had with this guy, who can take way more than I had imagined, by the time I was thinking we were at the end of our session, it was time for him to start again, which we did. Plus, great body, intriguing attitude and a lot more. Definitively I would meet him again.

Cet03 is recommended by GPBLN

The gutpunching session with Cet03 was one of the best I've had in a really long time. It was the perfect mix of rough and sensitive. And this guy looks very hot both when giving and receiving punches.

I met GPBLN for gutpunching and wrestling session in Berlin. We had an amazing series of fighting encounters. He's strong, tough, smart, sexy and I had just as much fun fighting with him as I did spending time with him in the city. I highly recommend him if you're going to be in Berlin or if he visits your area.

I had one of my best fights ever with GroundFite. He's a great wrestler: finds the perfect balance between rough and tender. He's also very friendly and smart; great fun to hang out with after a fight - and look forward to the next.

GPBLN is recommended by Noby

Noby is recommended by GPBLN

GPBLN is recommended by SileX

Historians of a future age might record GPBLN as the first guy I ever did gutpunching with. It's been so long ago, and yet I still remember how sore I was for a few days :)

SileX is recommended by GPBLN

I first met FighterBoyy when we were both still in our teens. He's a great fighter and can stomach any kind of beating you dish out to his impeccable sixpack. 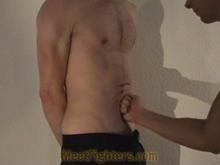 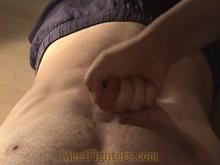 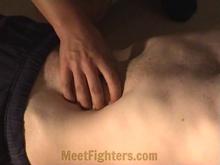