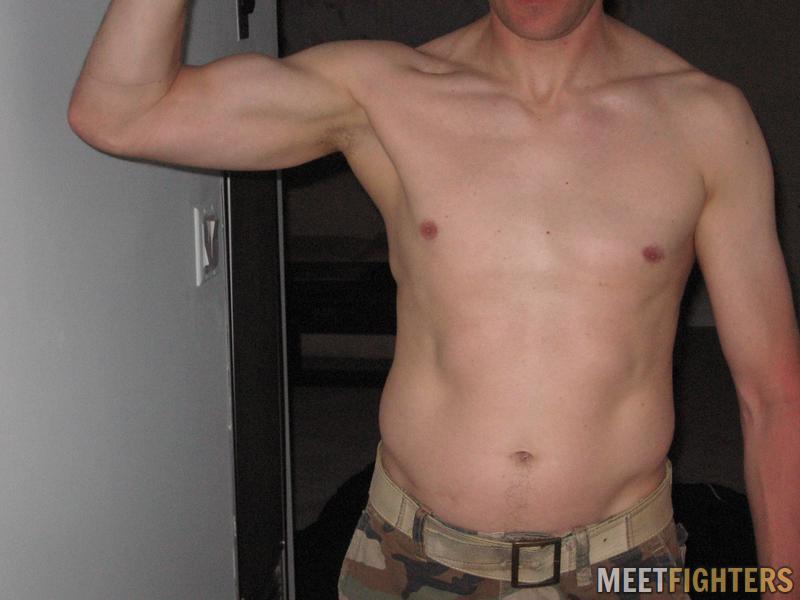 Looking for guys into fun submission matches, can be intense or more laid back. I'd say I am more heel by nature and skill - I have been doing grappling for many years and know most of the key moves and I'm pretty fit. But I also have a submissive side where I enjoy being broken down by a guy with a feisty side. My best holds are definitely the figure 4 head scissors, triangles. Always looking for respectful relations with people I wrestle with, win or lose.

Headrush is recommended by Amateur123

Had a great match with this guy. He's strong, skilled, and knows what he's doing. Recommended, especially if you want a real challenge!

Amateur123 is recommended by Headrush

I had a fun grappling session with this fit guy. We exchanged some good holds and pins and worked up a good sweat in about an hour of wrestling. Hope we can meet up again!

Headrush is recommended by LLLL3564

My first match here, It’s all in his name, gave me some real head rush lol. We had a great time with long holds, We weren’t exactly on the same skill level but he took time to show me some moves I could use. Outside of the game Hearush is super polite and sweet and easy to talk to, I definitely enjoyed the whole experience!

LLLL3564 is recommended by Headrush

I wrestled with L. a while back during the winter at his place. We had sent many messages back and forth and finally got together. I wanted it to be a fun experience for him since I was his first meetup on this site for doing this type of thing.

L. has a really nice swimmer's build. On the surface he seems shy at first, but he has a wild side lurking underneath that comes out in the wrestling :) He *really* enjoys being caught in a headscissors – it was HARD for me not to notice that from looking at his body. I put it on him from about every angle possible with varying intensity for long duration and he kept coming back for more. He struggled hard against me as I adjusted the hold, trying to find the sweet spot. But what ultimately sent him into orbit was the sleeper hold/body triangle combo, I think that was his favourite hold! It's great to be able to bring pleasure to someone that really enjoys being in the holds and is open about it. There was lots of communication while this was all happening. He also was well able to put holds on me too, which I enjoyed.

L is a gracious host and I had a great time wrestling him, hope to do so again in the future.

Headrush is recommended by Sunny DeLeon

Just had a very fun and intense submission wrestling session with this guy during my road to 100 trip in Toronto. He has very innovative submission techniques and I learned quite a bit of new things from him which I'm excited to try on other bjj enthusiasts. We shared a great conversation afterwards and I look forward to future sessions with this skilled fighter.

Sunny DeLeon is recommended by Headrush

This tough wrestler from Winnipeg wrestled me, one of several matches he was having while in Toronto. He had mats set up in the hotel room, which was cool, so there was a lot of space. For a smaller guy, he is very tough, compact, good defence, and he made it difficult for me to get a good position on him from where I could set up my usual moves. It was a very long time before I got the first submission, and he got me in an arm lock where I was close to tapping first. He's in very good shape! We continued to grapple pretty hard, and took water breaks and I showed him some of the moves I like and he tried them on me. It was fun. What impressed me, he is quite knowledgeable about the scene and has travelled a lot to various wrestling events, and he definitely has a passion for wrestling in general, so I learned from him. He's upbeat, cheerful. He was also flexible, so it wasn't just hard-core wrestling, we wrestled more loosely, where it was back and forth with moves, messing around, taunting, etc. and he got riled up and got some good submissions on me that I really enjoyed. Great guy, and I hope we wrestle again.

Headrush is recommended by northwrest

Had a good back and forth match with submissions on both sides. A strong and reliable opponent.

northwrest is recommended by Headrush

Had a fun time wrestling Northwest with some well-worked submissions on both sides in the slow period after boxing day. Good host.

Headrush is recommended by Scissor Guy

Had an excellent meet up with Headrush. He was certainly technically superior but we both had a fun grappling session. Watch out for his scissors! Looking forward to a rematch with this nice guy!

Scissor Guy is recommended by Headrush

I had a nice wrestling session with scissor guy. Cheerful and upbeat, we met at his place and though there was limited room to fully move each around, we each got some good positions and submissions on each other. It was interesting to hear of his travels and hopefully we can keep in contact, share a beer, and do some more wrestling in the future. Gracious host, nice guy.

Headrush is recommended by Txwresl

Good guy, very strong, knows submission. And puts you through your paces. We submitted each other in a tough back and forth match before loosening up a little to trade moves and holds. Enjoyed the conversation after as well.
Recommend!

Txwresl is recommended by Headrush

Txwresl and I had a really fun wrestling match on his recent visit to Toronto. He was a gracious host and made me feel at ease right away. The wrestling started off fairly intense and we got each other in some good holds, then agreed to do more 'flow wrestling' and more laid back, which we both enjoyed. He seemed to like suffering in my reverse figure 4 and straight head scissors :) which I was more than happy to oblige! Also, he has a lot of experience wrestling other guys in the States and Europe, and it was helpful for me to get tips and ideas of ways to connect with other interesting guys. I recommend Txwresl highly and hope to meet up with him again.

Headrush is recommended by omr24

Great and reliable guy who knows how to defend himself well. He have a Fit and Athletic body and formal BJJ background. I learned couple of useful tricks when dealing with his defense that I'm going to apply on my opponents in the future. Great Match!

omr24 is recommended by Headrush

Very strong, tough wrestler, skilled and nice intelligent guy, respectful of my limitations from being somewhat less strong compared to him. I had a fun time.

Headrush is recommended by Fighter31

Had a great match with Headrush. He came all the way across the city for the fight - that showed me he was motivated. And he was! He made me earn every advantage I enjoyed - and he got to enjoy his own time of control. For one of those LONG rounds, he was in control for the majority of it. Well done bro! We were a very good match up in size as well which is always fun for a competitive fight. Next time dude, ready or not I will shorten the time in-between rounds! ;) No doubt about it, I would definitely wrestle you again!

Fighter31 is recommended by Headrush

Met with figher31 and had a tough straight-up submission match. He is very fit from his amateur boxing training! He was a bit stronger than me, although I was able to tap him out twice, once in the beginning with a triangle hold. He tapped me out three times. He has good arm locks. Some of the mini-bouts went seven minutes or more before there was a submission. He was generous in allowing me to take long breaks in between tap-outs, so I could recover and have enough juice to continue in a competitive way. He was safe and controlled in the grappling, which I really appreciate. Also, he was fun to talk to. I would wrestle him again if he is in my area.