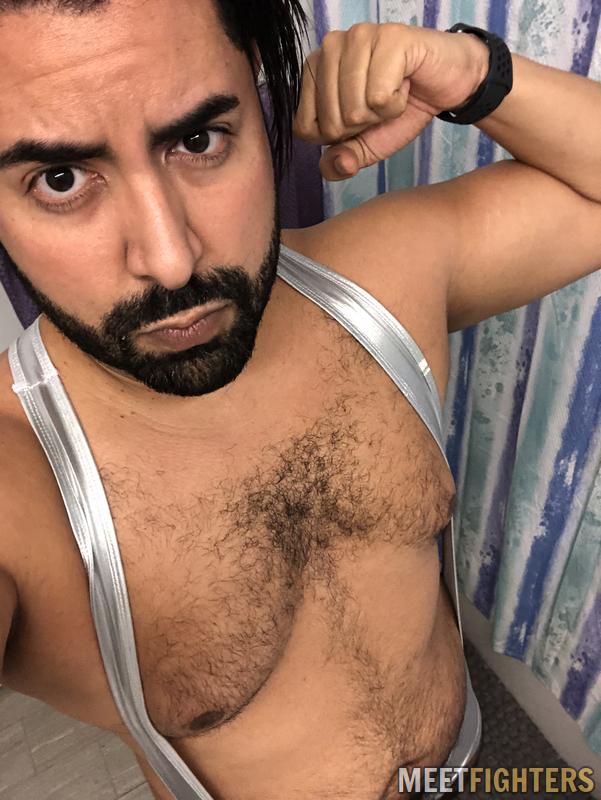 I’m vaccinated, boosted and ready to get back on the mats with some hot wrestling fun.

Im self taught and learned what I know from experience and watching along with the ocasional mentor in the MF community.

I have also taken a few years of Taekwondo. So I’m very open to matches where I won’t only get a good sweat going but learn. Maybe even make a wrestling friend but not necessarily.

I’m easygoing and empathetic but no pushover. Be straight and direct, I promise we’ll have fun.

Chat me up if you’re in the NYC area.

Some past opponents are not shown in the list above. Members who are blocked, suspended or on a hiatus are hidden.
Enjoy cyber wrestling? Try our brother site, ChatFighters.com!

JONSTEAD is recommended by nyc31

Two pythons trying to squeeze the f outta each other for hours. That’s what this was. — Great chemistry with this dude. Hot cockfighting. Hot kissing. Hot mutual trash talk. Two alphas pounding dick on dick for hours. Nasty trash talk the whole time. Beard vs Beard. A ton of mutual stuff we both like. Alpha vs Alpha. So hot. Respectful and respects limits. Funny. Super nice guy to talk to. One second we were having an interesting conversation, and the next fighting each other intensely. The three and a half hours we fought like crazed sex bulls flew by so quickly. Knows how to accommodate. Recommend!

nyc31 is recommended by JONSTEAD

This guy was intense and we both had a chip on our shoulders after a few days of trash talk. By the time we met to settle things between the two of us I’d made up my mind to teach this cocky fuck. This fight started with test of strength, and long sweaty bear hugs. We would lock up, and exchange jabs while cursing the other. Just two masc pythons grinding away. Dude know how to give and take and always kept escalating the wrestling and roughhousing. A stalemate was called at the end of the night with a puddle left on the mattress where we battled as proof we had given it all. - he’s pretty fit too. Pictures don’t do him justice. A gentleman and all around nice guy. Highly recommend you call this guy out next time you near by. I’m already looking for a rematch.

JONSTEAD is recommended by NYC 123

Jonstead is genuine and good guy. He is a strong and can really put up a fight. He's got a great attitude and great conversation as well off the mats. I definitely looking forward to wrestling again.

NYC 123 is recommended by JONSTEAD

Highly recommend this fighter. This guy is not only a talented fighter trained in jujitsu but a gentleman off the mats to. The pictures he’s got up in his profile don’t do him justice, he’s a stud from head to toe. Worked up a steamy session with him. Glad we took the time to arrange this match

Such a great time wrestling this lean fighter. He put up a good fight against a bigger opponent and definitely made sure to get his punches in. Very cool and laid back guy to hang out with after the match. Very much recommended.

From the moment we met at the train station, shook hands and locked eyes I knew I was in trouble. Once at the fight venue my Suspicions were confirmed. This powerhouse was really tough to overcome and our match was not only an awesome body experience but one of the best fights I’ve had yet. Pictures don’t lie btw, this is as brolic as they come. Very sweet handsome and charming outside of the match. Highly recommended. Looking forward to our next rematch.

My match with this lovely guy came out of the blue during my New York stay but was I glad!
He's seriously strong and fast,intent on winning ( he locked me in some holds I was unable to escape ) but always respectful of his opponent.
Off the mats,very witty and approachable.
I'd recommend him to anyone!

So This review has been a long time comming! I met this fighter in a 3 way watch up at wrestle fest. So many of the guys at the fest had said to hit him up and try him out but didn't think i would get the chance but I was wrong. This Dued is supper fit and knows his stuff. Encredebly flexible and knoledge he quickly found a way out of some really tough hold and even with the asistance of one of my fellow team mates he still was a hand full. Off the Mat he is the kindest and sweetest guy you could ever meet. Just chill to be around. Defenetly would recomend him when he is in your neck of the hood.

JONSTEAD is recommended by brawl mart

Jonstead is definitely more skilled than a newbie, AND he's a load of fun both on and off the mats. Enjoy a match with him ASAP.

brawl mart is recommended by JONSTEAD

A tough guy and fun to hang with inside and outside of the ring. Challenging apponant with really good grappling skill. Highly recommend.

This guys is awesome to roll with. I met him at wrestle fest and knew I would walk away feeling it the next day. Lol. Well, I was right! This wrestling beast can gonfor hours and keep on going. Very strong and knew how to counter every move. For those guys who are learning this guy is a terrific mentor. Rolled with him twice so far and did not disappoint. Highly recommended if your ne'er him it worth the trip.

JONSTEAD is recommended by slandon23

Yesterday I had the privilege to wrestle my new friend and rival Jonstead we had a good match he is full of heart and eager to learn on the mats had a nice work out with him and off the mats he is the most funniest and entertaining people you can meet he keeps you laughing and in good spirits the whole time very full of energy and life I had a great day with him on and off the mats this is going to a longtime lasting friendship off the mats and a long time rivalry on the mats, so if you get a chance to meet and wrestle Jonstead (Ivan) please don't pass it up it would be a huge mistake on your part to be continued................

slandon23 is recommended by JONSTEAD

One of the most challenging matches I have had yet, this tough guy knows how to use every trick of the trade to his advantage. If you are in DE hit this guy up. We had a few hours together as he hosted (has awesome mats) and locked up several times that afternoon. This guy is safe and sane and provided plenty of feedback in between rounds. For a guy just starting out it a huge pluss. I highly recommend him both for his fighting prowess and overall good sportsmanship. Enjoyed this new rivalry and will be back to take him on with more experience under my belt.

This guy was a powerhouse. Really enjoyed rolling with him. Fun, safe and sane match with a guy who knows what he is doing. Even though I am new to this and learning, he took his time to educate me and show me some moves. I saw the improvement that same day and walked away from the match a better fighter. I highly recommend that if you get a chance to meet this guy that you take it without hesitation. I can assure you that you will have the workout of your life and perhaps make a good friend in the meet fighter community. I look forward to taking him on again very soon.