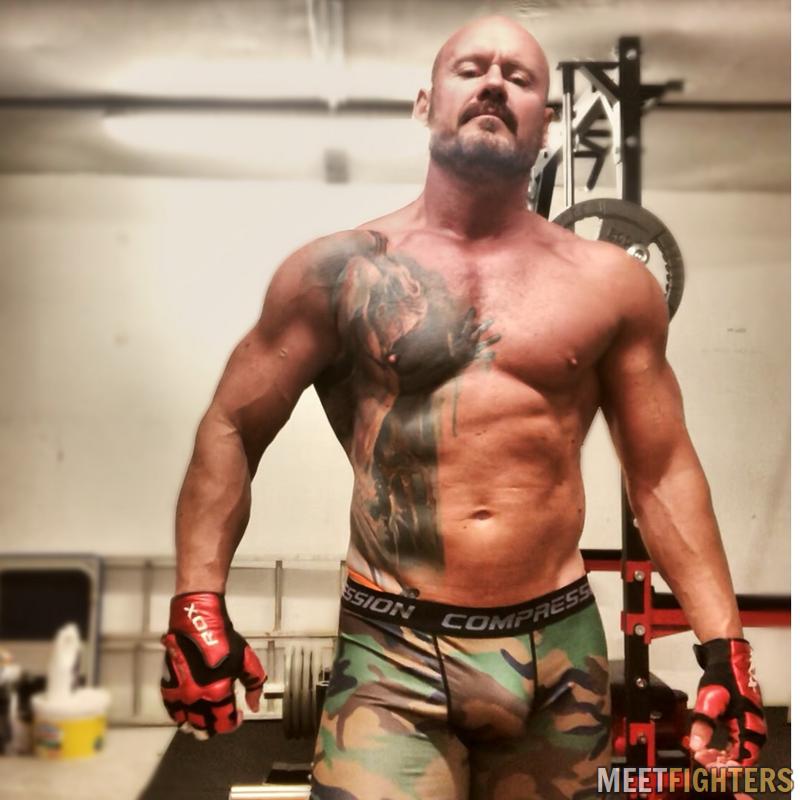 I’m primarily into a good wrestling workout sessions with other fit, muscled men. Not hugely into winning/losing, but am competitive. I’d rather have fun and get a good workout in than walk away feeling I came out on top. I like really going for it, but prefer keeping it safe.

If I favourite you, that means I want to wrestle you.

My preference is wrestling at Walthamstow Mat Room.

MusclDaddi is recommended by newstravel

Not only once but two times I got the chance to face this Hunk on the matts. We came across each other on Canary Islands during holidays and has been total pleasure to spend quality time with him. He is strong as you may see from his profile pic's but he is safe at all time. Hope to have a third round with him one day on a matroom for an epic battle.

newstravel is recommended by MusclDaddi

Luckily we happened to be in the same place at the same time on holiday so had a chance to meet up twice to wrestle. That says it all—had a great time the first time so was happy to go at it again. We kept it fun and safe, but definitely had some competitive moments that left me a bit breathless from the effort. I’m sure we will meet again and have more fun on the mats, and carry on our very interesting conversations off the mats. Great guy, fun wrestler.

I met Gymboyj at a group meet at Walthamstow. We had a competitive submission bout. He's fit, toned and looked the part in his gear. He's fast on the mats too. Hope we can meet up again soon.

I was very glad to get the opportunity to wrestle with Crushhhh at a recent group meet at the Walthamstow Mat Rooms. He's a really nice guy and has some good size - definitely made me work on the mats. We had a really good time. I recommend having a go yourself on the mats with this wrester.

29/12/2019: GymBoyJ was a great addition to my last grappling meet of 2019, although it was slightly sobering to be in a little group of four guys and realize that, despite appearances, youʼre the baby of the group—the three older guys all being in much better shape! GymBoyJ is, shall we say, well named, and all that muscle is not just for show—he is seriously strong. Thankfully for me he was only just getting back into grappling after a break, and had a cautious approach to his wrestling after encountering a few uncontrolled idiots in his last few matches, so I was able to get a sneaky sub or two off him on those occasions when I could stay out of the way of the power being applied. When it was, however, I was going down! But then that wasnʼt exactly unenjoyable.... A safe and sane nice guy, take the muscleman on if you can, he is highly recommended.

I was invited by another guy to wrestle with him and a couple of other guys, including Squashlad. I didn't know what to expect, but was very happy to have a couple of rounds with this guy. He's a scrappy wrestler with some skill, a really nice chap and good fun to be around. I'm glad we had the chance to meet and wrestle!

Had a great match with GymBoyJ. He was easy to communicate with and super nice guy off the mats. He is quite athletic, strong, and tenacious on the mats. Our match was a competitive and fun workout. If you want to test yourself against some solid muscle, take on this guy! I look forward to round 2.

After not wrestling for quite some time, this guy coaxed me out and glad he did. He’s big and strong, an unmovable mountain for the most part! The great thing is he knows just how to dial it up or down so it all stays safe and, importantly, fun. What a great workout. I learned a couple of things and was happy to feel frustrated I was at a disadvantage in the mats and get thrown around a bit. We had some good, fun banter—what a nice guy on and off the mats. Look forward to next time.

Finally Met GymBoyJ for a match after a very long time chatting to each other ! We had a great match at the ring in grove park and we had a blast ! He has a very impressive body which is almost 100% muscle and his biceps are two bowling balls ! Loved every second of our match and hope to roll with him soon !!!

I'm glad I had the chance to wrestle this big guy. I'm used to pushing my opponents around a bit, but that wasn't really possible this time, and it was great to be pushed back. This wrestler is experienced and capable. However, he's also such a great guy - super nice and more than willing to put a good, fun time over getting overly serious about competing. I had a great experience.

MusclDaddi is recommended by finest

This guy was waiting in the coffee shop in his singlet - ok he was wearing a pair of shorts as well, but I immediately loved his attitude which only got better as we got to the matroom.
His attitude is matched by his huge physical presence.
Great afternoon rolling on the mats, definitely one to meet!

finest is recommended by MusclDaddi

Such a great guy! I'm glad we met and had a chance to wrestle and get to know each other a bit. I look forward to more time on the mats with this one - what else is there to say?

Big, strong, muscular plus really nice guy
So take him on if you can. I did and loved it! And hope to take him on again over and over
Need I say more?

Such a great guy and great wrestling opponent. I enjoyed our wresting match and really enjoyed getting to know this guy as well. I hope to wrestle again.