Challenge! Messages
More...
Days on the site
812
Past Opponents
7
Recommendations
6 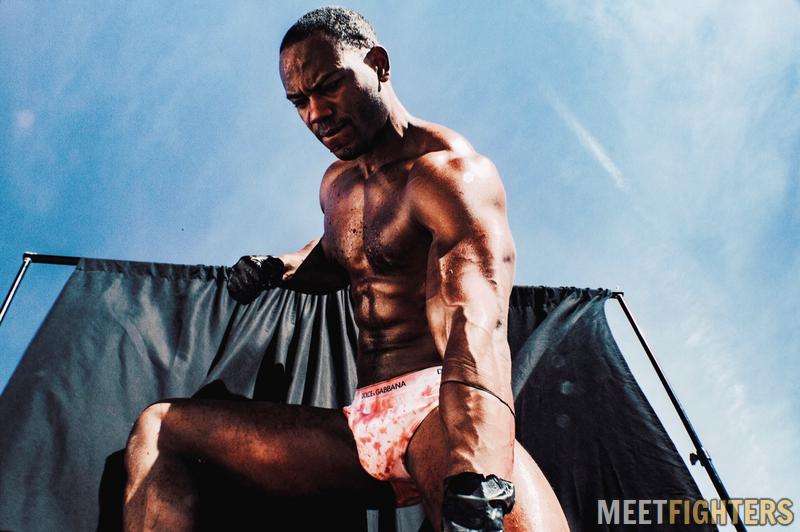 Cocky, Alpha, Muscular Athlete brand New to wrestling. Always enjoyed it as a sport and looking to meet other guys interested in it. Love gear and domination.

Open, solid, confident guy here. Stay safe during these crazy times. Love to chat and exchange info if we click and can set up a future fight.

Don’t be afraid to say hello/
Message for WhatsApp

Bigger, Stronger, Better probably the best words to describe this machine of a man. I fought a few big guys over the years but I would say he is the strongest so far.
I don't need to get into too much details how the match went, you get the picture.
Off the mats a great, gentle and funny guy. Had a nice talk and he made sure I had enough water after our bout.
If you get a chance to meet and wrestle him don't let it pass, but also don't expect to win ;-)

Very strong and very cocky guy but that doesn’t mean he’s an asshole or selfish. Some guys trade their humanity and respect for the fantasy of a fight and talk more than they battle. SF kept a good balance between showing interest and effective communication. He is a responsive guy who made sure to follow up on the details of our match and even had some playful teasing. He is in great shape and he knows it with big guns and quads.

We were well matched and his big muscles and personality were pitted against my intensity and appetite for destruction. While he is experienced he recognizes the benefit of a give and take and always made sure we were both comfortable and safe.

The specifics of the match aren’t relevant here but I would highly recommend him and strongly suggest anyone challenging him to bring their A game. Especially because now he has some back up from a friend if he ever needs it. 💪🏿

NEWRUFF profile is quite impressive, but not as much as he is. Finally we managed a fighting quick session and it was fantastic.

He is a great wrestler full of strength and skills and a great guy off the mats.
Enjoyed a good time with NEWRUFF as he is a fun, easy-going and respectful guy.
When fighting he can be mean and rough but only as much as we agreed on.

After the fight we talked a while, time flew really fast.he is an amazing host. Hope we meet again soon! Highly recommended!

Mililutte is a formidable opponent with a lot of strength and power. He was able to dominate me physically in some moments but mentally was able to destroy me. It proved an interesting match to battle someone who is not afraid of a bigger opponent.

While Mililutte is respectful and kind do not be fooled by his power and domination when he gets serious. The fight was tough and it made me sweat and most importantly gave me a challenge. Something that is not always possible to do. Even Superman has his kryptonite and anyone should be careful to not allow mililutte to discover your weaknesses. He will exploit them and use that info against you.

Highly recommend mililutte to anyone who is serious about battling a strong opponent. Very nice guy before and after the match and a reliable communicator in setting up logistics. He is the real deal.

NewRuff is recommended by Mark uk

Nov 18. Well if you wanted to TOP off a great couple of days in Dubai and want a beast of a challenge then this is your guy. This time I really met my match and loved every minute. Built like a muscle god and with a gentle charm about him. This was just a superb battle that I can’t wait to do again. Great body, great wrestler, great company what more could you ask. Outstanding evening topped off with dinner.

Mark uk is recommended by NewRuff

Strong and determined with lots of energy I had a great time battling Mark. He is as skilled in submission holds as he is in talking shit and his power and presence only inspired me to compete harder.

Mark is a powerhouse and left me gasping for air minutes into our match. With biceps the size of bricks it was difficult to overtake him but I like to think I gave him a rub for his money and made him sweat a bit. I definitely did. I highly recommend him to anyone whether novice or experienced as he is strong and respectful. He’s responsive and kind and I really appreciated connecting with such a strong guy which is not easy to find in this region. I was exceptionally glad that he came. To Dubai. I certainly hope he comes again.

NewRuff is recommended by wrestler sv

I challenged NewRuff... But I didn't know what I was getting to... NewRuff is a huge muscle stud! He was nice not to destroy me and he was kind enough to let me do some moves! Otherwise, I would have a chance! He is really nice guy and fun to wrestle... And just as any superhero, he had a weak point,... you just need to find it!

This man is the real deal. His pictures are him; exactly. Our match was a marathon session that alternated between animalistic aggression and playful give and take. We enjoyed testing each other's power, and knew we both had it. He may be new to wrestling, but he's got great natural instincts. He might not have seen a hold coming, but would naturally start the opposite motion to defend, and with his power, if he gets a chance to defend, you're not getting the hold. On top of all his physical attributes, he's considerate, thoughtful, and an all-around good man. It was a thoroughly enjoyable sweat-fest.

Solid guy with huge guns and extremely strong. Very patient with me as a new wrestler but made sure not to take it easy on me so I’d be forced to learn. Don’t let the kind eyes fool you, very assertive and inspired fighter who always looks for an opportunity to break you down and show his dominance. Luckily I have no problem doing the same.

Highly recommend him for a match. Just make sure you bring your A game.

NewRuff is recommended by Swenrique

WOW!!!
This incredible specimen of a man is like carved out of marble or granite! Muscular, Rock solid, STRONG, poweful and extremely handsome and one hell of a great guy!!! It’s my honor and pleasure to be the first guy here to recommend this Superman!!! We had a great time rolling and words don’t do enough justice for my respect and admiration of my new buddy!!! I can’t wait to roll with him again and again!!
This total package gets my highest recommendations in every category!!!😉

Swenrique is recommended by NewRuff

Solid guy who is strong as on ox but also very kind and patient with a newcomer like me. Very cool guy and I was happy to learn a bit from him and show off my strength. A+ guy. 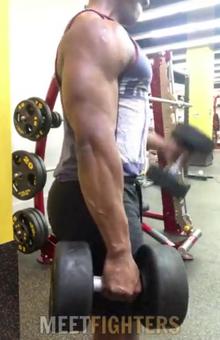 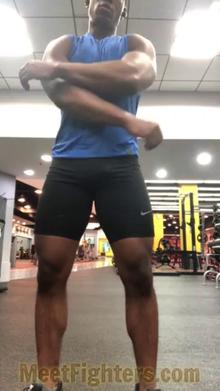