Challenge! Messages
More...
Days on the site
41
Past Opponents
0
Recommendations
0 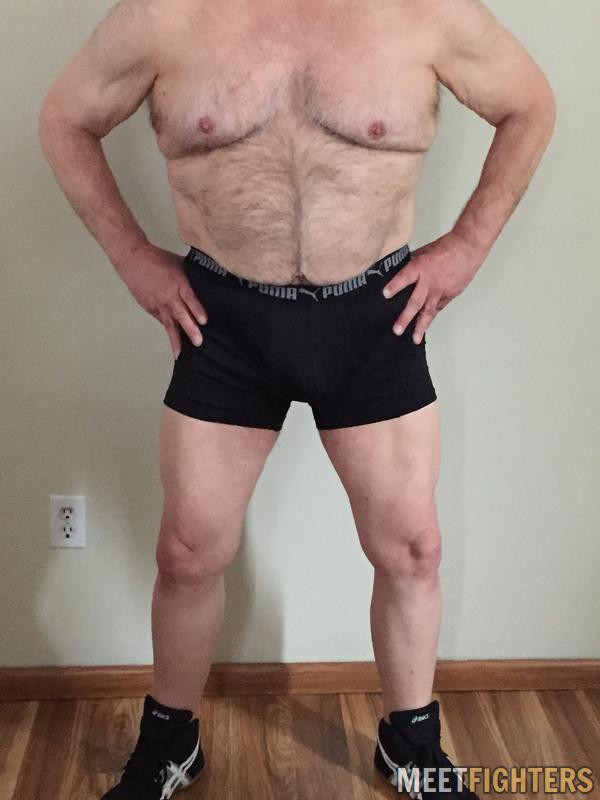 Mid-60's somewhat bear-ish, bi male deeply into mixing it up with men and women who truly like to wrestle. Also into couples. Mostly though, men both young and old who love to rassle.
Prefer competitive submission bouts but can be flexible. Also willing to throw hands and, perhaps some kickboxing.
Can go top or bottom; totally vers.
Like my wrestling competitive and rough just like my sex. We go until someone either taps or verbally taps.
Fight for top is possible; particularly oral top. I don't open the back door for just everyone (but athletic guys who can really defeat me probably get an invitation). Young and hung also have a special place in my "heart" (but don't they for everyone?).
Nips are hardwired; it's a direct connection.
Totally into NASTY verbal; trash talk, taunting, stare downs.
Up for various kinds of gear.
Cuckolds who wanna get beaten in a match and have me take your girlfriend/wife (Yes, I've met a couple), I'm up for the party.
Let's get rough and nasty!
Nicest, kindest grandpa ever in most of my life. Rough, nasty, verbal, fight for the win fucker in private.