Challenge! Messages
More...
Days on the site
2457
Past Opponents
8
Recommendations
6 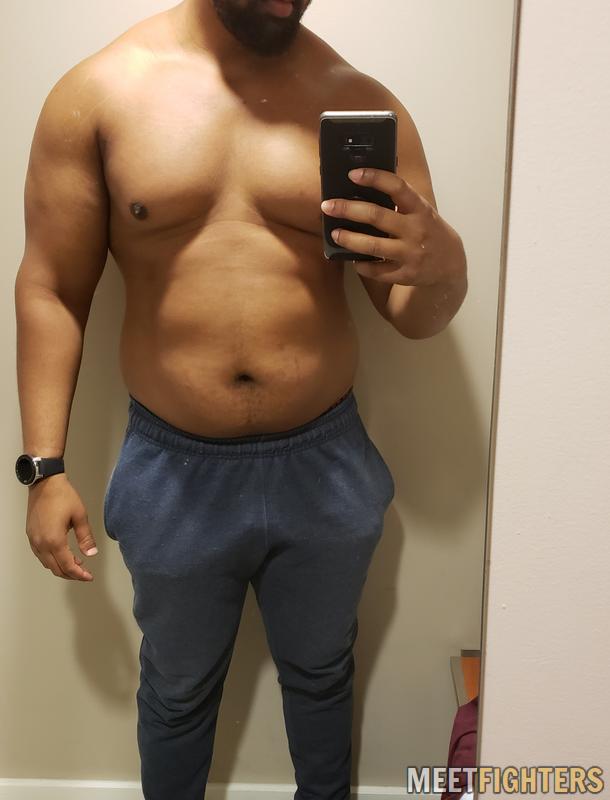 StrongNYr is recommended by CC 123

Big and lovable. Fun to wrestle and easy to talk to.

he is a big strong man...
I wish I lived closer to meet him on a regular basis...

This guy is a BULL! Huge muscles, great smile and personality highly recommend this man to anyone looking for a challenge. Easy laid back attitude but strong as hell really enjoyed meeting him. Hopefully we will wrestle many times in the future. GRRRRRRrrrrrr

I got to learn a lot from Ringmuscle. He definitely knows the sport of wrestling and cares about the opponents safety. I really appreciate his knowledge and muscles. Strong, aggressive, and fun. Looking forward to matching up with him again and hopefully we can get in a ring.

This guy is a mountain. We had a short but good match. He is powerful and will be even tougher on the mats as he learns more. He is an easy going guy. Highly recommend for anyone looking for a good match in NYC. Look forward to round 2!

Really good guy. We went a few rounds. He's definitely as strong as an ox. I still have a lot to learn. I'm hoping we can go few more rounds next time we meet and get sweaty.

StrongNYr is recommended by davey123

Oh triple wow! There is big....and then there is BIG!. This guy must be the biggest most muscular wrestler I have ever faced. I am not small but he made me look like a little kid! When he arrived and was standing on the other side of the glass entrance door, for a brief moment I considered not opening the door because he looked so hugely powerful and intimidating! This guy is a man mountain of very well put together muscle. I am not exaggerating here...biceps must be at least 21" and his shoulders and traps are awesome. He is much much bigger than he looks in his profile pic. A stunner in fact. Either the man of your dreams or your nightmares, depending on your point of view!
BUT......he is only really beginning on the mats at the moment, so get to him before he becomes an inexorable, unstoppable, wrestle-machine. Very friendly and easy going. We had rather limited space so did mostly a practice session on promission style holds - no chance of throwing this man around! He soaked up all the punishment I threw his way with great fortitude. I gradually discovered that the sign that a hold was beginning to tell was when he would start a deep throated growl. We covered alot of holds in about two hours or so. All the usual bread and butter stuff, (headlocks, armlocks, shoulder locks, neck cranks, plenty of scissor holds too of all kinds). It was a total blast when I managed after having made him sub in a mounted double straight arm and shoulder lock to manoeuvre him into a full Camel. Being held like that made those shoulders look immense (what am I saying...?...they are immense!!) and hauling the weight of those thick arms up onto my legs was hard work. Must have kept him in that Camel for at least four or five minutes, stretching him out hard. Am certain that if he wanted he could easily have just shrugged me off, but once the hold had really soaked in he had to submit. Also tried out combination holds and some other inventive stuff. He is very tough and has staggering reserves of strength. There should be a queue forming to wrestle this man. He did put me in a few holds (a very effective neck hold and excellent side headlock with bent armlock) and once all that weight gets on your chest I can tell you - you will feel it. But he is a really nice gentle guy....at the moment...! At one point when I had him face down on the mat and was choking him out with a Sleeper he managed to simply push up (with me on his back) and shake me off. I was too cowardly to persuade him to lock his thighs around me.....am certain that would have led to some rib cracking given the size and power in those wheels.
If this guy were to become a heel, or aggressive, you would need to look out guys! At the moment he is keen to learn all about wrestling and so if you want a handsome, cooperative, massively hunky training/sparring partner, look no further.
Very highly recommended - I would wrestle him every day if I could! It was a shame that he had to put clothes on to leave...but seeing those muscles so clearly outlined in his T shirt led to me deciding that I really had to try and Nelson him before he left. Was very difficult to get that hold on him, because he is SO BIG!

davey123 is recommended by StrongNYr

Rough, buff, and tough. Great body, amazing personality, and just a coll knowledgeable guy. Definitely was a great to learn from Davey. He's a great coach of the art form and really made me feel comfortable being a novice in the wrestling community. This was a great experience and he'll be sure to have you a little sore after a good match. Definitely want to wrestle him again in the near future.

Cool guy and great match. Had fun. Very strong and I learned a lot. He's very serious about his craft and I can appreciate that. Looking forward to fighting him again.