Challenge! Messages
More...
Days on the site
2648
Past Opponents
15
Recommendations
10 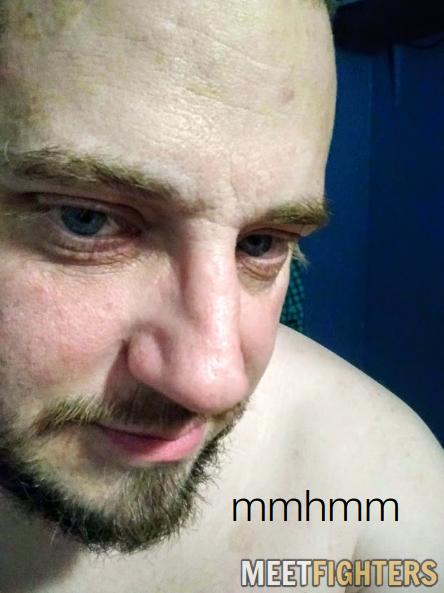 Gear: speedos to start, but often end up nude (not required)

I'd always been so easily intimidated, terrified in H.S. I had really been sick and weak as a kid and stamina was usually lacking. So of course, the adolescent high school gym locker world was one I just watched and survived. But yeah, usually a target. And Steve, the scrawny (my size) scrappy hot intense guy my size and weight, the star wrestler on the school's team, went after me - my first bully crush! lol I hated him and I MANtasized about him violating me. He loved taunting and shoving me around a bit every single class. He knew I was terrified and he enjoyed it, sadistic jerk. And every time I looked at him I saw some kind of hero. The tough smaller guy with a mountain of self-confidence I wanted to have, but didn't. A possible mentor to be acquired. How could I take him on? I was like one of those social nobodies, while he was hot, tough and connected. Yet a maverick at the same time. Maybe he was a Gemini. Lol

Anyway, you know where this is headed. He smelled my fear and desire and kept taunting me. And then one day, like Lucy waiting for Charlie Brown to kick the football, I decided to take him by surprise and strike. He was alone on the far part of the field before the end of gym class. I jogged toward him. Normally because he was a cool kid, if the other cool kids were watching he would either blow me off or shove me to impress others. But he seemed stunned and intrigued that I was headed towards HIM. I shouted right before contact "You Don't Look So Tough To ME!" and shoved his shoulders. He didn't fall over, he just didn't expect me to charge him. I knew what was next :)
LOL! Instantly he was all over me. That nice healthy male ego was going to tangle. We rolled around in the wet grass, it seemed like a short eternity. At first, the first 30 seconds I held on for dear life, terrified of dying. He was the one on the team with the skills. Rolling heaven of mounts and guards and then I got a mount - a miracle lol. And I sat on his chest, and I looked down and my bully in that moment was bully no more. He had become an equal. I laughed and mocked him, "What's wrong, huh Steve?" lol. Yup my masochist was alive. And sure enough punishment and pain galore. Body Slam, and all kinds of traps and scissors slithering in the wet grass. I know Steve was a Greco Roman star but I felt in that match a sinister, gifted intense submission rival that would be an amazing practice partner and coach. Neither of which happened. I guess the gay kid can't get too close in Catholic school. It might be dangerous to get caught in showers together...

I knew he was going to kill me before I shoved his shoulders. It was secretly exactly what the gay wrestlepig in me wanted Lol. But it didn't end up like that. I submitted. It was over, and we shook hands like friends. And the bullying stopped. Because I had become a man. I fought to a stalemate. And got my power back. And for the first time openly wrestled another man on equal footing. Good enough for me. It was a pleasure to fight him for it.

I assume a heel role about 65% of the time, sub the rest. Definite switch.
Everyone visits Vegas sooner or later. Make it worthwhile. ;)

Willie is a serious tough awesome competitor and coach. And in a nice Vegas twist he gives the option of training in the nude which I enjoy but isn't required. His girlfriend Kiersten is also a skilled MMA fighter and assists him in the lessons as far as videography and demonstrating holds.

I am beyond impressed by their knowledge, friendliness and humanity. I feel totally cared for and dominated and challenged at the same time which is exactly what you want and expect out of a decent coach. I plan on continuing to see him to maximize my skills for future private matches and also the next Sin City Classic in January 2021.

blacknight915 is not recommended by WrestleChub

Was definitely friendly and timely for our arranged agreed time. Also has skills. Our match ran short due to some logistical issues, neither person's fault. I am definitely hoping to get more prolonged and serious wrestling with him next time!

Super hot and overall a very nice open and responsible person! Jobbed for him for several hours, cant recommend him enough :)

Jobcoon is an adorable passive jobber. He warms up very quickly to a nice abusive heel! 😎

We had an awesome 6 hour match, both on a dry mat and in the pool.

He especially likes his tits and anus worked over.

Had a great time wrestling with WrestleChub . He's a skilled wrestler but really is about having a fun match with whomever he is wrestling. He's open to trying different styles of matches to shake things up. I highly recommend, and if you're ever in Vegas, look this guy up!

What an awesome guy! Gorgeous to look at and better to feel...all over lol.

We had a more than decent match. He felt very skilled and intense to me.

Definitely recommend him if you are visiting Colorado or he is visiting your area.

Had a wonderful first fight! He was such a wonderful teacher, not too fast or too slow. A perfect pace to show me the ropes! A wonderful conversationalist and someone who is obviously passionate about wresting and helping new people like me😊! Will definitely meet-up again!

What an awesome charmer! I had an absolutely swell time with this guy rolling around, teaching and learning holds, and creating a happy ending.

Recommend him without hesitation.

Great guy. He was very patient and a very good trainer. This is my first time at submission wrestling, I learned a lot and I can't wait to try it again. I highly recommend if you get the opportunity to wrestle him do so, but don't let his size fool you. He is very strong and very quick.

What a great guy. Friendly, eager and generous. We met in his hotel room and...well what happens in Vegas stays in Vegas lol.

Seriously though. Great match. Thank you.

the mask jobber is recommended by WrestleChub

A really nice guy, had a very enjoyable time wrestling him.

awill92 is recommended by WrestleChub

Alex is an adorable little guy I found to be on the submissive side, although I know he has been more dominant with other guys. Knowledgeable with holds and great energy. He has also been flexible and generous around meeting arrangements. I have wrestled him multiple times, and he is reliable.

WrestleChub is a genuine submission wrestler. He is extremely skillful and strong! He dominated me but he was very patient and gave me tips to improve my skills. We wrestled in his new wrestle room which any wrestler would love to have. And, most importantly WrestleChub is a very pleasant person to visit with. I give him much highest recommendation.

What a nice guy to wrestle with! Great energy, very flexible around a last minute unforeseen schedule change, and I could tell he really had a passion for wrestling. Although I don't box Dale does and I know he had a great boxing match with my friend Sid (scubawrestler). I hope to wrestle Dale again when he next visits Vegas.

Some argue that size matters; well, I found out that experience and craftiness in an opponent such as WrestChub is of equal if not greater importance. He is strong, very strong. In Spanish they say "Tenga cuidado"---be careful. This applies to WrestChub; his leg scissors are to be avoided at all costs. After a match, though, you will find him an exceptionally intelligent and engaging conversationalist.

A great challenging match and an excellent conversationalist. Great guy.

WrestleChub is recommended by WrestleJ

Good guy. He’s fun, experienced, and I loved practicing holds and techniques with him. I did make him my jobber boy at the end of the day.

Wrestlechub is a very eager wrestler as shown today when we practiced together in a jiujitsu no gi class. He wants to learn, has good knowledge of many of the moves, and is a very pleasant person. He was right on time and is a good partner on the mat.

WrestleChub is recommended by Redmond40

Amazing experience. Very knowledgeable and experienced grappler. Learned a few new moves and had an enjoyable evening. Very nice guy to talk with too, especially about our shared interests in wrestling. Very much recommended.

Redmond40 is recommended by WrestleChub

This guy is big and friendly. He was very generous to let me wrestle him in a very nice hotel room. He was fun, and shot a lot of great pictures of our match with his ipad. Like myself, he was very safe and sane, and we both learned some things and had a good time. I can recommend him without reservation.

Butch was very friendly, skilled, knowledgable and fun to wrestle! :) Be sure and look him up if you are in Vegas, he enjoys hosting.

WE have been wrestling friends for over a decade. He is my all time favorite. Hands down. You want to meet up with him.

Sid is a really great guy. Willing to take the battle to you, but also be an awesome friend with a heart of gold. You can not only enjoy getting sweaty, hot and bothered with him, but you can have a fine evening of conversation and admire his soul :) Hugs, Sid.