Challenge! Messages
More...
Days on the site
3318
Past Opponents
28
Recommendations
9 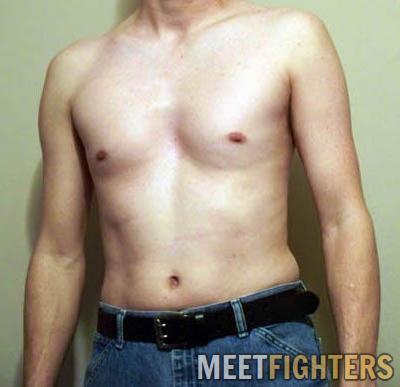 I am willing to travel 150 miles

6'1", 181# into wrestling... looking to take on the big guys (bears, chubs, dads, cubs, etc.) Have done mostly submission style and some nhb. Like stocky/chubby/husky types. Also into dad/son vs dad/son matchups.

ironwill is recommended by mainewrestlingchub

Ironwill and i had a couple different matches at wrestlefest. I learned alot from him both times and hope I learn from him every time we wrestle...which I hope will be many. Great guy on the mats...better guy if possible off the mats. Not only an opponent but a friend. Thanks for a great roll buddy! Highly recommend Chad for whatever style you want to wrestle him...he can back up all the talk when he walks the walk. The real thing!

ironwill is recommended by Boxerinpa

Ironwill is a beast! He gets down to business & will give you a good match. He kicked my butt grappling without losing a breath or any energy. He is the real deal & is highly recommended. He is a nice guy off the mats. Do not pass up the chance to rumble with this guy!

ironwill is recommended by lb200

One of the toughest opponent I have ever fought.

His sleeper is devastating and his technical skills way surpasses my own :)
Ironwill beats me hands down!

ironwill is recommended by bobster

The guy is a tough opponent. Don't be surprised by his weight. He takes on bigger and older guys and handles them easily. I look forward to meeting with him again. Take him on when and if you get a chance it will be a great opportunity.

ironwill is recommended by billwrstlr

Tough little fucker for his size. Skilled and aptly named, he does not give up easily. Has the balls to take on much bigger men and can bring them down. He beat me when we first met, am looking forward to fighting him again and getting some revenge.

ironwill is recommended by dguy

Awesome tough guy. Great to wrestle. One of my favorite matches of all time.

ironwill is recommended by dadwrestle

Wrestled this great guy once at a Clash of Titans meet in USA! What a star! Tough, strong, never backs off. He delivers a hard aggressive submission wrestle you will remember!

ironwill is recommended by Rusnak

Ironwill is a great challenge on the mats. TOugh, strong and skilled, he never backs down fomr a challenge, no matter how big the guy is. We have tangled a number of times now and I have never walked away disappointed.

ironwill is recommended by Mighty Mongo

Don't let the size fool you. Ironwill loves to take on giants just to bring them down. He's a skill wrestler and I love taking him on very few guys this size can give me a run for my money. Any wrestler will get a good workout from him.