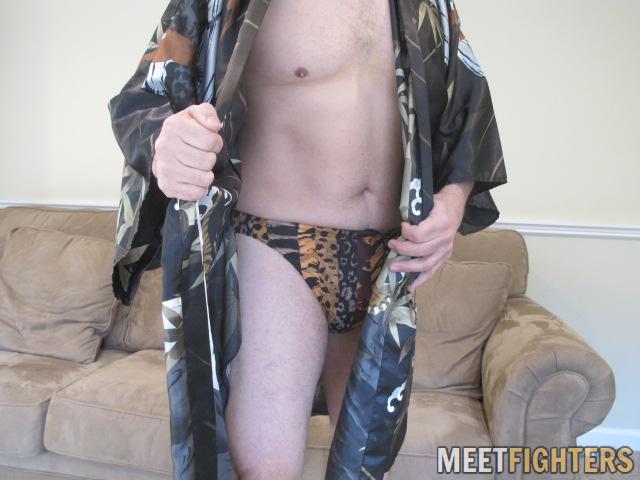 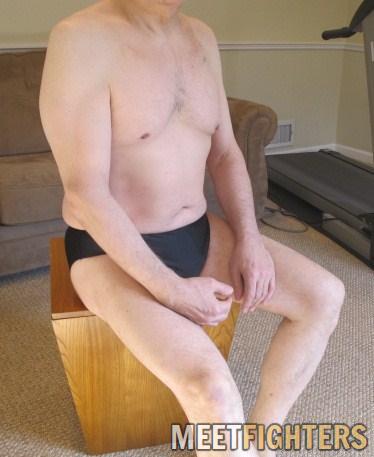 Miscellaneous interests: Massage, I have access to mats, I'm a heel, I'm a jobber

Joe and I go back many years, and had a memorable battle at Sean's infamous wrestling den in NJ just across the George Washington Bridge. We were equal in strength and determination and fought to a draw. He was as kind and gracious in person and he was tough and tenacious on the mats. Although in recent years he has retired from the more competitive submission matches that marked us at our strongest – both about 205# of solid muscle – he still loves the sport and paves the way for the young men who still can't resist his allure and who futilely insist that they can beat the Champ. He remains the gold standard in our great sport of wrestling.

Marianno is an amazing fighter and great fun. I was fortunate to roll even with him. In addition to his impressive array of submission techniques and formidable strength,he brings another weapon to the mat..an atavistic determination to conquer combined with the most distracting physique. Unlike a number of us "mature" veterans who have retreated from the rigors of hard submission to the more tranquil climate of the easy roll ,I know he continues to play hard..so you young fellows beware..I think you'll lose!

lovethesqueeze is recommended by Champion

I remember my first match with this sporadically sadistic Mat Chameleon. At first his mild-mannered "gentleman" act lulls you into a sense of confidence and self-assurance, almost to the point of carelessness. He strokes your ego and piles on the complements as you prepare to do battle, almost knowing you are gonna turn it down a bit before locking up. Then - this not-so-tall, not-so big, and very quiet opponent - strikes!!! You almost don't know what happened! Your mind has to catch up with your body as you struggle to regain position. Then the look in his eye tells all! He is not only fucking strong, he has technical skills and a psychological game that leaves you playing catch-up for the first several minutes of the match. Suddenly you know you are in a mat-war with a strategist who has a penchant for inflicting pain - and who enjoys it! Jobbers beware - he is a jobber-master in sheep's clothing. Other heels - take heed - all is not what it seems with this Svengali of the Manly Art! Off the mat - he is all he pretends to be and more. He put the G in gentleman and the H in honor. I know this as i know my own mind. Its MY honor to call him friend.

Champion is recommended by lovethesqueeze

The fearsome and ever dangerous Champion has returned to the wrestling circuit after a lengthy and unexplained absence. This reappearance will strike fear in the hearts of his hapless opponents ! Experience and power combine well in him, especially when those formidable attributes are augmented with the pervasive deviousness and the occasional(but always controlled) sadistic impulses for which he is known. He will initiate fledgling figthers, tame the prideful ,and subdue the strong. Beware the breath-stopping bearhug, the dizzying headlock ,and the vertebrae-snapping full nelson. Be prepared to surrender your speedo!

Met the wily and lean muscled tygrrr first when he was a major BG star in the 90's.At 5'10/195,I thought I would roll over his 5'8 145 frame, never realizing until it was too late to avoid the humiliation of defeat that he was not about to let that happen.We met on the mat, stripped to barefeet and speedo .I circled,and he followed. Then,suddenly, he got my arm up and behind me in a dramatic and PAINFUL hammerlock.I worked against it ,but it was hopeless.Eventually, he took me to the mat,still locking on the brutal hold and making my big body squirm.Then he delivered several knee drops to the shoulder,causing me to jerk on the mat in extreme agony AND more seemingly never-ending hammerlock pressure...I HAD to submit...the tygrrr then stood over me as I tried to get myself together and taunted me...GET UP BIG MAN.Eventually, I did and ,to my satisfaction, launched an attack on him.But ,once again ,he changed the dynamic,driving from no where a big knee to my abdomen.I went down like a shot,gaspng.Fromthen on ,it was one brutal hold after the next ,including several leg squeezes from his incredibly strong thighs, and aseries of sleepers that had me groggy and on the edge.Fnally ,he took the last submission in an excruciating and inescapable leg nelson and then let me just drop,breathless, to the mat,.waited a bit while posing and thenturned me over for a slowwwwwwwww 5 count(it could have been a hundred)...we have rematched, but the tygrrr remains too focused and too strong.

I met and wrestled this tough man several times on my trips to the East. I would attend Hillside Wrestling and then spend a week in NYC. While in NYC, I would take the bus to NJ and wrestle this man. He is unbeatable. He has powerful thighs and a powerful chest. Nice bulge to the biceps as well. I never was able to do anything against him but he was very hospitable and wonderful off the mat. On the mat, he is a very tough competitor.

A very provocative and inspiring opponent who is both tough and resilient(albeit given to some hyperbole in his generous critique of our several encounters). He can handle whatever you throw at him and come back for more. He is eminently durable and can get rough if you incline toward extreme physicality.And that ,of course, is what makes it so hot if u are able to subdue him(which may come at a price). Also,he is very friendly and gregarious! Just be ready to fight.

lovethesqueeze is recommended by Barefoot Grappler

Ready for the rematch,Good match with tight holds,strong opponent,Joe took me down and pinned me to the mat several times,
my wife will watch us fight again,stakes match,gear to nude in barefeet

Barefoot Grappler is recommended by lovethesqueeze

Those of you who might enjoy performing for a female spectator should contact Mike. He is a fun guy and wrestler ,and both he and his wife(who is also a pretty good wrestler) are very accommodating. We rolled when he still lived in New Jersey; he is in SC now but always welcome to reappear here.

I have been meaning to write this for a while. Jasonfl is one tough matman and the absolute master of the reverse fig 4 headscissors.He's shortish but skilled ,quick ,and determined. Catch him if you can in Florida but be ready for some punishment!

lovethesqueeze is recommended by Marylands Best

Joe is great guy, handsome and very strong. Very knowledgeable of holds and can be mild to wild. Hoping we get to wrestle again. I highly recommend Joe, we had a great time every time we meet.

Marylands Best is recommended by lovethesqueeze

We first met many years ago and have recently renewed our acquaintance..MD"s Best is unbelievably durable and able to withstand copious punishment and still ask for more.BUT he is now threatening to return the favor in our next meet(and he does have VERY strong legs)! There is no one more dangerous than a jobber turned heel! He is FUN!

Very strong very feisty very fast... a genuine opponent who will try to defeat you and very well might even if you have a big size advantage...and a good guy..try him if you dare.

Met a while ago..a total powerhouse on the mat. You will turn on to the match if you like stiff hard competition.Also,pretty hot looking in a speedo ,as well as in gi pants! A great experience and a completely cool guy!

Don't pass on the opportunity to wrestle with Lovethesqueeze. True to his name he makes great use of his legs and feet and can make you suffer. But he always keeps things safe and sane and is one of my favorite opponents.

We had a GREAT spirited roll...lean is just that...lithe powerful muscle and strong legs for gr8 scissors action.Like me,he enjoys having an interested spectator (male or female) in attendance. He is one of Chicago's hidden treasures !

Bill is a VERY good guy ..also quite strong /good bearhug etc...definitely worth a tight squeeze.For those of you who like mature hunks,you have hit a jackpot!

mattz4fun is recommended by lovethesqueeze

mattz is the genuine article and the total package...one of the best matmen you could ever meet. HOT as Hell all the way around. Don't let him get away!

lovethesqueeze is recommended by ca510140

It's been a few years back thatwe met. Totally missed writing a recommendation for this guy. He's GREAT, very easy to set up thematch with, showed up on time, and was exactly as his profile stated. We had a really good time trying out each other's scissors and wrestling around a bit on the small hotel bed. Would me him again no hesitation . If you are near by make sure you hit him up for a fun safe match.

ca510140 is recommended by lovethesqueeze

met a few years ago in nyc...Mike is lithe and strong with a very potent leg vice that can make even bigger guys like me gasp...love the scissor= love Mike...and a VERY nice man all around..a "10"...!

Great guy on the mats and off. Highly recommend this man!

This talented guy has become a good friend as he progresses through his checkered wrestling career. Currently, I address him politely as Mr. Cyber Squeeze. His name and rep strike fear into the hearts of most of those foolish enough to have taken him on but I've heard that if you beg real nice you might get to win some too. Cool, creative, and thoroughly recommended.

lots of fun with this famous light weight..proverbial for his wicked and deceitful but disabling holds!