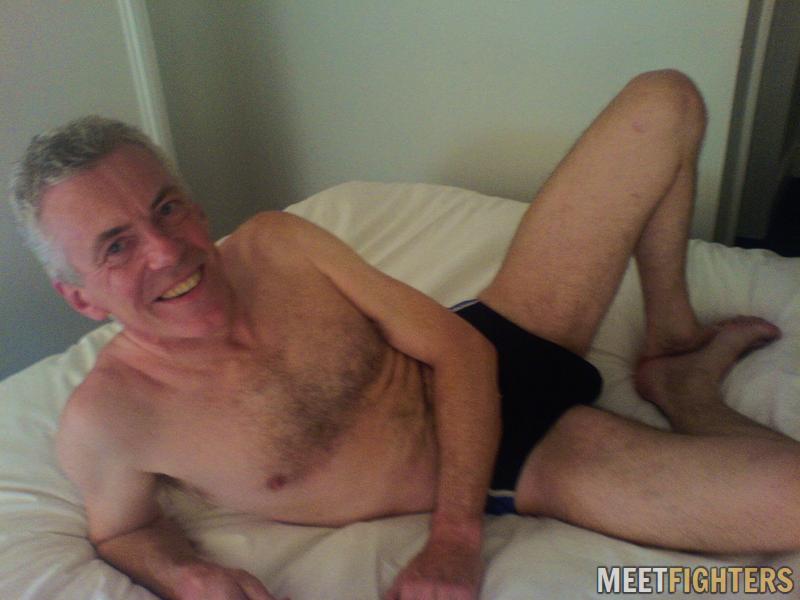 I am willing to travel 100 miles

I'm slim, muscular, fit. Seeking guys who are fit; must have flat, hard stomachs. Like long fights to exhaustion. Sub wrestling, maybe with body punching. Also boxing - sparring and fantasy. Can host only occasionally, so usually meet at yours, in matroom, or hotel.

I had a great subs wrestling session with Michael. He says he is mainly a jobber, but he can certainly fight back strongly. He negotiated well what we got up to, and is a pleasant guy to talk with. And I should mention that he is beautiful.

northfighter is recommended by frits

Met Jamie in Manchester for a relaxed submission wrestling encounter. Easy to arrange a meeting, and to handle, due to some difference in weight, skill and experience. Pleasant and sympathetic guy on and off the mat. A lot to be discussed in both our backgrounds.
highly recommended.

frits is recommended by northfighter

I met Frits at Pippa's in Manchester. We had a good subs wrestle. Frits is strong and skilled. He is also a really nice and interesting guy. My only regret is that we did not have more time to wrestle. Highly recommended.

Northfigher might not have expected an all out submission match from me but he certainly rose to it, defended himself vigorously and did not shy away from coming back round after round.
A good solid guy in the ring and a great conversationalist as we shared a meal afterwards.

I had a great session of sub wrestling with readyforit. He is very skilled and very strong, so the submissions were all on my side! He's considerate of his opponent's skills, and a very nice and interesting guy. Highly recommended.

I had a great meet with Derek at his home. Lots of gut punching with and without boxing gloves. Subs and pro style wrestling. He has a great body, and is a thoroughly nice guy. Highly recommended.

northfighter is recommended by claymore

Our third meet ( 12 Oct 2015 in Manchester )
I'm sure most wrestlers 'get it' that the second and third meets are always better as trust develops.

We bloody leathered each other in grapple gloves. Fantastic meet.

Christmas market my arse, met Northfighter again in Manchester today. It just gets better, old men shouldn't be punching the daylights out of each other.
Reminds me that I am alive, fantastic fight.

claymore is recommended by northfighter

I had a third excellent session with David - long sweaty wrestling/MMA fighting. Really hot. He's got a great bod, and is a really nice, interesting guy.

Catching up with reviews that i have missed. Drove up to see Jamie and had a really good evening. Charming host (we had dinner) and a great battle. Very sexy guy and a great boxer/wrestler.

I had a great session with Ian. He is a really nice, friendly guy, very easy to talk to. He is very strong and a very skilled wrestler, and I was basically the jobber. But he never went too far past my limits. Highly recommended.

Met Jamie some time back now and have been looking forward to round 2 since. It finally happened yesterday! As before, we started with wrestling then put on the gloves for a boxing/wrestling combo. Jamie is slim, agile and energetic with good stamina- we kept going for a couple of hours breaking only to get some re-hydration. Recommendation thoroughly deserved.

I had a really good second meet with Matguy, wrsetling and boxing/MMA with 16oz gloves. He has a lot of stamina, and is an interesting guy to spend time with. Highly recommended.

Toronto25 is not recommended by northfighter

northfighter is recommended by jay 312

Met earlier last week good bout good exchange of holds and trying to make each other submit. Would recommend.

jay 312 is recommended by northfighter

I met Jay the other day and we had a great wrestle. he's a really nice guy too. Strongly recommend.

Went over to Jamie's at the weekend and he is a great host. We had a long wrestling session with plenty of give and take. He is great to wrestle and to chat to afterwards.

I met reslograppler for the second time last weekend. We had a great time in a long bout. He is strong and aggressive. Also a really nice guy to talk to.

northfighter is recommended by spirit6060

met Jamie for the second time on Sunday the 3rd of Nov
for boxing and wrestling , i never have been keen on bare knuckle / gut punching .but Jamie went steady on me , and we had a great long secession
looking forward to the next round

spirit6060 is recommended by northfighter

Very good fighter who likes grappling and boxing ! We finally met in paris and it was a real pleasure even if we had so few time because it was intense and fun.
Will enjoy our re match as soon as we can meet again.

One of the nicest people I've had the pleasure to encounter! Enjoyed some good sparring sessions on several occasions and great conversaton too. Not met up for a while but hoping to remedy that some time in the not too distant future!

I've had some really good training sessions with Vincent. He is a very skilled boxer, who teaches beginners in a patient, systematic way. He gave me greatly increased confidence in boxing. And this enabled some great sparring sessions - last time we did 10 2-minute rounds, the best session I've had. He is also a really nice and interesting guy to talk to. Hugely recommended!

We had a really good afternoon of fun wrestling and practising holds yesterday.......thanks very much!
It was a very hot session together and it finished with a tag team match with two Brazilians!.........
.
You never know how a day is going to end! Altogether a very nice way to spend a rainy afternoon!

I met Wresterlertoo when he was down in Barnsley recently. He is very fit, strong and agile, so good fun to wrestle with, and sexy. He is also a really nice, friendly and intelligent guy. Highly recommended!

Had a brilliant session with this guy. Good company and has a fit body.