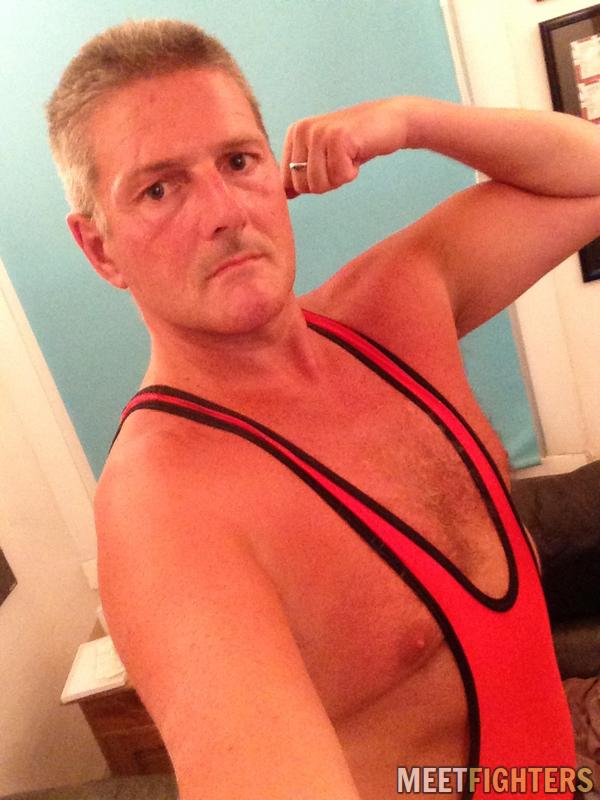 I am willing to travel 500 miles

into sane but competitive submission wrestlng and give n take. Have pic on request

Do not underestimate Marcus; even on arm wrestling and enjoyable submission session with subs both ways. highly recommended as great guy too.

I have known Simon for quite a number of years. He was my first match after a long pandemic-induced break from wrestling. As ever, he was a tough but sane wrestler on the mats; off them, he was a gracious host, a perfect gent and a stimulating conversationalist. Highly recommended.

First grapple since before start of first lockdown and thoroughly enjoyable. Hugh just gets stronger and harder to handle or try to each time.

Manc Man is recommended by ukscisors

Dave is one of the UK greats on here; top grappler with top sense of humour. I have wrestled him twice in his sweat box (and we both put pigs to shame in that respect). First time he looked a little like Johnny Saint, slim build with a tattoo or 2, and I largely worked him over comfortably winning the sub count and enjoying getting his head between my thighs (back of head to crotch) after to enjoy my win. Second time many years later, he looked more like Terry Rudge and like a lot of Rudge's opponents I was almost totally mauled; he was all over me forcing sub after sub. I was worked over and dominated and at the end it was a different post-fight humiliation. Would love a deciding 3rd bout many years later now!

I met ukscisors for a wrestle, quietly confident I would wrap him up in knots - or at least hold my own. But that was overly optimistic, the man is a wrestling supremo, strong and able to read anything I tried. It’s a while ago, so he could be even slicker now. Great entry in the memory bank.

Wrestled Matt a number of years ago. He was feisty but locked up and put in his place. Return would be good as genuine guy and fighter.

2/25/2019: Another fun match today with ukscisors. Always fun to manhandle and make submit. Always welcome on my mats. Don't miss the opportunity to wrestle him if you get the chance.

9/8/2017 : Rematch - another great match with this sexy man. Great guy and fun to wrestle. Again folks, don't miss the opportunity to wrestle this guy. You will not be disappointed.

Rematch and the power, speed and technique of the champ is undiminished - simply the best and a great host Sep 17

Another rematch Feb 19 and whilst I feel my power and stamina diminishing with age, Shawn gets stronger and more dominant - I was well and truly owned. The best and a great host and guy.

Ajax2 is recommended by ukscisors

Simon is a tough solid wrestler - when he is on the defensive he is as stubborn as hell. When we met he was injured (thank god) but he put up a good fight. Had he not been injured the outcome of our fight might have been different. A really nice guy - very hospitable. He and I will fight another tome when he is 100% fit

Its been a long time coming and what a strong, feisty and competitive little ......
A prior match-sustained injury for me meant we couldn't go at it properly but I know what I face when we do and we will.
Enjoyed the post-match beer or two and chatting about and watching wrestling.
Reliable and Recommened - as he says, :unfinished business".....

He's still strong & knows his moves. I was beaten decidedly but had a good time. He'll give you a good match.

rematch after many years and Tony is still feisty and strong; an enjoyable meet and recommended

Had a very fun match with Simon. Excellent blend of competitive sport and fun roughhousing. A very tough opponent and doesn’t go down easily. He’s also strong like an ox ; watch out for his legs - you won’t see them coming and man can they squeeze. Off the mats, a very amicable and great guy. Highly recommended!

John is a great wrestle meet; superstrong core and body and game for competitive or hold-trade. Unreserved recommendation and hopefully not our last meet!

wrestle81 is recommended by ukscisors

Loved a quick wrestle with this very hot man many years ago and would love to do so again. We chat often as he is very engaging - very recommended!

ukscisors is recommended by fitman321

We had good match and know him years and had lots wrestling fun and always won which made me mad as not in losing.

fitman321 is recommended by ukscisors

Ukscisor is a sturdy fighter so it was great he accepted a wrestle with a handicap giving me plenty opportunity to go for and subdue a much bigger guy. I had a great time with a great guy. I think he wasn't too unhappy either.

Due to weight difference agreed a handicapped match with Yves and he took advantage - great fun! top guy

ukscisors is recommended by Friendly Heel

We met some years ago.
On time, keen and eager. Was a pleasure to help start him along the road to wrestling fun! Highly recommend

Friendly Heel is recommended by ukscisors

He was the first guy i wrestled many many years ago and i am not sure i have met a better British wrestler since. He was both encouraging and deadly with his skill and power back then and the perfect first meet. Highly recommended if serious about your wrestling.

Top guy in all ways, loves hard boxing and the gear, good teacher too, v strong

strong powerful guy, have had success wrestling him but on his day dominated me, recommended

fought a few years ago, tough and great attitude, i may have had the better of it then but he got one nasty sub on me and suspect there would me more now, recommended

enjoyed the verbal jousting before, the match and would take on again