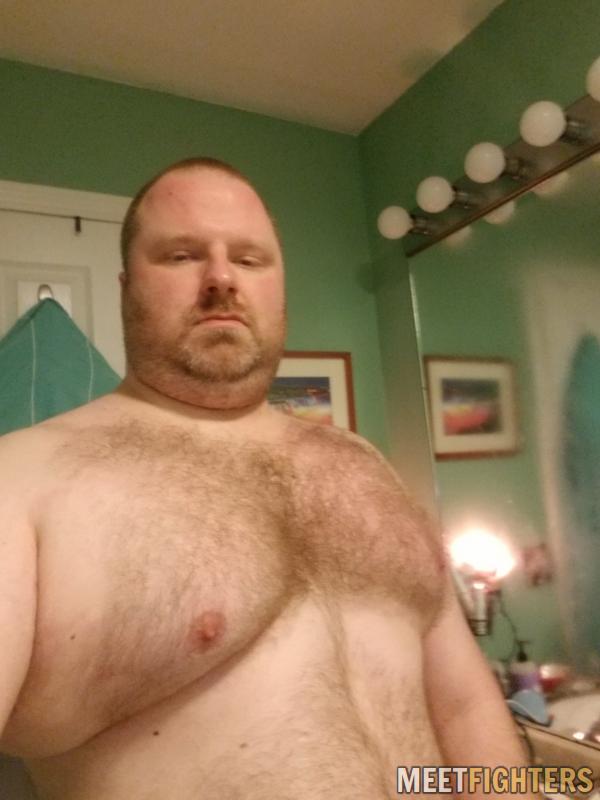 I am willing to travel 75 miles

Enjoy watching wrestling videos. Not wrestling much these days due to shoulder issues.

We’re def over due for a rematch... was one of my first matches and won’t be my last! Tough primal beast he is - will def go toe to toe with you. Nice as hell too... can’t wait to cross paths again and get sweaty and rough with this dude!

So this man right here (all man) was my first match way back when and he got me hooked on this. Definitely out gunned and out matched by him, but he was an awesome opponent. Thought I had him a few times, but his muscles would just bulge and he'd put me on my back easily. Round 2 some years later was no different - just hotter. We've stayed in touch over the years - a gentleman off the mats. Can't wait for our paths to cross again.

wrestleinmn is recommended by Drax Spectre

Strong guy. Don’t underestimate him or you will be woken up with a scissor lock around your head.

Drax Spectre is recommended by wrestleinmn

Great guy... very friendly. Had a light wrestling match but he knows how to pour on the pressure and get you trapped. Wrestle him if you can.

This guy right here knows how to wrestle. From submissions, ranging from head scissors, sleeper holds, and pec claws(which you should watch out for) there wasn’t much I could do. Regardless if you want a guy who knows how to have fun but keep you guessing what he’s about to do next then wrestleinmn is the guy

Very nice guy. As his profile says, he tends towards the jobber role...but he puts up a good defense. My scissors didnt do anything to him. Good stamina too. He is a fiesty guy. We did debate about his username on here...I think it lends itself more to the heel role. I suggested another name based on a unique ability he demonstrated during the match which put me in quite a predicament during the match. What's that ability? Wrestle him to find out.

wrestleinmn is recommended by Roll23

Met up with this guy for an afternoon match and I’m sure glad I did! Not only is he a powerhouse on the mats but was also great in conversation and host. Don’t pass up the chance to wrestle with this beast

Roll23 is recommended by wrestleinmn

Do NOT pass an opportunity to wrestle this muscle beast. He knows what he is doing, and he does it well. Made me tap a few times, but we worked up quite the sweat and kept things going back and forth. He is also a very safe wrestler. I know he could go harder and wipe the floor with me, but he made the match an absolute blast. Bring on round 2

Wrestled years ago, but the match was crazy fun and very memorable. Very strong opponent. Definitely got put in a few painful holds that he he really enjoyed making me submit in. Take him on if you get a chance but don't underestimate him or you'll end up a jobber.

Mnwrestlermn is tough. Although I worked him over pretty good the first match we had, he is a quick learner...he had me in all sorts of holds in our later matches. Loved working over this guy and getting worked over by him...

UPDATE NOV. 2018. So. After 5 years, I had the opportunity to meet up with this guy again. He turned into a damn wrestling beast. I had no chance.. totally owned me from the first seconds of the match and decimated me. Gotta say.. I'm proud of him... being one of his first matches. He's really worked hard to become the muscle bear he has and the training. Not that I was ever good teacher, but he totally destroyed the guy that dominated him so long ago. Revenge is sweet I guess. Highly recommended.

Great looking guy who knows how to make big guys submit... over and over. If you want any chance of standing up against this stud, wrestle on a mattress and you may have to fight dirty. But be ready for 5x the payback. Great guy! Wrestle him if you can!

wrestleinmn is recommended by lb200

WrestleinMN is a real case of don't judge a book by its cover. In person, this stud is a cute happy bear with a handsome smile. :)

In wrestling, he can definitely hold his own, use his weight as leverage and defend himself effectively despite saying on his profile that he likes to be worked over.

Well, you have to deserve it. If you manage to roll him around and get on top of him (or if he lets you), then be sure to keep him there and work him over! :) Don't let your guard down, WrestleinMN is a fierce fighter if he wants to!

lb200 is recommended by wrestleinmn

You absolutely must wrestle lb200 if you get a chance to! A great guy all around and a fun time in the ring. He's very adaptable and will work with your skill level. I haven't wrestled in a while, but had a blast (although I'm definitely feeling sore the next day!)

Watch out for his scissors - and he can definitely rack bigger guys - no problem.

Definitely hope to wrestle again soon with him!