Challenge! Messages
More...
Days on the site
1004
Past Opponents
29
Recommendations
11 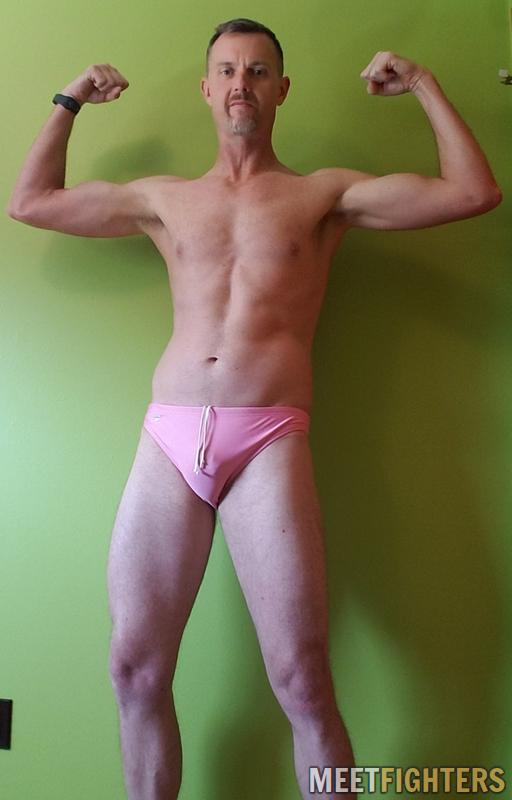 Learning that I want to get into more classic pro wrestling, but still down for sub...love being taken down by smaller guys and guys my height as well!

Hit me up, tell me what you're into and let's have some sweaty fun!

It has been a while since I took on WrestleMePDX but I still think about our hot match from time to time. He was kind enough to drive up form Portland and I'm glad he did. We went at it for an hour or two and I only wish we could have gone longer. If you get a chance to take on this stud don't pass it up as you will miss out on some fun wrestling. I hope that one day we'll get a rematch in.

Had an incredible match in oil with this lean machine. What a match it was! He delivered what he promised. Very hot match with hard action, and I mean hard. Nothing better than oiled up glistening bodies interlocked in tight action. Even though it had to be a mattress match, it was very rewarding.
I cannot recommend him enough. Would wrestle him anytime.

I've had my eye on this guy for quite a while, so when he hit me up to let me know he would be in town and oil wrestling is his passion, I was pumped! And from the first second we started oiling up, I knew I was in for a hot match...wow! Just an all-around awesome human being and gracious host. Any time we're in the general vicinity of each other, I'll come running!

Chatted for a year before I got to lock up with this gent. It was well worth the wait. Wrestlemepdx is fit, fun and probably the most flexible opponent that I’ve had. I had a blast twisting his tall, toned body into positions that would make most cry uncle. Super easy to meet up with, good communicator, worked the hell out of his singlet, and he kept everything fun. Would do it again in a heartbeat.

Still coming down from the high of a great match with RJ! Just a genuinely nice guy off the mats and an animal on them. Some great holds that really put me thru the ringer. I had such a great time working up a sweat and hope to do it again sooner than later!

What more can I say about this all around stud! Had my first oil match with him and he taught me the ropes. Great conversationalist off the mat and he is just as amazing during the match. If you're ever in Portland look this guy up!

What an awesome oil match we had! If I needed any reminders about how much I love oil wrestling, this guy reminded me in spades! Excellent conversation to get acquainted pre-match, which made me look even more forward to the incredibly hot oil match that followed. Would gladly accept another challenge from this dude in the future!

Unfortunately we missed each other on my first trip to Portland in 2017, but it was well worth the wait when we finally did connect. Besides being one of the friendliest guys I’ve met on here he’s also way more handsome in person. He’s got a great collection of sexy gear that he definitely wears well. We had a great time rolling and looking forward to locking up again on my next visit.

Well worth a year's wait to finally get my hands on this guy. His pics don't even begin to describe his worked out body, let alone his physical presence when you're standing face to face with him. One of the most memorable matches I've ever had, and I would gladly accept his challenge anytime in the future!

GREAT time working with and enjoying pro wrestling fun with this fella. More than happy to have been his first all out pro style match. A quick study and ability to flow smoothly in a match. A welcome addition to those lovers of classic tv style pro!

I can't think of a better dude to assist with my foray into pro wrestling than profantasywrestler. This guy has it all - wrestling skill, the perfect attitude and ruggedly handsome good looks – a winning combination in my book! His passion for pro wrestling was evident from the first message we exchanged, and he delivered 100% once we finally stepped in the "ring." My only regret is that I didn't block out 3 full days on my calendar for more classtime! lol
If you're serious about pro wrestling and re-creating those classic Saturday morning matches we all watched growing up, look no further. Profantasywrestler is your one-stop shop. I'm already looking forward to locking up with him again!

Met wrestlemepdx on his trip to atlanta. Really great guy, looks even better than his pictures in person. His profile is deinitely accurate. Highly recommend!

So glad I had the opportunity to meet up with this guy! Genuinely nice guy who understands the dynamic of both wrestlers getting what they want out of the match. Not to mention he's hot as hell and WAY stronger than I expected! If this guy asks for a match, do yourself a favor and make it happen!

When you think of wrestling, look up this tall, lean, handsome man who can hold his own in a pro, submission or oil match. He's friendly and accommodating and a lot of fun. Schedule a match and you won't be disappointed.

I've had some great matches with this stud. He's a fiesty fighter and his body is every bit as hot in person as in the pictures. Highest recommendation.

I've had the opportunity to lock up with this guy on several occasions, and he never disappoints! Very flexible on style and an excellent teacher too. If you're ever within 100 miles of this dude, do yourself a favor and wrestle him!

This guy made for a great meet-up in PDX. Lots of... stimulating... chat in the lead-up to our oil wrestling match, and it was everything I anticipated and more. I foresee several more oily battles with this stud in the near future!

The conversation leading up to our match made for an even hotter match when we finally met up! Had an awesome time hitting the mats with this guy. Would definitely take him on again anytime our paths cross in the future!

Great guy on and off the mat. Solid wrestling skills. Lean and strong! 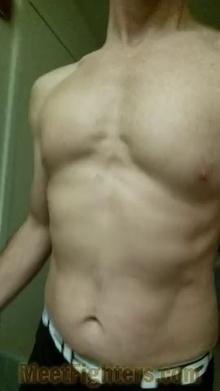 Posing before a hot match!