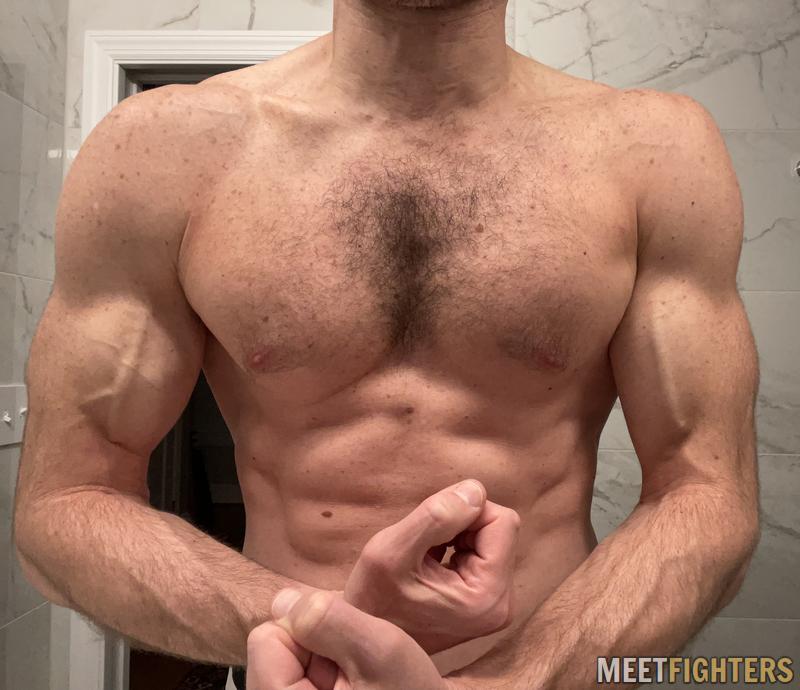 I am vaccinated against COVID-19!
Verified member
Donating member

Masculine guy. Always told that I look younger than my age. Have done a few wrestling matches but still learning the ropes. Will travel for a fun match. Also have 8x8 mats and can host.

Mostly into guys in their 20s and 30s who are in good shape. Muscle is awesome (like to feel other guys flex), but leaner builds are cool, too.

Into exchanging holds and friendly submission - not anything too intense or painful. Also into arm wrestling.

Explorer is recommended by wrestler1999

I definitely underestimated this guy even after reading his reviews. I had a big size advantage...but it’s really hard to make him tap, and he’s got a deadly chokehold. Off the mats he was very chill and easy to talk to.

wrestler1999 is recommended by Loxerdude

This guy is strong as hell he destroyed me in arm wrestling and started to come after me to put me in a lock. Next time I will probably get squashed since I don’t seem to learn my lesson with trash talking stronger dudes. Off the mats I have to say wrestle1999 is probably one of the funniest savage dudes I’ve met. He is actually pretty dominant in a subtle way so be careful he will joke with you then kick your ass if you’re not as big as him. Then tell you he’s sorry he didn’t mean it after handing your a*s to you.

Loxerdude is recommended by wrestler1999

I was in NYC for work and was tired as hell, but he guilted me into meeting up really late after weeks of banter via text...and I’m glad he did. He’s funny as sh*t and has really nice biceps (which feel good, too). We arm wrestled, did some roughhousing, and then hung out for a couple of hours. A good guy - would definitely hang with him again.

wrestler1999 is recommended by subguy21

Was fortunate enough to meet up again with this stud after wrestling a few years ago. He is super strong with good technique, and a hot body...not much more you can ask for. He had a big weight and height advantage on me, but it was still fun taking him on and flexing off with him afterwards. Def look this hot/chill guy up if he is in your area.

subguy21 is recommended by wrestler1999

Had a rematch about 5 years after our first match. I think he's gotten even hotter with age. ;-P

In all seriousness, he's got a great body which he likes to flex and show off - especially his chest. And has legit wrestling skills. So he almost had me in a headlock early on. However...I had about 9 inches and 50 lbs on him, and that turned out to be enough of a height/weight advantage to force him to submit a few times. But even with that size difference I still had to work hard for those submissions.

He's also a good looking guy and super chill - a cool guy to talk to before/after the match.

wrestler1999 is recommended by CRedfield

Easily one of my favorite guys to roll with now. We finally met after a long time of trash talking and he did not disappoint. Stronger than he looks, he definitely made me work for each submission. And while the sub count might seem low, each one was a struggle and we went at it for a while. Highly recommend this wonderfully nice guy with one of the best bodies I’ve had the privilege of making tap.

CRedfield is recommended by wrestler1999

Was excited to test my 11-lb weight advantage against his wrestling skills. After some arm wrestling, we got down to the main event. Much to my frustration, he got the first tap and edged me out overall 2-1. Hard to get this guy to submit! He knows a lot of moves - definitely worth taking him on if you’re looking for a good match. Nice body (his biceps look bigger in person), and a nice/chill guy off the mats.

wrestler1999 is recommended by axxo007

After weeks of trash talk, it was great to finally measure myself against this beast. His muscular body is as impressive as in his pictures and packs tons of strength. He dominated the arm wrestling but I'm glad I could give him a good challenge on the mats. Looking forward to the rematch!

axxo007 is recommended by wrestler1999

Had a good time rumbling with this guy. After some arm wrestling, we got down to the main event. He's strong and definitely has some skills, and it ended up being a 1-1 draw in submissions. Also enjoyed feeling his hard biceps. Very nice guy off the mats as well.

wrestler1999 is recommended by brick

This guy is stronger than he realizes! Zero body fat and and incredible lean, hard muscle. He had me by the neck a few times, and made me tap with leg scissors VERY fast. In the end I had a few more submissions but enjoyed throwing down with him and would definitely be up for round 2.

brick is recommended by wrestler1999

Brick is built like a brick house - huge chest, arms, and legs. Plus he's definitely more skilled than me. We did a little submission (I'm pretty sure he was going easy on me) and also exchanged holds. Super nice guy outside the ring as well. Had a lot of fun and hope to hang with him again.

wrestler1999 is recommended by mno

Great guy to wrestle with, nice guy and sexy body. We had a hot back and forth match and he definitely made me work hard for those taps. Would definitely recommend.

mno is recommended by wrestler1999

Super nice guy. Great body. Very strong. I knew I was in trouble when we did a weigh-in and he was 17 lbs heavier, since he's all muscle. We both forced some submissions, but overall he made me tap more.

Pec bouncing before a match