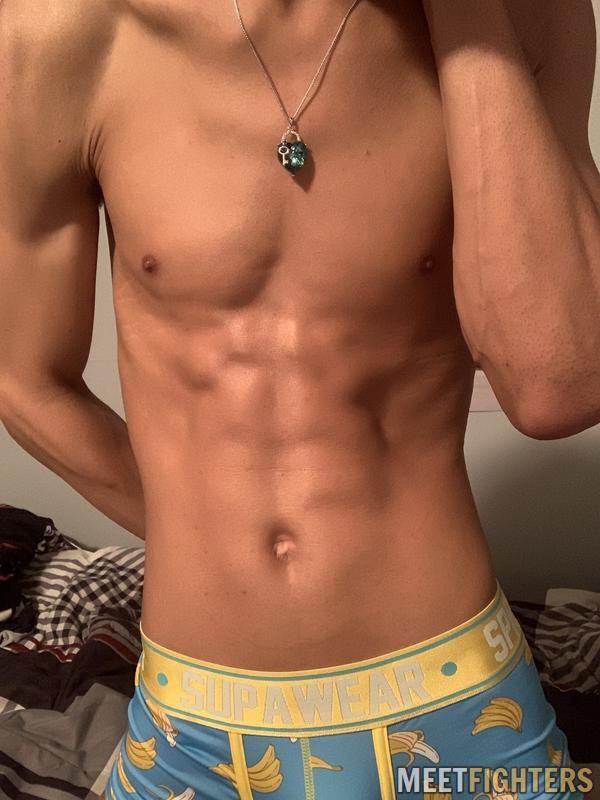 Mostly into semi-competitive submission, freestyle, and/or oil wrestling, also dabble in light boxing. 🤼‍♂️🥊 Can travel and host with portable mats. A willingness to videotape matches definitely moves you up the List, but it’s not a dealbreaker! 🎥

Skeletor is recommended by wrestlerpnw360

Tough opponent with solid jijitsu skills. While I was able to have some wrestling advantages he made me tap numerous times with his jijitsu experiences. Highly recommend and nice guy too.

wrestlerpnw360 is recommended by Skeletor

Definitely the toughest freestyle/Olympic style wrestler I’ve faced so far! 🤼‍♂️🙌 Very solid sturdy build for 160 lbs, it was super hard to toss him around. Surprisingly, I was able to dominate him in the submission rounds—but once he masters that style, he’ll be unstoppable! 💪

Skeletor is recommended by ForrestTaylorWrestling

Skeletor is a great opponent! We talked before our match to make sure we were on the same page and enjoyed dominating one another in a competitive match. Can’t wait to wrestle him again!

ForrestTaylorWrestling is recommended by Skeletor

It’s funny, this “rookie” was like, “Oh, I’ve never done submission wrestling before,” but no more than 60 seconds into our sub match, he had me hoisted up over his shoulders! 💪😝😝 It was a very fierce & sexy battle that I’m definitely gonna feel tomorrow morning. Already eager for a rematch! 🤩🎥

Skeletor is recommended by LuchadorChinito

One of the most awesome guys I have ever wrestled with. He is amazing on and off mats. Highly recommended!!!

LuchadorChinito is recommended by Skeletor

Luchador Chinito 🇨🇳 and I battled it out in Harlem back in 2016 and it was a very hot semi-competitive match. 🤼‍♂️🔥 Much like myself, a lot of guys underestimate him based on his size... BIG mistake! Although I eventually took control of the match, this stud didn’t make it easy. 💪 He’s a super smart & sweet guy, a gracious host, and it was fun exploring a new city together. 🗽 Highly recommend!!

Skeletor is recommended by Preston

I had a very nice wrestling match with Skeletor He dominate me in oil wrestling match. Id like to having a few more match’s with him. He is skilled and eager to get into the match.

Preston is recommended by Skeletor

Had an excellent time wrestling with Preston, he has a nice space for hosting. Since he’s an MMA guy, our match was slightly more brutal than I’m used to, but it was a lot of fun! If it weren’t for the baby oil, he probably would’ve DOMINATED my ass! 😂 He’s got great biceps and looks quite impressive in a singlet, jockstrap, and less. 😈😈 A total gentleman, he even took me out to dinner after the rumble. 🍣 I’m ready for Round 2!

Skeletor is recommended by nicky7

I met skeletor afew years ago for a sub match. He is very strong and knows how to submit an opponent and withstand some of my best holds. I had to work hard. A great match and a lot of fun. I highly recommend him.

nicky7 is recommended by Skeletor

Had a fun competitive battle vs Nicky in the UCW ring a few years ago. 🤼‍♂️ For a lightweight wrestler/boxer, he is surprisingly strong. 💪 My technique ultimately won out, but he did not make it easy for me!

Skeletor is recommended by Crash 2 Pieces

Great guy on and off the mats! Easy to talk to and all around nice guy. He deff gas more experience than myself but we still had a great match. Would always be down for another match if that chance comes up!

Crash 2 Pieces is recommended by Skeletor

It was awesome to FINALLY battle it out with Crash! 🤼‍♂️ It’s always such a pleasant shock to find a formidable opponent who’s around my size. It was a very playful, sexy, and intense battle that spilled over every inch of our hotel suite, lasting for hours—I’m pretty sure we even wrestled in our SLEEP, lol! 🌙 Can’t wait to get my hands on him again someday! 🤗

Skeletor is recommended by Newchallenge

The man known now as Skeletor is a legend for many reasons. Crazy thing is, it's true. All of it. A gentleman and patient, while inflicting due punishment for inexperience. 11/10, would be destroyed again.

Newchallenge is recommended by Skeletor

Had a lot of fun geeking out with and beating up on Newchallenge! 💪 In great shape, I was (pleasantly) shocked at his upper body strength. It was so much fun battling it out in singlets, jockstraps, and slathered in oil. 💦 He’s definitely welcome back anytime!

Skeletor is recommended by dcwrstldude

The one.... the only... slimjim! He’s an absolute beast at wrestling and don’t let his size fool you, if he gets you locked in a hold, you will tap out. I had twenty pounds on him and he kicked my ass for most of the match. The worst thing you can do is underestimate this guy.

If you get a chance get your ass in the ring with this guy, you won’t regret it!

dcwrstldude is recommended by Skeletor

Used to wrestle this guy ALL the time back in the day, though we probably spent more time talking, hanging out, and terrorizing the city. 🍻🥳🥳 Some of my hottest matches were with him (Drunken Monkey, lol) and usually a 3rd sexy guy we could pound on. My favorite thing about him was his playfulness and imagination. Although I could always make him squeal at submission, he’s an expert Heel and a blast (especially) for anyone into Pro!

Skeletor is recommended by Wrestlinboi

The only thing more impressive than the set up Skeletor was running was the man himself. Kind and patient off the mats, slippery as *&$! oiled on the mats, I had a great time and was introduced to two other wrestlers as a bonus. Would wrestle again, a shame I had overbooked and our time was cut a bit short. First oil match ever though.

Wrestlinboi is recommended by Skeletor

Such a sexy opponent—wish I’d had more time to beat up on him. 😜🇨🇦 We’d randomly bumped into each other at WrestleFest ‘cause we were staying on the same floor, and we ended up just talking in my room the first night. That Sunday we did a Round Robin w/ Vic & Bkbulldog and he was the only one brave enough to jump into the oil pool with me! 💦 It was a very hot match, can’t wait to pick up where we left off!! 😈

Skeletor is recommended by seokyo

Skeletor is the man. Extremely nice, laid back and friendly guy. He has put on a lot of muscle since I first met him. We have wrestled each other about 3/4 times. Watch out for his head scissors. He loves those.

seokyo is recommended by Skeletor

I met Seokyo back in 2013 at my first NYC WrestleFest 🗽 and we’ve been friends ever since! Every time we meet up, it’s always a fun and aggressive battle for dominance! 💪 I love a lightweight with a mean streak—y’all should definitely hit him up!

Skeletor is recommended by Boxerboy91

What a fantastic match with a fantastic guy! Super fun and hot time rolling around with Skeletor. I’d have to say there are few opponents who made me feel as comfortable as Skeletor! And though I could hold my own pretty well, he still out wrestled me time and time again. However, when we strapped on the gloves and did some boxing, I got the better of him! If you want a great match, I’d definitely suggest sending Skeletor a request! Can’t wait to throw down again.

Boxerboy91 is recommended by Skeletor

Such an AWESOME series of wrestling & boxing matches!! Had a blast rolling around and putting the hurt on this guy while his gf enjoyed the show! 🎥 LOVE how open-minded they were and how he was up for multiple costume changes and match styles. Glad we could arrange a match over a matter of weeks—can’t wait for the rematch!!

Skeletor is recommended by Tigerrific

Lithe nubile opponent that is much stronger than he looks. Had a great time matching up against him and hope we'll meet again in the future for more rounds!

Tigerrific is recommended by Skeletor

HANDS DOWN the hottest match I’ve had in the past year! Tigerrific and I are quite evenly matched and we had a blast beating the stuffing out of each other, all while taking makeout breaks between holds. I don’t usually like LONG matches but we wrestled for hours on end (singlets & oil), then woke up and wrestled some more in the morning! 🤣🤣 WELL WORTH the 6-hour drive (No way I was gonna pass up the chance to meet)!!

Skeletor is recommended by Mcjames

He was one of my sexiest matches. He is extremely skilled, really strong, and is also really nice and patient. The only thing that I can outdo him in is reverse headscissors. Make sure you wrestle him!!!!

Mcjames is recommended by Skeletor

Some of the most bone crushingly tight scissors I’ve ever felt around on my neck... and I loved every minute of it! 😜 This sexy lean wrestler and I’ve met up a couple of times and it’s always a hot competition!

Skeletor is recommended by wrestlingotter

It’s great to see this seasoned wrestler back on the site. He and I had quite the memorable match after finding ourselves using what space we had (a box spring lol) to wrestle. It was still worth it, though:)

wrestlingotter is recommended by Skeletor

One of the hottest, most intense matches I’ve ever had! We met up years ago as part of a group match and just instantly hit it off. Even as the other pair of fighters (Nix & Maineagle) took the mattress, we couldn’t keep our hands off each other... so much that we memorably battled it out on a boxspring. My back was bruised for days and it was 100% WORTH IT!! Can’t wait to roll with this stud again!