Challenge! Messages
More...
Days on the site
3307
Past Opponents
9
Recommendations
9 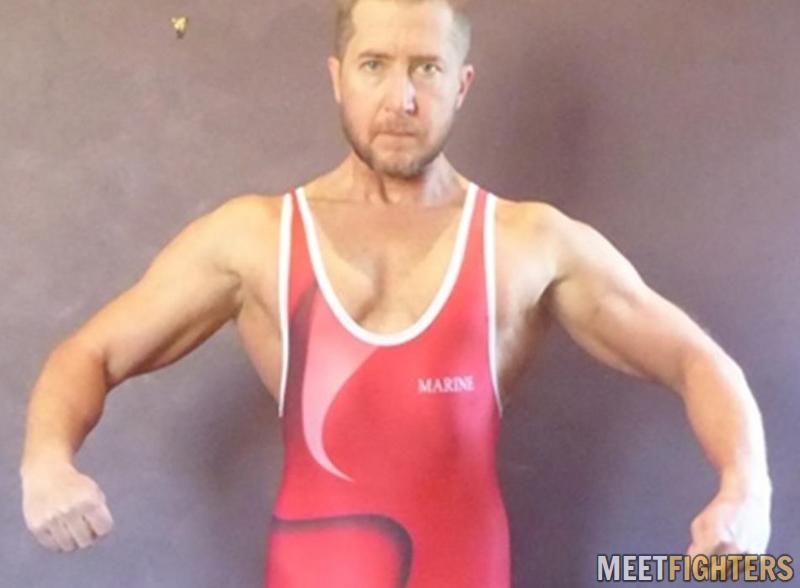 Gym guy into wrestling other gym guys. Also no problem with being tossed around by a big guy or muscle daddy (jobber by heart) or dominating lean twinks!

Been admiring his profile since I first joined and was super keen to finally meet up. An injury meant we couldn't wrestle, but it was amazing seeing him show off that amazing body of his. Even though he was out of action I still got to manhandle him a little ;) Super sexy guy, great to chat to, highly recommend

Met njaym92 on a visit to Melbourne -while I was injured, so sadly no serious matches - but lots of holds and worship - njaym92 has a great bod (massive legs) and can crush a man with his strength. Had a great time and look forward to future matches! ps far more handsome than his pics suggest

tribod is recommended by cyclone74

This guy is great to wrestle with an amazing body. If you don't get a chance to get on the mats with him it's your loss. Plus a nice guy off the mats also
8/9/19
This hunk of a guy still amazes me how cute and fun he is to wrestle. I did get the opportunity to feel his scissor tonight, wow he can crank a body scissor with the best . I wish we could wrestle more often. Plus we had a flex off, I think we both won there 😍

cyclone74 is recommended by tribod

Great session and great guy - uses his massive legs to keep you down! Brutal chokes just like I like them - highly recommended to anyone in or visiting Sydneytown!

Second time around as good as the first - totally crushed by those quads!

tribod is recommended by MT59801

This guy looks great in a speedo......where’d he buy it? I should have staked him for it. Strong with awesome pecs...tough and suffers well. I’d go at him every day I am in Australia!

MT59801 is recommended by tribod

Hot Handsome Hunk - Great meet in Newcastle - one hot bod that knows all the moves, great pecs and happy to torture me with his holds. He would have won those speedos if they were for stakes!

It is a rare pleasure to grapple with a guy like tribod – great physique, aggressive wrestler, and a personal maturity about the encounter. He's a self-confident stud with a facial profile photo, and was even eager to video the match (pics posted here – video on globalfight). Our physiques matched up well, separated only by 4 pounds of muscle. But on the mat, the Champ overpowered and dominated the young Aussie stud. The boy succumbed quickly to multiple submissions, and was defeated in arm wrestling in under three seconds! The Champ made the stud his "boy toy", and as usual, milked him and then marked him in the end as his stable boy! We both had a great time, wrestling, flexing, competing high up in my Honolulu condo overlooking the ocean. We were both in paradise! :-)

MusChamp is the Master! A total stud and genuine good guy. I was totally dominated and crushed by the master of the mats - too weak to get out of his powerful grip and pins! (Don't go for a run before meeting, save all you energy if you are going to take on the Master!) We did some rounds in speedos and naked - his fav. Him milking me after his total domination while restraining me so tightly was very HOT. This man is the real deal and I think the man some of want to be!

Tribod is a great guy and really knows how to take some punishment and keep coming back for more. He is in incredible shape and only wish that I had more of an opportunity to wrestle him

As the title suggests he loves to punish - tight hot bod, with lots of strength in those legs! Loves to keep you down - highly recommended!

Hot match. Even though the match was short but we had great time wrestle. He is strong, muscular and have a nice man bun on the head. We started with arm wrestled see who the strongest and straight to wrestle. He do competitive matches too. Great guy. Highly recommended.

Hot guy - was able to give me the crush/fight I desire. Great body and given time constraints our fight soon turned into a mutal muscle worship session, with some gut punching and a lot of cock fighting. Very strong, great bicpeps and good selection of gear We did suits and posers/thongs. My pecs were also well tortured!

tribod is recommended by Amirul

He is a strong guy, its a hard work for me to pin him down though. We had a real good fight. Thanks for the tips and good time together. I am looking forward to have a fight with you again. Lets keep in contact.

Amirul is recommended by tribod

He reckons he has no skill at wrestling - I think he is wrong! Be warned he was able to get me down, keep me down and crush me like a pro - and I have the bruises to prove it! Small, but fast, lean and a (nice) mean streak when you are in a hold! Nice guy, had a good chat after. Sorry we did not have more time together!

A great fight and nice guy to chat with in between.

He is a muscular guy, but still beatable. So don't let his physique get in the way of helping him gain more experience. He is also very nice – he was able to get me into a sold-out clubbing party in Sydney. :)

Great wrestler - and a nice person. Really great wrestling experience @ his hotel room and was punished by his skill! Trains hard and often and learnt a good deal from the experience. 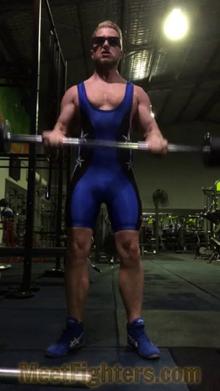 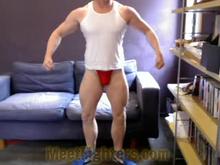