Messages
More...
Days on the site
1711
Past Opponents
0
Recommendations
0 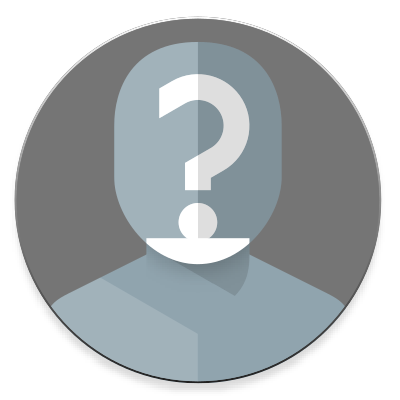 I am willing to travel 15 miles

I continue to “lurk” here and read profiles.
Frozen shoulder an issue, balance issues, now extreme dry eyes - on top of the pandemic
keep me n/f.

Thanks to those of you who have sent notes of encouragement!
Too old to do much but look at profiles and some times message.
I truly envy you younger guys doing what I could have done 20-40 years ago.
Have to applaud older guys still in there swinging.

In my searches here in Illinois - before my body went South - found a lot of guys in very good shape; guys who just want sex; older guys than me - I am afraid of triggering medical distress in them; and a passel of GP men. The later - I worry about what they could take irl.
Guys 40 years younger - contacting me for a match - are kind of weird.

1/2/2020 - eye surgery for a detached retina, but other issues found.
Right eye vision is very bad. Could no longer take a face hit on that side.
Have not been hit there in 30 years.
Can’t get my internal clock under control - can’t get to bed before 3am many nights and might sleep 10 hours. One writer here suggested getting a body bag for my basement and doing punching sessions on nights when I can’t sleep - to wear myself down.
I use a CPAP. Renewed my local rec center membership for track walking - not ready for machines.

Vehicle wreck in March of 2019 has had me very lethargic.
Was concussed and now have balance issues.
Scramble words a bit, some times when folks tell me something - it needs repeating for my brain to process all.
Heat - for once in my life, in Summer, just blows me down. Anything over 80.
Having lived for years in NM, TX and OK - Summer heat was NEVER an issue with 100+ temps.

Major dental work on 1/19 - has made my mouth look like that of a washed up hockey player. Most front teeth are now gone. I need a mouthpiece!

No picture posted on my profile - I look like Gabby Hayes.

I was into female on male boxing before I got hooked on men’s boxing.
Ironically boxed with 3 Native American women of different sizes and ages in the 80s.
Apartment bouts.
Never have co-ed boxed again.
Had 2 co-worker gals - in the 90s - who wanted “gentle me” to teach them to box - but got bad vibes off both.
Now female boxing is the rage. Won’t pay for a hooker or session girl or dominatrix to box with - but I thought about it after locating to Chicago.
Knew a MTF gal - former Marine - whom I wondered might spar with me but our friendship was short and fleeting. Wondered how she might take a boob punch.

Did a lot of backyard and living room bouts in the 70's and 80's. Work-outs with like-minded guys.
Some fun, some attempted beat-downs on me. Knocked out once.
We were young and stupid - portable ring mats weren’t available then. Carpet on concrete or wooden floors were our “rings”. Boxing outside was more fun - but we policed up our fight areas first - for stuff NOT to land on. Yards with lots of dog turds - were non-starters. Ditto close to gravel driveways for bad landings.

Nearly all of my boxing partners from then are dead. I am “now” old. A survivor of sorts.
They were felled - over the years - by heart issues, stroke and one from AIDS.
Still in touch with others still on this planet - only one boxes now.
A now 71 year old former fave sparring partner - quit 20 years ago.

Tried finding boxing partners again in the 1990s/2000's but never found anyone "normal" or at my skills level. Carried Fed security clearance in DC then and was worried about “improprieties” if I was outed.

Or when in the private sector - was a company manager and gloving up with a desirable sparring partner might be considered harassment. I took a lot of management courses for a while. I held my fire.
Didn’t mean that I didn’t have second thoughts on lacing up the gloves with a him or a her!
I never went back after I left a place for another job - to hook up with anyone to fight.
There were 2 male cousins - whom I would have loved to have sparred with but no.
Two different ages and body sizes. Oh, well.

Had boxed - way back when - with a variety of guys, but more often with gay guys.
I am not judgmental. Several were fun fighters.
They ignited my fandom of guys in small swimsuits or Speedos in gloves.
Used to pitch guys pool-side at places where I lived - you got an idea of their bodies and the way that they moved from seeing them there.
Had sparred with former high school wrestlers but generally just rough-housing - they liked their singlets.

Only once - boxed with a noticeably drunk guy. I let him “win”.

Am older now and way out of shape.
(I would scare small children at public pools in my current girth.)

No silly cyber matches for me.
So I look at guys profiles now and exchange mail.
The world of fighters here seems to have grown TALLER and slimmer.
Everyone has a gym body - not me.
Plus not that many guys 60 and older still getting out in the rough and tumble.
If I lived in Florida - would probably have a better chance of older, very tanned potential sparring partners.
Though it seems to be a “wrestler’s State”.

Started blog stories - a mix of people whom I have met or known - with fictionalized tangents.
You can never tell when a story might be TOO familiar to another MF member.

Used to be very into photography - own a lot of film and digital cameras.
Since my accident last year - have lost a lot of interest in it.
Never have shot a fighter or non-pro bout. Used to enjoy shooting at pro wrestling bouts. Especially if faux wrestlers “boxing” - on the card.

I want to pose a boxer in gloves in a living room bout setting or a temporary studio and not feel weird doing so. Or use my Sony a6000 to shoot time lapse video of a private bout between 2 other guys or a guy/gal match. If you own a Sony higher end camera with a wider angle lens - try it and post your bout here. In my old age - would like to photograph boxers in gloves and small speedo trunks. Never used to think about something like that. A different switch has has been flicked on - in my brain - since my accident last year.

I know a boxer here who had shots of his partner and he in in matching gloves and trunks - done in photo studio.
Liked it. Honest about his partner and their love of boxing.

Watch a fair amount of televised boxing but haven’t bought into DAZN.
YouTube has a lot of bouts - some illegally recorded, some stupidly edited and a lot with way too much music.
Enjoy the either great OR horribly mis-matched Brit un-licensed boxing bouts.
Like female bouts but not many female MMA bouts. Too many tattoos on the girls.

Like FlickR now for punch up images during boxing or muy Thai. The contortions that a pro face takes in a pro bout.

Turkish, Mongolian and Indian (from India) folk wrestling fascinate me. I would love to see some of those styles in the US.

Guess I can advise folks on shooting profile or bout shots here - but 95% of you do bathroom mirror selfies. Often with the toilet seat flipped up behind you.
That always seems a tad creapy!
(Take your glasses off if doing a selfie, boys! Especially if posing in boxing gloves or a tiny Speedo! Quit showing those damned toilets behind yourselves! Yuck.
Use closed shower curtains for “back-drops”, too.

An acquaintance formerly on MF - had digital camera self-timer shots of himself here - not bathroom mirror shots. Took a lot of bad shots to get good ones.)

In DC had a former artist friend who logged his home wrestling bouts with friends and strangers (acquired through ads in the DC CityPaper) on with a locked down shot on video in the early days of DV recording.
To me - that made a lot of sense in case someone got hurt.
Or a trophy for a winner.
He was the first “normal guy” that I knew who didn’t care if somebody knew his fetish.
Though he kept it secret at work.
No - I did not wrestle him - I was not his “swimmer build” type!

I MF mail with folks who sound interesting or who are in the Chicago area. More curiosity.
No interest in me because of my non-competitiveness due to medical issues.

Too poor to travel these days. If I could - would be as a tourist - not looking for boxing action.

Never a hotel or ring bout in my life, though now I know that I should have booked hotel “rings” for past pugilistic opportunities.
When I was younger and “smarter” would invite near-total strangers into my abode - “trust issues”.
No, lust for a guy to box with. Luckily never got murdered or violated. Stupid.

Have fun. 2020 rolls on.
In my small town - June seems have produced a bumper crop of good looking muscular shirtless guys running or biking. I can look, envy and ogle.

If you don’t box - try it. Even informally. Be smart and use real gym gloves not toy gloves.