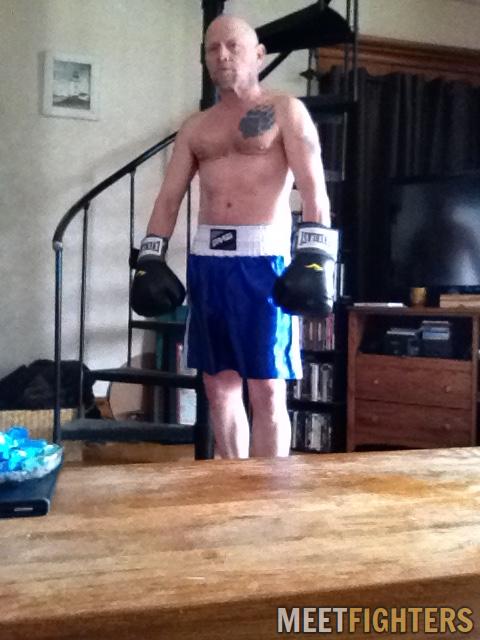 I am willing to travel 75 kilometers

Wrestled in my 40's,and recently got an urge to do it again. More sub wrestler,some gut punching. Big into nip play, and recently bought boxing gloves with head gear. Also into Skype,just ask. Have new set up for mats,just need to arrange it. Not looking for anyone under 45. Just a preference.

My match yesterday with Cterosub was exceptional. Maybe one of my top matches on MF thus far! He is well-muscled and is an experienced wrestler. We were pretty evenly matched which made the match all the better. We could have wrestled for hours! I hope we can get together on a regular basis. Very highly recommend.

Had an amazing match With wrestlerct . He is a bit bigger then I which gave him the advantage,but I think I held my own. Defiantly want a rematch. He's also a great person to hang with.

Met with this hot, feisty man at THUNDERDOME , this past summer. We exchanged many holds in our sweaty match! He’s definitely resourceful and strong willed so that makes up for a great opponent. Def recommend him to all interested in having a good, fun match!

I wrestled Pedro at Thunderdome wrestling event in MA this past Summer,and he's one strong man. Have to admit he's a lot bigger then I am so he did take it easy on me,but we both had a great time. Defiantly recommend taking him on.
Cterosub

Nice guy. Hit it off right away. Had a great time beating on each other.

Meet up with Mike about 6 weeks ago,and don't know why its taken me so long to right this but he is defiantly someone to wrestle. Has a great set up at his place,and didn't overwhelm me with our size difference. I cant wait to take him on again

Glenn was the match/fite I have been waiting for- saw his file, liked his pics & said this Stud would def test my limits & he certainly did but as tuff as he was, his fists hit a brick wall, just sayin, grin. It was gr8t seeing a guy deliver what I thought/hoped he could- I have a timer for my boxing rounds & suggested we start w using those 3 minutes to test how tuff our bods were against each other; G not only packs a punch but he wallopped my gut & pecs for the entire 3 minutes; not being a trained fighter, G knows how to throw a punch, where to throw them & does so rapidly & repeatedly- gr8t gut puncher & def potential to be a damn good boxer; just too damn bad Mr. Tuff Guy couldn't make me this old man flinch (LOL- couldn't resist Glenn); & it was fun seeing him get angry & frustrated, wch only made him throw harder & faster punches, all very powerful; & no, we didn't stop there- he really wanted to bust me up so much (& enjoyed trying, grin) that he did 2 more 3 minute rounds at the same level of intensity plus an additional 2 minutes w my ankle weights as mitts- U will have to ask him if I was tuff enuff to take it (& the answer is a def U betcha tho the gut & pecs were red & sore at the end). & yeah, I def like the punchee/punchee BUT I obliged G by lowering the time limit & level of intensity v him- he is rather solid & took many hits BUT next time Dude, U get what U give- only fair I return the courtesy, grin. Only regret is that we didn't have time to wrestle- he is powerfully built, strong & def woulda been a serious challenge on the mats- hopefully next time.
& as tuff as this Stud is, G is def a real FUN guy (back to Stables 4 dinner, lol) who happens to be a very sexy man- TU for the meet Glenn!

What can I say about this man that's not obvious, he has the hardest body I've ever had the pleasure of punching on. If you have seen his profile,then believe what you see, he's everything and more. We went through 3 rounds of gut punching ,more time on his than on mine, and after 3 rounds,not only was I completely worn out ,but my fists were blistered and torn up,and he barely flinched. If you men out there think you have what it takes being tough,give Phil a try and believe me, he'll prove you wrong.
Not only was he a great find on here but he's one hell of a man. I had a great time talking with him and afterwards we went to dinner. He actually gave me the encouragement to better myself physically,and hope the next time we meet i'll be able to go 3 min rounds with him instead of 1.5.
Thanks again Phil

Cterosub is recommended by CHESTer

Cterosub and I had met about 10 yrs ago on another similar site and all I was able to remember was how terrific it was. We recently reconnected on MF.
Like I said, I remember our first meeting as being great, but this reconnection made me truly remember how much so.
This is one incredable package. His body is tight, compact,beautifully defined and if you thought that size matters as far as strength, well then this freakishly strong man has something to teach you.
I have 50 lbs on him but he not only took every punch I threw, but then threw a few at me which sent me against the wall.
He then tossed me around like I was a piece of tissue paper.
I only hope that we can continue to meet, because he is too good to only have once.

CHESTer is recommended by Cterosub

Have to let everyone on meetfighters know not to underestimate this man. He has the strength of most men half his age, and was able to withstand anything I could give out. Glad I was able to re connect with him after 8 or 9 years. Was well worth the wait. Thanks again F

Meet CTerosub today for some submission wrestling. Said before we started he had not been on the mats for a few years. It certainly did not show when we locked up. He definitely knows how to wrestle! And don’t let his size lull you into a false sense of confidence. He can roll with a bigger man and will beat you if you are not careful. Definitely recommend this man and look forward to round two.

Had a great match with nhgrappler,1st match in about 10 years, and really enjoyed it. He prefers pro and knew I had no experience with that so we wrestled sub. Want a re match with him.