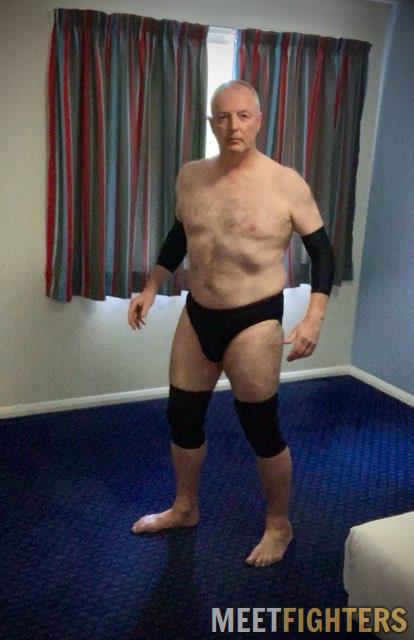 I am willing to travel 100 miles

Match structure: Even match, Give and take, Practicing techniques

Like the old World of Sport style pro wrestling.
Have taken part in many mixed (mvf) matches previously and the occasional (mvm) match.
Been looking at doing some (trans v m) as well.
Have filmed (fvf) and (mvf) pro style matches previously, and will be doing more, and some (mvm).
See my Watchfighters (stephenphoto) page for a selection of mixed/male/trans wrestling clips for sale.
https://www.watchfighters.com/channels/Stephenphoto/videos

Stephenphoto is recommended by ifonly

I had the best time with Stephen. Straight away he put me at ease and we had a great conversation.

This was my first experience with pro-style and he really took me under his wing and went at a pace that was comfortable for me. The two matches that we did were so much and I want to do it all over again.

Stephen was gracious enough to meet me at the station and get me the last little ways down to the ring. I'm grateful for that because my anxiety was through the roof.

I hope that this is the first of many meetings I have have with Stephen, I would highly recommend him to anyone.

ifonly is recommended by Stephenphoto

Met this gent (ifonly) for his first time match in a ring at the MWC in London.

Correspondence from the outset was simple, concise and informative. This laid down all the details for the day and the match options.

Before the match we went through some possible moves and variations there of. He 'sells' the moves really well, literally some of them he had only been shown ten minutes or so earlier. For someone who had never done a prostyle heel v jobber match before, that anyone watching at that point would not have known, or been able to tell.

We stuck to some pre agreed parameters during the matches, and this helped the flow of the match considerably. In his role as a jobber, he looked and played the part with considerable aplomb. Add to this is willingness to learn made this an enjoyable couple of matches which we got onto film.

I would thoroughly recommend Ifonly to anyone who wants a match with a decent, hard working jobber, I'll certainly be planning to shoot some more filmed matches with him.

Top bloke in and out the ring.

I spent a fun hour or so today being thrown around the Walthamstow ring (on camera) by this big, strong fella. Stephen is a consummate heel, with an impressive arsenal of holds and moves under his belt. More importantly, he knows how to apply them correctly and safely, with total respect for his opponent’s well-being. We had agreed in advance the style of match we wanted and my limits as a jobber, which Stephen fully respected throughout. He is also exceptionally skilled at filming matches and I am looking forward to seeing the edited highlights! Highly recommended and many thanks, Steve! Hope to see you again!

Caleb is a gentleman of the old school variety.
Easy to deal with in making arrangements for a match. Simple and straight forward detailed correspondence beforehand laid out all the ground rules prior to the match itself.
We used the ring in Walthamstow for a pro style heel v jobber match, and Caleb excelled in 'selling' the moves and holds that he was placed in throughout the bout.
Deceptively strong and resilient, with a high level of fitness.
Would absolutely recommend for anyone seeking a safe, sane match with excellent communication in arranging.

Absolutely reliable. Easy to make arrangements. We had a really good safe and sane pro style match in the ring with a female ref. Stephen knows his stuff and can heel or job. He is strong and looks the part in his kit. I would love a rematch.

Good and easy communication throughout. Planned in detail from start to finish and to the actual match. Easily adapted to a late timing change on the day.
As for the match itself, a safe, solid WoS style match going back and forth with a female Referee.
Mark is 100% reliable and can easily slip into a heel or jobber role.
Recommended for a safe, sane and enjoyable contest.

Find me on WatchFighters!