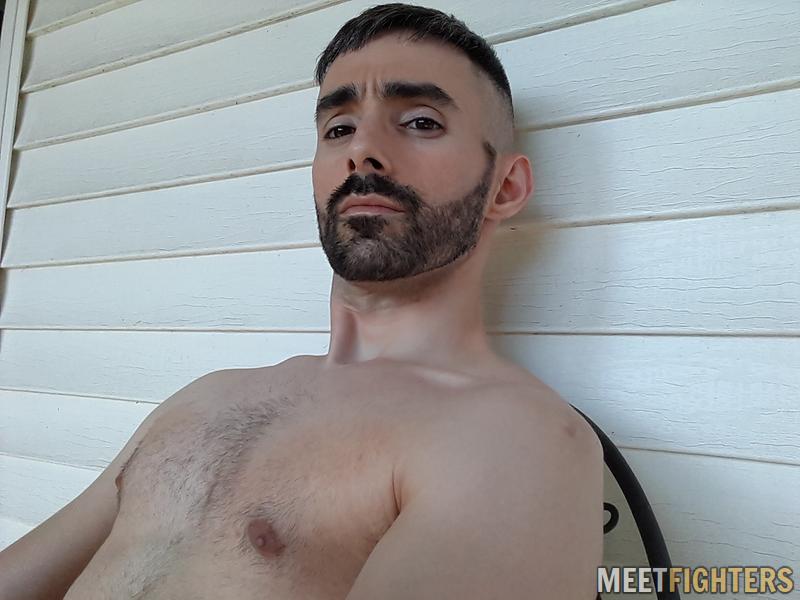 Side Note: The Unreliable / No Show under my recommendations is an out-right lie. I did not agree to meet up with him. He harassed me to fight him on Grindr when he was visiting New Orleans during the start of the COVID-19 Pandemic. I was not interested in him, could not host at the time even if I was interested, and did not agree to meet him in person. He put that on my profile out of spite, and site admins refuse to take it off. I'm currently waiting to see if Grindr can provide a transcript of the conversation so I can show admins he's lying and get his profile banned for abusing one of the site's more questionable features. If I seem stand-offish, I'm just really angry that he's able to post slanderous lies about me where the public can see it.

Was a perfect guest. Great on the mats too. If you have the chance to throw down with him, take it. Had a great time with him.

Pablackbelt hosted me during my trip to Pennsylvania. Man was courteous, kind, and pretty good on the mats. Highly recommend hitting him up if you're ever in the area.

Boxed him while he was visiting New Orleans a few years back. Was a good fight. Hope to go a few rounds with him again sometime soon.

MoonKnightFighter is kind of a celebrity in the fighter community so I don't think I need to write an extensive review. I enjoyed wrestling him and hope to get a few matches in after I finally graduate in Fall of 2022. He's a cool, laid back guy so don't hesitate to reach out to him.

Highly recommend this guy. I'm a newbie so I appreciated that he both respected my limits and pushed them to the fullest extent. He's got a tight body and his agility will wear you down.

sublimate is recommended by Evangelleon

Evangelleon is recommended by legend05

Evangelleon is an amazing opponent. We have meet many times and done many different encounters. From wrestling and grappling to boxing and impact, he's both matched energy and pushed me further in each. And by far the sexiest guy I've gotten to meet up with to date!

legend05 is recommended by Evangelleon

I've wrestled Legend05 numerous times, and it's always a good fight. He's friendly, experienced, reliable, a good friend, and has a nice rugby player build. Definitely recommend him if you're ever in the area.

This guy is total tops. Sexy, witty, funny, and tough as nails. Had a whirlwind of a time as he was a gracious host in Nola after my wrestling plans fell through. I kicked his ass for his niceties in his house (which he blamed on spicy foods) shortly after we tumbled down a huge ass hill together from wrestling publicly before getting on the ferry. Will def look this guy up any time I get down there as it's always a guaranteed great time.

We wrestled a while back when he came to visit New Orleans. Wrestling around on the levee on the way home from downtown was awesome. I really enjoyed the time I spent with him. Awesome guy and looking forward to a rematch.

Evangelleon is not recommended by dan9692

He's tough. Very tough and really enjoys some up-close and personal throw downs. We've met a couple times and and all I can say is the matches get intense and the sweat beads roll. Until next time...

Bxrphx is pretty epic both in and out of the ring. The man's got a nice body, handsome, reliable / trustworthy, and is a really cool guy. I initially boxed him years ago in Phoenix, and it was a good, sweaty fight. I recently met up with him again, here in New Orleans, despite sleep deprivation from intense studies involved with the R.N. program that I'm in. I couldn't say no though, and again it was an epic experience. If you get the chance to set something up with him, I highly recommend doing so. You won't regret it, and you can trust him. Until next time, bro.

Great guy to hang out with. But once the gloves were he was tough. Cant wait to see him again.

Great guy, enthusiastic fighter, and awesome host. I didn't get to box him as much as I wanted to while I was there, but I'll be back after finals.

Fun time boxing this dude. I pushed him out of his opponent-weight comofort zone but he handle it well. Love how always gets up and shows infinite determination.

Putting the fact that he has the body of a Greek God aside, he's an awesome, laid back guy. I generally go for even match-ups when it comes to fights, but flexboxer is one of the exceptions. I had a lot of fun boxing him and I would highly recommend gloving up with him if given the opportunity. I'm definitely looking forward to boxing him again once my travel plans sync up with his availability. >:P

Evangelleon is recommended by Lightweight21

His pictures say it all - really hot guy with an amazing body. Had a very hot light boxing match followed by some wrestling - would highly recommend you get in touch with him and can't wait til he moves closer to where I live!

Lightweight21 is recommended by Evangelleon

Wrestled him twice so far during his visits to New Orleans. Just an awesome guy. Cool, good-looking, hot, and fun. Highly recommend wrestling him if you're in or are visiting the area.

Tough strong and tenacious, this guy doesn't give up. Lean and in real athletic shape and a great time on the mats. Awesome guy off the mats as well!

Dude is an epic fighter and a great guy. Highly recommend him.