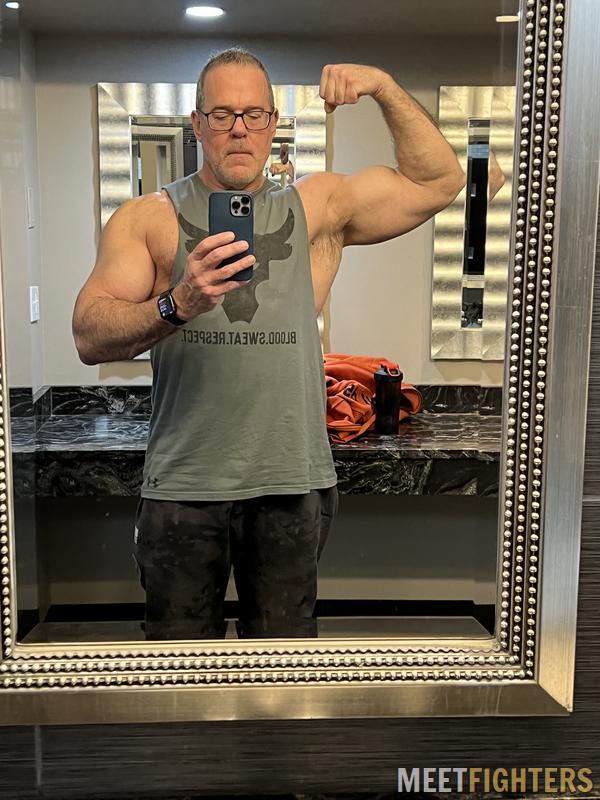 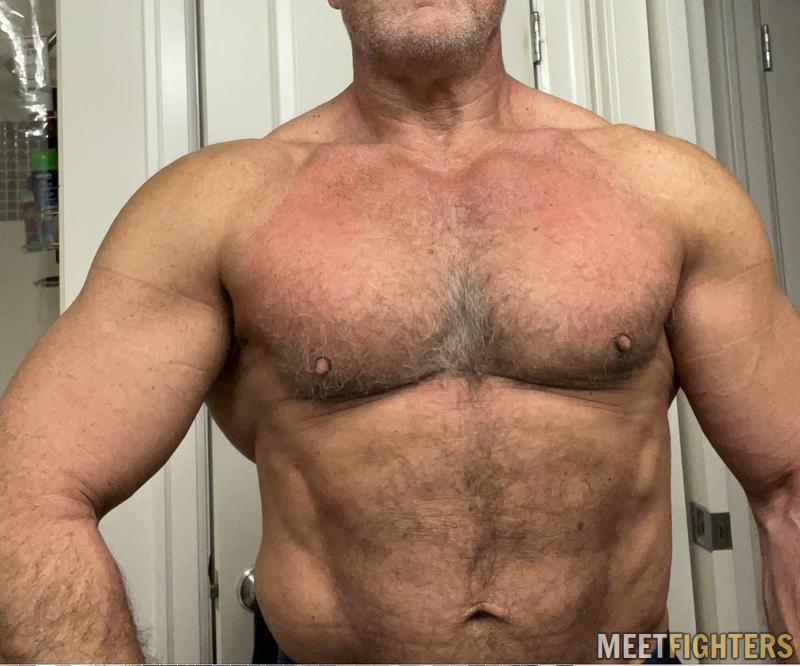 New to wrestling. Always been a major turn on but no real experience. Would love to learn more.

I had the opportunity to lock up and roll with this beast on my trip to Boston. I missed the big match with him and a few others due to an airline issues, but he managed to find time for a second round with me and FL8892. I like wrestling big guys and he's well reproportioned for his size, charming, and when I I walk out to me him was like damn. His arms are massive. I was a little shocked when I beat him arm wrestling, but the rest of the time was awesome, and he is relentless – its ashamed he kept getting caught up in my leg scissors, which was about the only way to control him. Cannot wait for another opportunity on the mats with him.

KronikMA is recommended by FL8892

This huge bodybuilder's pics don't even do him justice.
I had the opportunity to wrestle him twice this week and it was great.
20" guns and all power. Resilient wrestler who can fight non stop for a long time. Highly recommend him and looking forward to my next match or a tag team with Latinman31 vs him and pinopponent 😈

Boston Stud is recommended by KronikMA

I’ve been chatting with Boston Stud for a while but could never seem to get our timing right. Finally our schedules aligned and we were able to set something up quickly. I have to start off by saying what has been saiid in previous recommendations. He’s friendly, handsome, has an incredible muscular body and killer quads. We chatted a bit first and he asked me what I liked for a match, after that, I spent about two hours getting wrapped up and forced to submit in numerous holds. Despite having 4” and nearly 70 pounds on him, he is a Beast. No matter what I tried, he seamed to easily take control. Then his heel side began to show. My relative lack of experience and his skill and muscle was too much to overcome. Afterward we chatted a bit and he slipped in a few more submissions to show who’s the alpha. I had a great time with this great guy, highly recommended! Hope for a rematch soon.

KronikMA is recommended by Kayden

Got to meet this huge hunk of man early in his wrestling career and I count myself lucky. He's obviously strong as hell and with a little .ore experience he'll be tough to beat. Also had a great time with a great guy and we both had a lot of fun rolling and trading holds. Will definitely be wrestling him again.

Kayden is recommended by KronikMA

I had the good fortune of meeting Kayden. He was easy to chat with accommodating and we set up something quickly as our availability lined up. I have to say I was excited and a bit intimidated with all his experience. He’s tall, good looking and has put on about 25 lbs of muscle since his pictures. He was welcoming when I arrived and easy to chat with and has a great set up. When the small talk was over, he put on his game face and we locked up. He definitely dialed it down as this was only my second match and he managed it enjoyable and last. He’s very strong and quick, and if I let my focus drift, I was locked up in an instant. Hope for a rematch soon, maybe he won’t take as easy on me ;). Highly recommended!

KronikMA is recommended by Bigdaddy

This big muscle stud is new to wrestling ..he is strong and fun.. good looking and built. We went at it off and on for 5 hours working up a good sweat together. He's got some tough balls and can give it as good as he takes it. Looking forward to some re-matches with this big muscle man.

Bigdaddy is recommended by KronikMA

Had a great time with Big Daddy. This was my first real match here with this big strong guy and he showed me some holds and we went at it for hours. He was very friendly and easy to talk to when we weren’t locking up.. Hope to get together again.