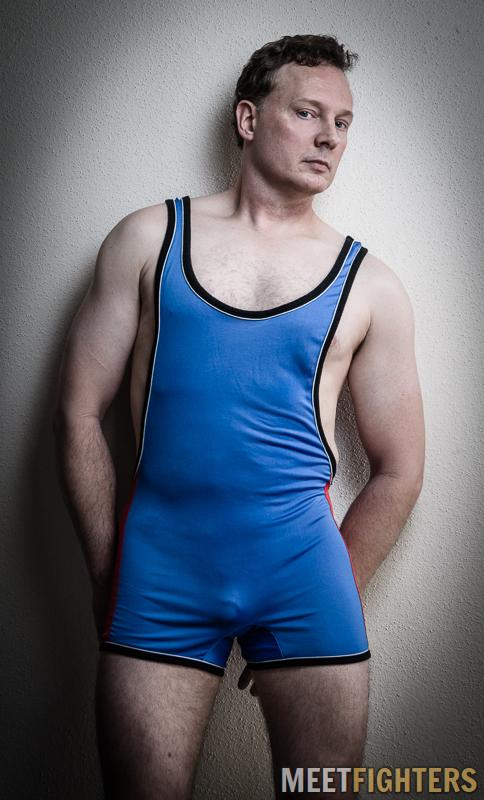 **Recent injury has me recovering for a few weeks. Should be back on the mats soon**

Have now had two matches with MatmanTX and both have been great in different ways.

The first time around we matched each other in armwrestling, both winning every bout on our dominant arms and I took the wrestling in decisive fashion, one of my most dominant performances ever.

This time around and we wrestled first, MatmanTX had totally cheated by taking BJJ classes in the intervening three years and managed a complete reversal of fortunes. This time it was me who couldn't get a sub out of him, no matter how hard I tried. I did manage to keep the damage down to half the number of subs I got from him last time however, and this time I dominated the armwrestling on both sides only letting slip of a couple of bouts on the right arm.

So in wrestling it is one match each. Let's hope it isn't another three years before our third match.

Was lucky to catch Marcus on my recent London visit. We wrestled once before about 3 years ago and he wiped the mats with me. I did manage to beat him then arm wrestling with his right arm (but never with the left).

This trip and match with Marcus I was able to redeem myself and get some sweet revenge. Nothing like hearing a hot sexy opponent telling you “I give.” Had a fun time with him and tried arm wrestling again (this time only managed to win once with my right).

Marcus is a fun and tough opponent. Anyone visiting the London area should definitely challenge him.

MatmanTX is recommended by Starkie

had a hot , sexy match with Mat man in London. reliable and perfect gentleman, but tough in wrestling, get him on the mats you'll definitely appreciate the space. wrestling on bed doesn't do much justice, i'm sure i haven't explored all his techniques, but we definitely got into a hot and sweaty time anyway. really enjoyed it and hope our paths cross again some day.

Starkie is recommended by MatmanTX

Starkie might look cute and innocent but watch out once you get him on the mats. Strong and knows his technique and enjoys the struggle. He's a super friendly and cute guy and a very welcoming host. I enjoyed our hot sweaty match and look forward to our next meetup.

MatmanTX is recommended by rasslin bodybuilder

really strong guy, trained with some knowledge in BJJ holds, loves armbars, technical locks, gives me quite a lesson making me tap out in different variations.

rasslin bodybuilder is recommended by MatmanTX

Nice jobber on and off the mats. Can take a lot of punishment and keeps coming back for more. Muscular guy with strong legs and a crushing bear hug.

Met MatmanTX in the GP ring yesterday. Got down to singlets and wrestling shoes and faced a jet lagged but determined opponent who quickly reinforced my experience with American wrestlers; those guys know there moves and are skilled technicians. Much to his bewilderment, as he is a fair fighter, I had to use the ropes and some unorthodox moves to gain some subs out of him and try and get even. I had a great, hard, exhausting sub wrestling time with this charming man but dread to think what he'd have done to me if not jet lagged. A great time with a great wrestler. Just don't get caught in his powerful legs.

What a scrapper. Sexy snd charming with a little devilish, cheeky streak. Has some good tactical skills and is a strong man. Had a blast wrestling him and enjoyed making him give in a variety of holds. But he gives as good as he gets. Don't underestimate him. Lots of fun and a good man off the mats. Top marks!

Great powerful sleeper hold with lots of trash talk. Destroyed this jobber and I was in heaven!

Had a fun time with this man. Strong and safe, without attitude, and makes a sexy jobber. Would definitely recommend him.

I had a great time with matmantx. He's strong, skilled, reliable and charming- just as others have mentioned here already. A pleasure to get to wrestle with.

Wrestled jonuk the other day. He knew some good wrestling holds and had good stamina–he can definitely take a good working over. Match was easy to arrange jonuk was great to get on with.

MatmanTX is recommended by Superfly

Had a great match with this wrestler the other day, fit, strong and good stamina. Boy did this guy work hard and made me sweat. I loved his cocky banter as well. Knew some good techniques and was well executed safe and sanely. Match was easy to set up and a great host. Nice guy to chat to and humorous. Highly recommended!

Superfly is recommended by MatmanTX

Was lucky to meet up with Rob/Superfly on my recent trip to London. Had a great time wrestling this very strong and sexy man–his partner is a lucky lad. It was easy to arrange a match with him. Good technical skills, very strong (fuck I thought I had strong legs), and cocky as hell. Rob worked me over good and I did my best to return the favor. Very nice, friendly guy and just a fun time. Highly recommend him! I'll be working out harder so I can kick his ass good on our next meeting.