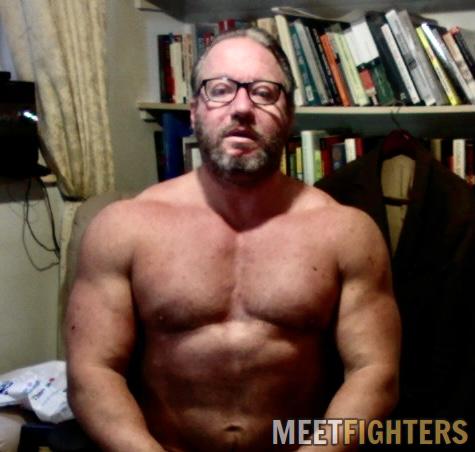 I am willing to travel 20 miles

Spent a good afternoon grappling with centrallondon. Fit, friendly guy very strong. Very difficult to get out of his holds make sure you are prepared for a good match.

21/2/21 Met again after a few years. Very very strong guy with a great body. Highly recommended for a match.

Good, long, two-way match. Handsome strong guy with good body who likes it real. Plenty of submissions. Nice guy to be with and recommended to anyone looking for a good grapple.

centrallondon is recommended by TheUnknown1230

Me and centrallondon have been in touch for some time and we finally were able to meet. Boy he was no disappointment. This guy has huge muscles, a solid grip that’s impossible to escape from, aggressive as fuck on the mat and very powerful. Even though I tried my best to give him a hard time I couldn’t do much. This man just knows how to tear another man in pieces and, very important, he can do it safely. If you like a real challenge I definitely recommend him

TheUnknown1230 is recommended by centrallondon

We have chatted for a long time and finally met in London. His pictures don't lie – he's a cute, lean and smooth muscle guy in great shape. He puts up a strong fight and has plenty of stamina so we had a long session. I did overpower him and dominate him but he continually resisted. And he can take a great deal of proper punishment from armbars to breath control / chokes. Would meet him again anytime, a great meet.

As mentioned by others this guy is strong, skilled and in control. Before the meet we exchanged messages which was great fun and helped us to work out what each of us wanted from the meet.

The meet was exciting and hot we had talked in length about what we both wanted. As I said he was very much in control and I found myself mostly being crushed or smothered in one of his holds but I think I managed to surprise him on a few occasions.

I look forward to repeating the experience again.

Nice friendly guy with a tight athletic body. Stronger than he looks. Had a good long wrestle with plenty tight holds. Ultimately I was able to control and dominate but he was a challenge. He is passionate about wrestling. Enjoyed meeting up and would highly recommend.

Had an impromptu meet in Swansea today. Despite the hotel being a bit small he certainly put me through my paces... don't ignore the other recommendations. He is exceptionally strong and those legs....jesus wept they can squeeze. I'd like to think I put up a good fight but who knows.... great meet and a gentleman. Hope to meet again in the future.

Strong is not enough to explain how this wrestler is. He can definitely break any man in half just using his arms! Massive biceps and triceps!! Bearhugs are deadly and regarding scissors, wow..!! Once he locks his legs around your head or body, you can't escape: quads, calves and glutes all flexed to dominate you! Talking about legs, this man has the strongest and biggest calves I ever saw, pure muscle! Our match was one of the hottest I've had.
Amazing wrestler, amazing person: everything safe and sane!
I highly recommend him and want more and more matches with this "bodybuilder"!!

Very handsome friendly guy i met recently in central London. Smooth lean athletic body and he likes to flex. Aggressive wrestler who has a great dominating streak and likes to try to take charge. Great Sunday afternoon of flexing and muscle worship. When fighting he can take a lot. By far his favourite moves are scissors and it was fun to lock him up repeatedly and hear him moaning and choking. Largely ignoring taps it was good to keep him in a hold and play with different pressures. Overall it was one of my favourite encounters. I fully recommend him and can't wait to wrestle with him again soon. Great guy, top quality relaxed fun.

Rock hard muscled guy who took control the second he walked in. Friendly guy off the mat, extremely skilled and creative heel when fighting. Powerhouse from head to toe, would definitely meet again in a heartbeat.

Friendly easy going guy likes it quite rough. Easy to arrange while he visited London. Good sweaty roll around . Would recommend and would certainly meet again.

A lopsided match, but a fun one! centrallondon is a huge guy with seemingly unlimited reserves of strength. If you're in London (and much stronger than I am), you may have a shot at getting him to submit :-)

I met nycguy86 in London while he visited for a few days from NY. Very easy to arrange and he had rented an airbnb so it was all really simple. Very friendly and straightforward guy with a tight lean defined body. We did submission wrestling and he had lots of energy and endurance. I may have been a bit big for him but he put up a good fight. It was fun rolling with him and I would recommend him to anyone thinking of meeting him. He seems to travel a fair bit so plenty of opportunities.

centrallondon is recommended by Antho1984

Strong and muscular wrestler who like it rough. Was good to get submitted by him even if i was not in mesure to get one submission. Enjoyed it and recommande him. Don't hesitate

Antho1984 is recommended by centrallondon

Met for some submission wrestling. Straightforward friendly guy, easy to arrange meet. Good roll around with plenty of submissions. He enjoys his wrestling.

centrallondon is not recommended by Aspen

Aspen is not recommended by centrallondon

centrallondon is recommended by Starkie

Wrestled central London recently, strong even though he says he's out of shape hehe. Reliable and standup guy. Like his fights hard. Go for it if you're in town.

Met at his place a couple of years ago. Strong wrestler...and good looking guy. Would definitely wrestle again if schedules allow.

Met in a hotel room in Central London. Very friendly guy. Easy to set-up. Got straight to it. String guy, full of energy and good fun. Into his wrestling and genuine guy. Recommended.