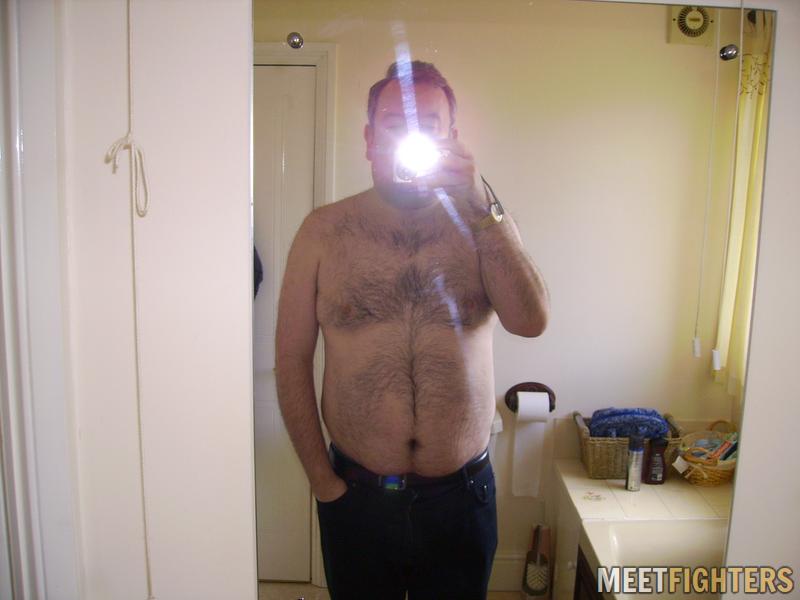 Hi. Looking for mates to fight with, rough but sane.

Had a fist fight with this guy a while back.

Was a good bout, lots of punches traded by us both. Verbal at door & the punches flew.

As we have unfinished business need to fight again

Met up with Grapplewilts for a brief outdoor scrap a while ago and proved a good contest. He's a big lad who knows where to place his punches -but then I know my takedowns too. Great to meet and safe and sane!

grapplewilts is recommended by marklondon71

Had a good punching match with this big guy, took a lot of punishment, and gave a lot, would like to meet again.

grapplewilts is recommended by The Kestrel

It was a pleasure meeting ian, he looks big and mean but he is a proper gent, makes you work hard and keeps it safe.

Great guy off the mats too, very open and talkative and a nice guy to be around

The Kestrel is recommended by grapplewilts

Kes is a great guy. He is strong, stubborn and makes you work hard and, I think, a quick learner. He will become a formidable opponent.
He is a gent on the mats, and off them. Had a very enjoyable afternoon with him. Highly recommended.

Had a great match with this giant! Even though I'm more experience then him, he sure did put on a fight and was happy to learn new techniques! It was really enjoyable to wrestle him and it's fully recommended!

Enjoyed a great match with this guy, who beat me comprehensively. He is strong, determined and skilled, but adjusted to my level, keeping it safe. Definitely recommended.

Had a Good session at the Rochdale Mat room with grapplewilts. mainly took what i threw at him including gut punches, chokes and arm bars. he took a lot and is very strong. Would recommend him.

Had a good session with this guy. Strong guy but safe with it, does what he says in his profile, and sticks to agreed limits. Would recommend.

grapplewilts is recommended by Tanker

Met Grapplewilts at the Rochdale Matroom for a one on one Heavyweight bout.
He is a Big Bear of a Man (Jovial Teddy Bear rather than grizzly in personality, tho very strong & good defence& attack skills) We worked up a a fair old sweat in the course of the 3 hours or so we wrestled & had a fairly full on body punching session.(With both sides drawing blood lol) Had a very enjoyable time with him, would meet again. Driving home over the Pennines my shoulders were aching plainly he gave me a good workout!

Tanker is recommended by grapplewilts

Had a great afternoon wrestling with this guy, gave me a good sweaty workout, which I am feeling the effects of. Strong guy, difficult to handle, good attitude on the mats. Nice guy off them. A great meet.

grapplewilts is recommended by Superfly

This is a strong guy to grapple with, and his bearhugs are lethal. Spent a good two hours of sweat induced grappling with plenty of subs. This guy knew some technical holds which had put me in my place. His best weapon is his strength where he used it in a safe n sane way. Nice guy on and off the mats too, friendly and reliable and def was not a time waster. Def worth a meet, recommended.

Superfly is recommended by grapplewilts

Had a really enjoyable couple of hours, with some hard fought grappling. This guy is strong, stubborn and tenacious, and does not give in easily. Great work out. Very nice guy to talk with off the mates, very easy going. A pleasure to meet him. Highly recommended.

I have met grapplewilts twice now; once indoor and once outdoor. He is a great and very strong fighter, but patient and good enough to show me a few moves before turning on the power! I would definitely recommend him to anyone - a really friendly man outside the fight, and a very hard competitor within it. I look forward to meeting him again soon!

Have met crb42 twice and he is a great guy. May be new to this, but has determination and strength. I reckon he will be a formidable opponent. Enjoyed the meets that we have had, he is a very nice guy away from the mats. I hope to have many more meets.

Had a great session with Grapplewilts. He is a good guy out of the ring and in. Along with being a great opponent he is a hard but fair fighter and I look fwd to hopefully having a rematch in the future. Highly recommended.

Had a great match with this guy. Strong, stubborn and hard to submit. Nice guy off the mats as well. Highly recommended.

Recommended without hesitation. Good wrestler, plenty of aggression and competitive, but a really good bloke with it. A great guy.