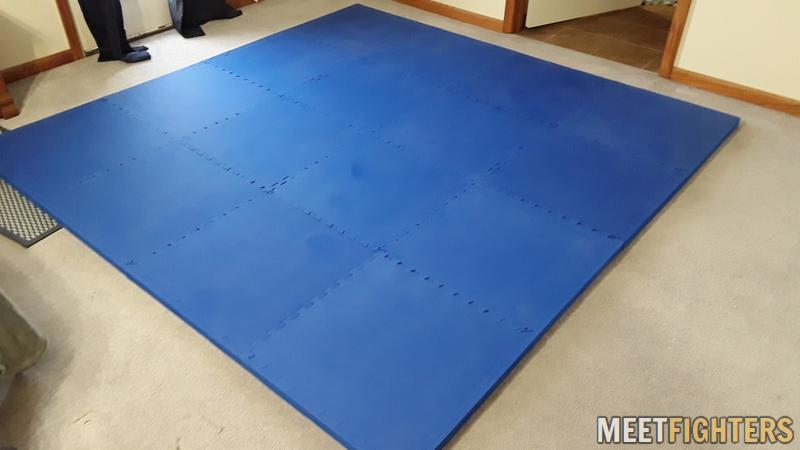 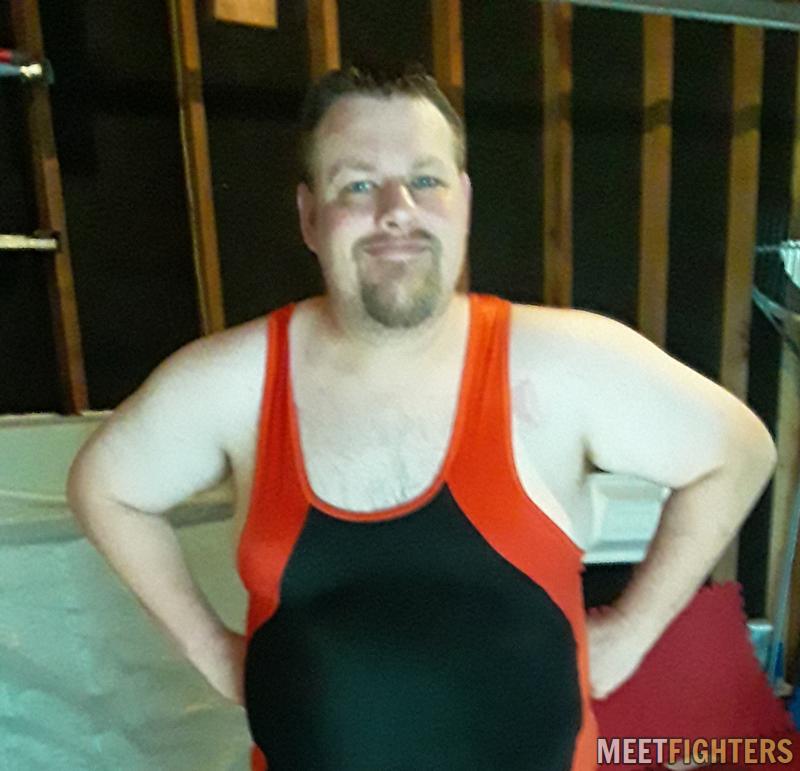 I now own mats and can host matches. My place is only a couple of miles from Interstate 77 and US Route 50. If you are traveling south through western PA or Ohio, make a detour to I-77 and wrestle at my place.

I've have always been interested in wrestling, but have never had the chance to learn. I am a blue belt in BJJ and have won medals in tournaments but would like to find like-minded men for wrestling. I am gay, but interested in both aspects of wrestling from being competitive in actual tournaments to competing to be the top. Looking for gay men into either but willing to wrestle straight men for sport. I take my BJJ and wrestling for sport seriously and will not let my homosexuality get in the way of a good match.

Some past opponents are not shown in the list above. Members who are blocked, suspended or on a hiatus are hidden.
Enjoy cyber wrestling? Try our brother site, ChatFighters.com!

Even though my size overpowered him, I still had a great time. I want to meet up with Darkjobber215 again.

Volkman80 is recommended by rebelwrest

I had a fun time with Volkman80. Great wrestler and fun to be with. I'll definitely wrestle him again.

We got into a very, very sweaty match, and he made it very, very difficult for me. I had an awesome time with him in a very hard fought fight, and I definitely want to take him on again.

Strong wrestler. Tough challenge and great guy on and off the mats. Communicated well and showed up ready to go! Highly recommend!

Bearohio was fun to roll against. Would definitely wrestle him again.

rebelwrest is recommended by Sam

Big and strong, merciful toward me thankfully. Great guy off the mats, fun to talk to. We met at WrestleFest.

Sam is recommended by rebelwrest

Sam can defend very well. I had to work exact hard until I got him to submit. I definitely will wrestle him again.

Bobbybencarter is FUN to be around. Fun to wrestle and fun to be friends with. You definitely need to challenge him and then hang with afterwards.

rebelwrest is recommended by Brown Bomber

Rebelwrest had me flat on the mat in a matter of minutes and it was all over after that. I couldn't move him an inch. But he's a good opponent and I highly recommend him.

Brown Bomber is recommended by rebelwrest

I was able to use my age and ability to pin Brown Bomber, but he still put up a fight and made me work for it. Make sure to wrestle him when you can.

Jobberbear is a wonderful person to be around with and a fun person when grappling. He is more than a past opponent, he is now a great friend.

Just had a match with rebel. He definitely is skilled and tough. Don't get to wrestle big guys often so was great to roll with him.

Akrongrappler is quick. You have to be alert or you will lose in a quick match. He's fun and skilled, but be prepared to act quickly if you want to have a chance of winning.

One of the nicest guys you’ll meet. Easy to talk to, tough to wrestle. Definitely makes you work with size and skill and you’ll definitely be sweating.

CRedfield is a great opponent who will use his legs against you. Make sure you keep your head up during the match and stay for conversation afterwards. Definitely wrestle him if you get the chance.

rebelwrest is a well trained powerful man.
He did take it easy on me.
I had fun wrestling him.

Fun to be around and fun to wrestle.

I had a fun meeting and match with rebelwrest. He is big and strong and experienced, which is a formidable combination. But he’s also able to keep things safe and sane during the fight which allowed us to have a tough but safe battle. I enjoyed the challenge, and he’s easy to hang and talk to outside of the wrestling as well, which made it an altogether nice experience, so I recommend meeting this wrestler.

Tad is a challenge for sure. His MMA training is a big advantage. I had a lot of fun. Three of us joined forces to hold him to the mat at one point. He was a good sport about it. Good sport, good guy.

Fun match. Fun to be around, but watch out for his gut punches

Preston is recommended by rebelwrest

He's a scrappy fighter, and will use his MMA skills on you. Great match.

rebelwrest is recommended by Rusnak

I was finally able to connect with this big man. Strong and skilled. Was easy to set up a match. Punctual and a good conversationalist. I highly recommend him to you. He will definitely give you a run for your money. Look forward to a rematch

Rusnak is recommended by rebelwrest

He definitely had some skill to him. I enjoyed the match and everything else about the visit. I will wrestle him again.

Rebelwrest is a nice guy and fun to wrestle. You can tell he has been training. Up for any rematch with him.

He worked me over pretty quickly, but it was fun. Awesome to wrestle against, and I will want to wrestle him again.

Wrestled rebelwrest this weekend for the first time.
Went a few rounds and went easy on him.
Can’t wait to really take him down at the fest in Pennsylvania in April 2022

Findog is a fun matchup, and he did go easy on me because I injured my foot beforehand. Can't wait for the next match when I will take him down.

Great roll and fun to be around.

We got to roll this weekend at Wrestlefest in PA. One of my most difficult opponents there, since he's big enough to counter my strength and has some training under his belt. I'm going to have to up my skills or he's going to be beating me soon.

Cougar is a BEAST and a challenge. He is also a blast to be around on and off the mat. Be prepared to put yourself to the max if you want to have any chance of beating him, but you will want more.

rebelwrest is recommended by Lumberjack

So much enthusiasm for wrestling. We did a little bit of wrestling and I fully admit to cheating to avoid being pummeled by this good man :)
He totally enjoys being on the mats and , except for a few Really Bad Jokes, he is a lot of fun to have in a group setting. Big, strong and good skills.

Lumberjack is recommended by rebelwrest

An awesome opponent and a fun guy. I had so much fun wrestling him, and he knows his wrestling and boxing. The best part is just talking to him afterwards. Make him an opponent soon and become friends soon after.

He makes wrestling fun. I had an amazing match with him, and the best of all he took the time to teach us to wrestle better. Whether competitive or fun, he will make you sweat and make you work for the win. Even though we live far away, we will talk often and bounce our ideas off of each other. He is someone you definitely want to wrestle.

rebelwrest is recommended by NightFall

This guy is very good, I learned a lot from him. He is very kind and hopefully and it makes me work harder to be the best wrestler I know I can be. Definitely a fun match with this guy.

NightFall is recommended by rebelwrest

He's new, but he is willing to give it his all. Fun to be around and I want to wrestle him again.

Big man. Fun guy. Playful mate. He knows how to use his size as an advantage. If you’re seeing this to consider if you want to wrestle or not. I’ve got the answer for ya: go for it!

Fun guy to be around. Willing to learn to make himself better.

rebelwrest is recommended by awill92

Got the chance to roll around with Rebelwrest at Wrestlefest in PA and this guy definitely has the skill and strength to take on any guy he faces. Good all around challenge with his Jujitsu background but able to adapt to make a match all around fun. Sweet guy off the ring mats to be around, if you get the chance to meet and face this guy take the chance :)

awill92 is recommended by rebelwrest

Very quick, have to be fast or you'll submit quickly. Definitely fun to wrestle.

Tad is lots of fun to wrestle and a great guy! Looking forward to lots more matches with him. Highly recommended.

Very experienced and a great opponent. Beware his roll.

rebelwrest is recommended by mcic

Had fun match with Rebelwrest. He's a funny guy off the mats. But his ability to use his size and muscle to his advantage is no joke. Plus he's building skill to go with it. Definitely not an easy opponent

mcic is recommended by rebelwrest

Spunky and quick. I had the size advantage, but he has the skill advantage. He got me to almost tap, but I found my skill. He's definitely on my list to wrestle again.

rebelwrest is recommended by 4fun

Had a fun match with rebel.. strong as an ox... good guy to roll with

4fun is recommended by rebelwrest

4fun is QUICK! Fun wrestle will have work on my quickness the next time.

Rebelwrest and I had been talking for a few months before finally being able to meet up. He agreed to meet me on my skill level one night after work. We wrestled around for a little bit and both left a little bit sweaty. When you are near him for a weekend, give him a shout out.

Vocaljock is such a wonderful person to be around. He clearly states what he wants before a match and we adjust. It was still an awesome match and the conversation afterward was just as great. I cannot wait to wrestle him again.

I absolutely love yonkerswrangler. He is fun to be around on and off the mat. Not only that we were able to learn something to make us better at grappling. I know I want to wrestle him multiple times.

rebelwrest is recommended by Mike Gaine

Great time. He is controlled and personable (able to talk about type of match wanted). We had a good time rolling and working on some technique. 👍🏻

Mike Gaine is recommended by rebelwrest

Mike is a tough wrestler. Not only did he give me exciting matches, he made me better by giving me tips to make me wrestle better. Mike is a fantastic opponent and a great person to be around. Can't wait to wrestle again.

Rebelwrest is a great opponent. Safe and sane and a good match. Would wrestle again!

Wreslbear is a great opponent. Safe and sane and willing to put up a fight. Definitely would wrestle him again.

Rebelwrest is a big strong rookie that will be tough to handle as he gains more experience and knowledge of holds. Don't take this rookie lightly or he will surprise you.

Racingwrestler is stronger than he looks. He was a serious challenger, and gave me a good fight. As someone who is new to wrestling, he made sure that I was wrestling in a safe manner and taught me a few things along the way. Also, underestimate him at your own peril.

He put up such a good fight within the limited space we had. We did have stakes in the match, and I lost so I had to pay the stakes. He is strong and will wrestle hard to win. Next time, we will have a larger space and bigger stakes up for grabs.